Merlin Club: The Queen of Hearts or The One Where Uther Continues to Be an Insufferable Douchebag

I'm so sorry guys - this is going to be a super short post because it's late, and I'm trying to outrun a migraine.

But this weeks episode is fueled by paranoia and douchebaggary.

Morgana flips shit because she has a dream about Arthur crowning Gwen queen. Morgana cries to Morgause and Morgause tells her it was a true dream and to fix this crap. 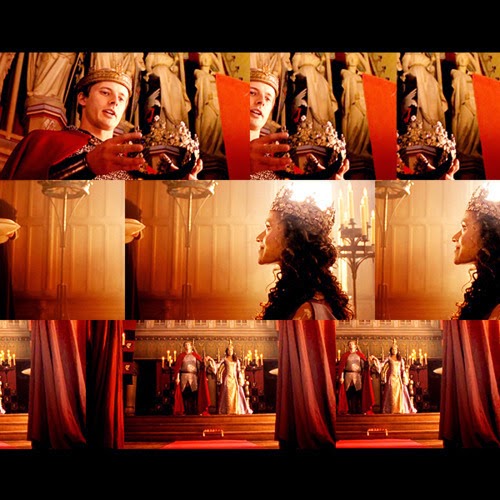 Morgana decides to play evil matchmaker between Arthur and Gwen - encouraging them to get together. So Arthur invites Gwen on a romantic picnic and Gwen agrees once Merlin convinces her that it's a great idea. 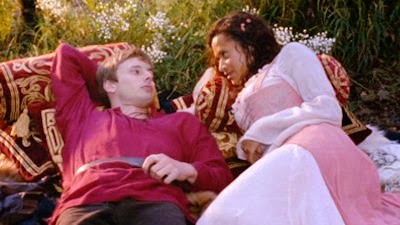 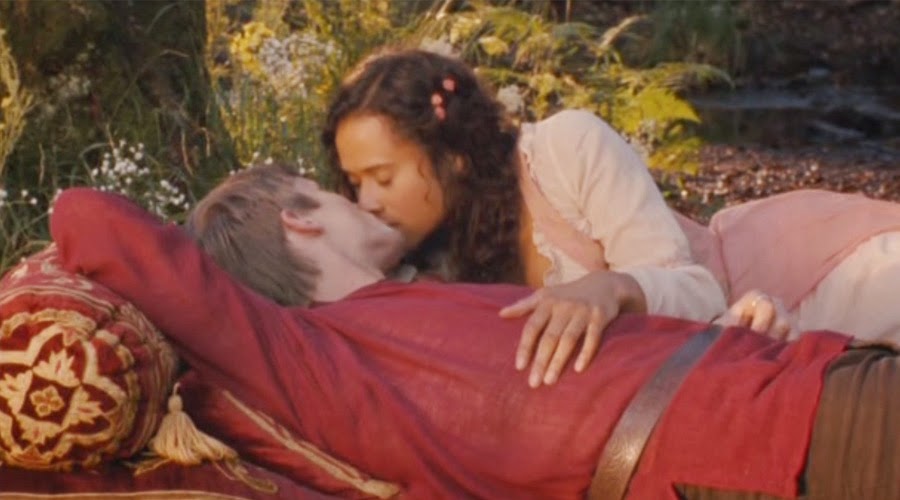 Unfortunately, before anyone can have too much fun, Morgana convinces Uther that they haven't spent nearly enough time together and wheedles until he agrees to go for a ride.

So this happens, too. 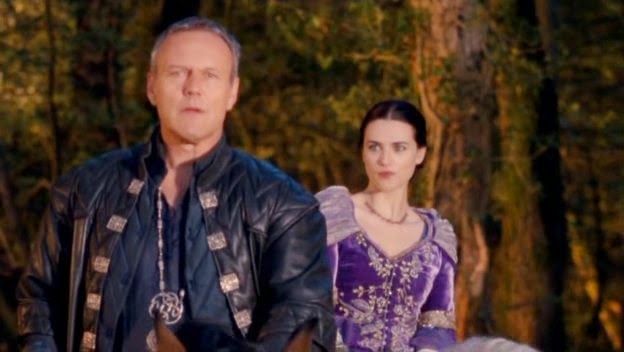 And also, this bit of awkwardness.

Back at Camelot, Arthur thinks that Uther is going to ream him out for kissing Gwen, but Uther congratulates him instead. He thinks that Arthur is getting laid by the staff and is all kinds of proud, because that's the kind of douchebag he is. I'm paraphrasing, but it's basically, "Good job getting that servant ass, son! Servants exist to make our lives easier and our dicks happy." Then he tells Arthur to end it with Gwen. Arthur isn't having it and tells his father that he's in love with Gwen. 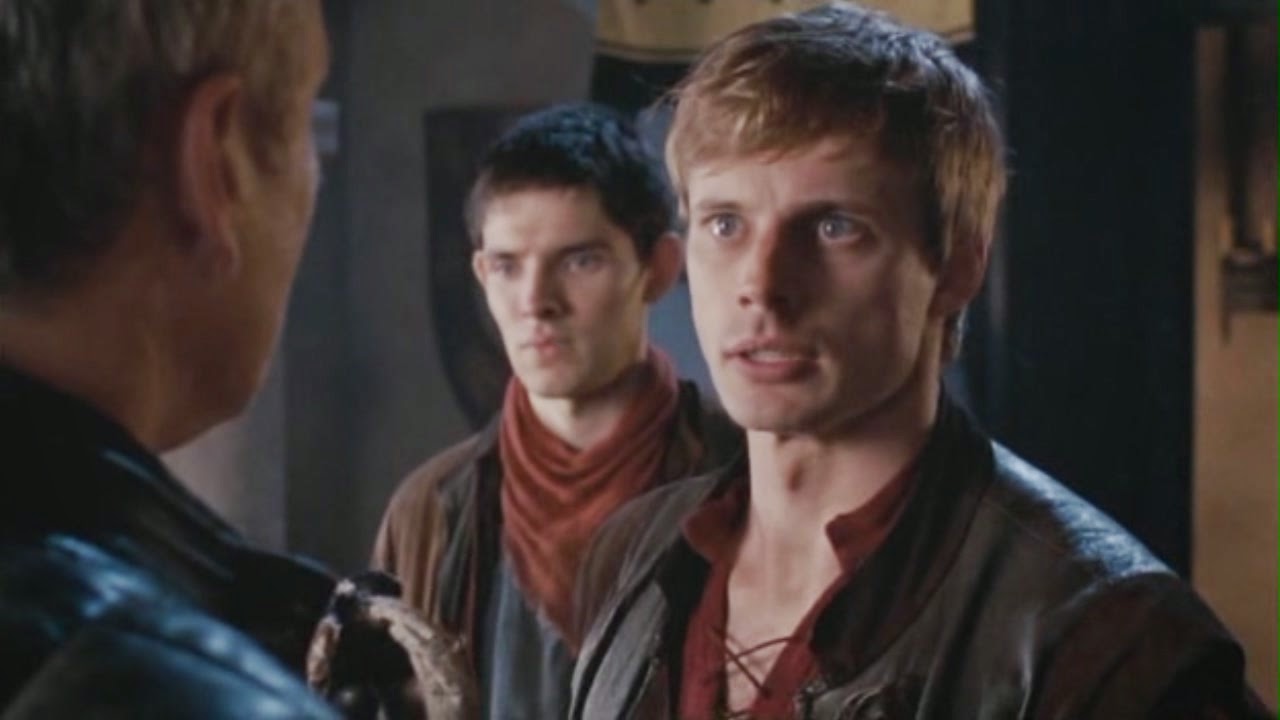 Morgana later suggests to Uther that Arthur must be enchanted to have fallen in love with a serving girl. Uther sees the inherent wisdom in this, and with cries of, "Sorcery!" has Arthur's room searched where the knights find a suspicious poultice.

Uther asks Gaius if the little hex bag looks magical and if it could be used to enchant someone. Cand Gaius, dumbass that he is, says yes, knowing what's at stake. Gwen is accused of sorcery and thrown into the dungeon to be burned at the stake the next morning.

Merlin comes up with the plan of providing another sorcerer on which the blame can fall, thus clearing Gwen. So he uses a spell to age himself - becoming Dragoon. 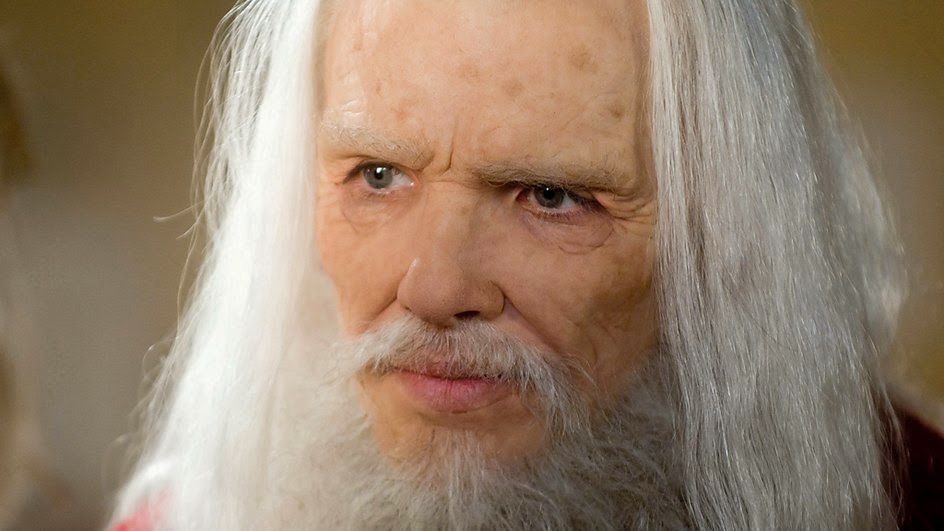 So he makes his presence known in Camelot and unfortunately, can't reverse the spell on his own and gets caught. He admits to enchanting Arthur and he's now sentenced to burn in the morning. Meanwhile, Arthur is looking for Merlin and Gaius helpfully tells Arthur that Merlin is in the tavern.

Gaius uses his magical chemistry skills and stays up all night creating an antidote. As Dragoon is being led to the stake, Gaius motions that he's got the antidote, so Merlin creates a diversion by yelling at Uther and then escaping his guards, grabbing the potion from Gaius and distracting the crowd by using magic to make the stake and all the wood erupt in a huge fireball. 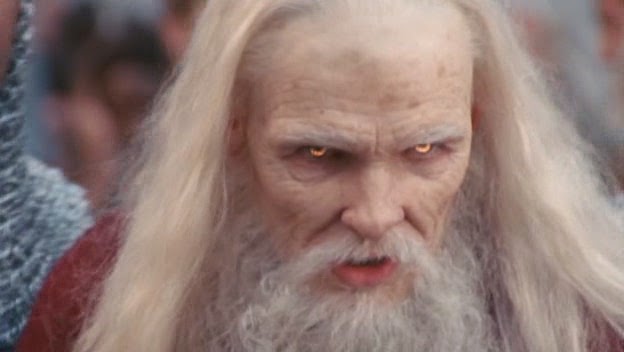 He escapes into the castle, drinks the potion and turns back into himself right before Arthur finds him and demands to know where the sorcerer went and why Merlin was at the tavern. There's also a threat of punishment before Arthur tries to track down Dragoon. 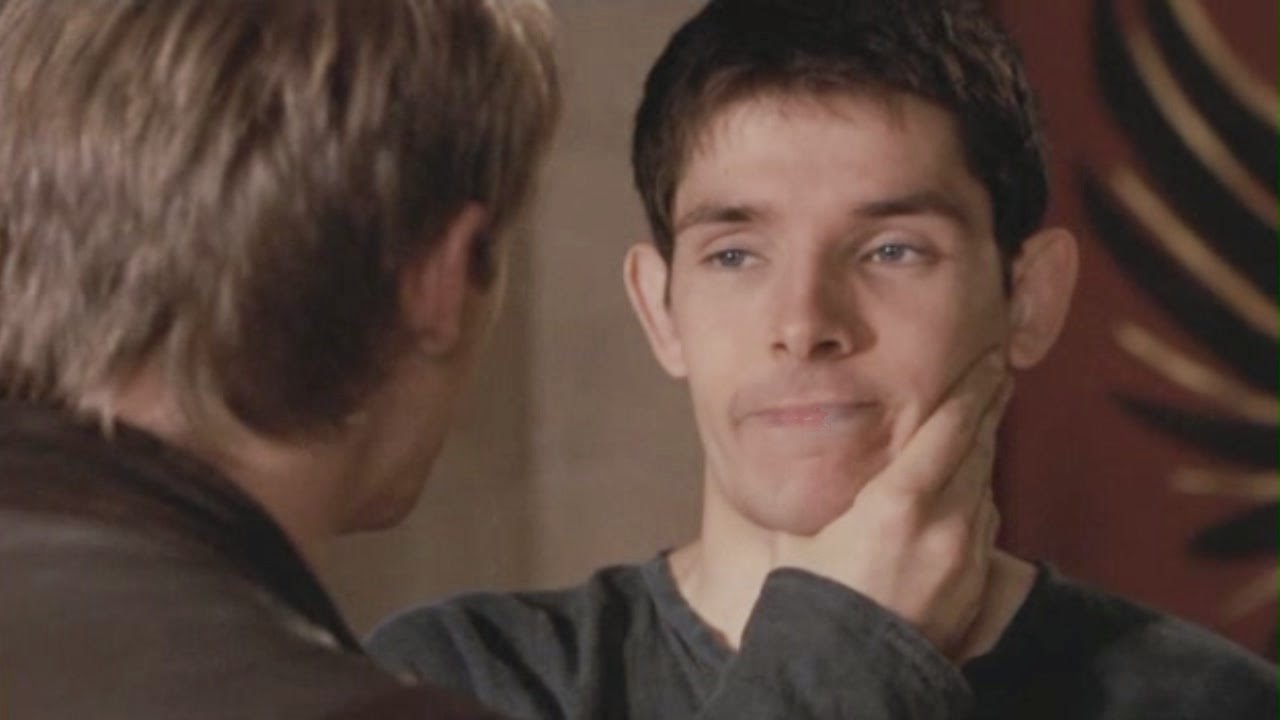 Later we see Arthur pull Gwen into an alcove and promise that they'll be together someday and we see Merlin covered with horseshit from his punishment of mucking out the stables.

Okay...now for the questions.
1. If I’d written this episode...I would have made Gwen and Arthur question the whole Dragoon situation a little more carefully. I mean, they both knew they weren't enchanted and he basically ended up saving Gwen, wouldn't they wonder about that at least a little?
2. The thing I loved/hated most about this episode. Loved: This right here. 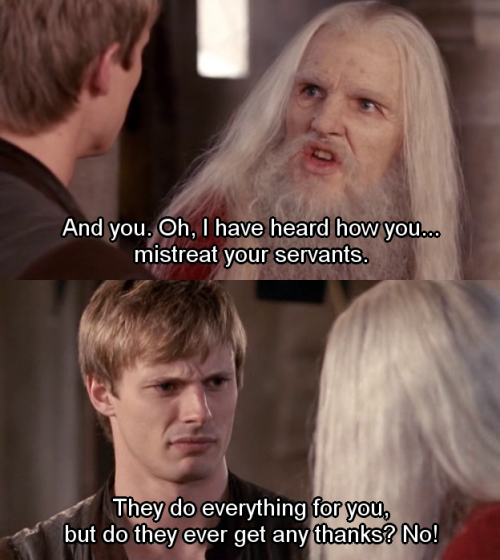 Hated: Uther's callous assumption that the servants exist to be banged.

3. Something you’ve never noticed about this episode before. How creepy the vibe is between Morgana and Uther when she's begging him to go riding with her. It's this weird little girlish begging and he's sort of indulging her like he would a mistress. It just sat wrong with me. 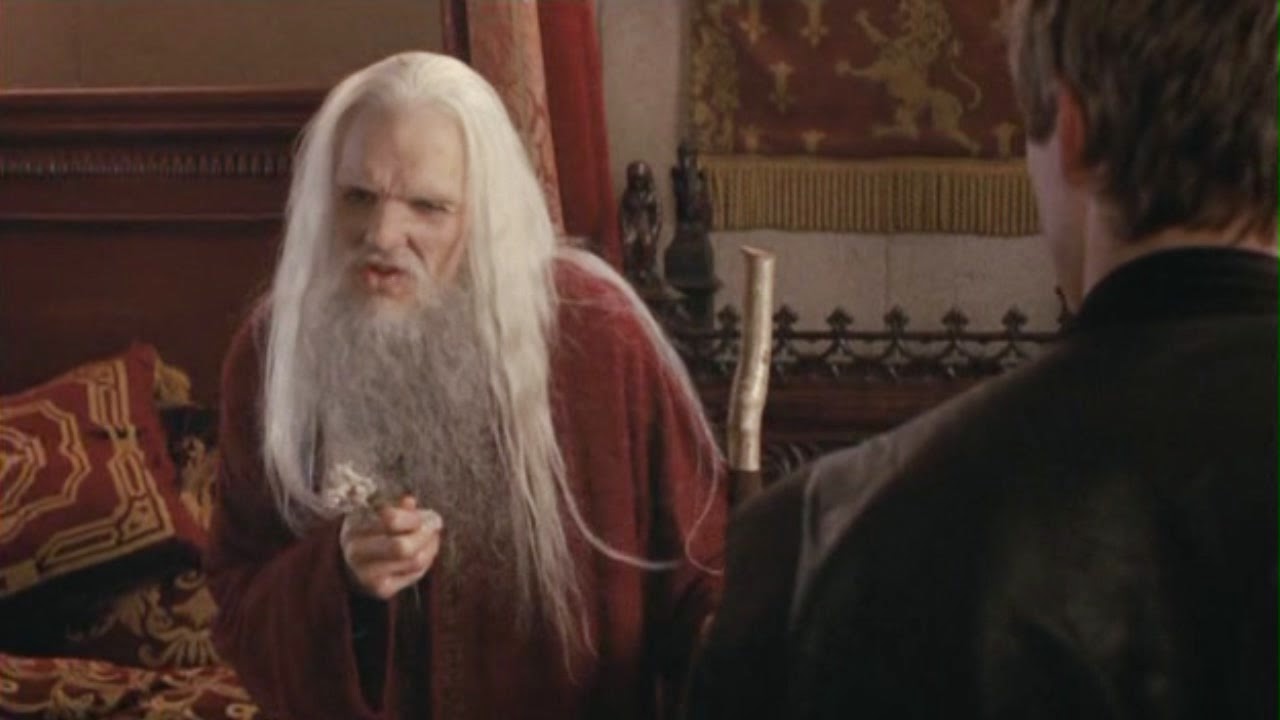 5. Here is Proof of some random head canon I’ve created. I didn't create it, but Merlin and Arthur's true love. Arthur thinks Dragoon's eyes look familiar, so some part of him recognizes Merlin.

6. What Merthur moment did Jess have the naughtiest thoughts about? See above, though that's sweet and not naughty. And I'm sure she had an entirely different punishment in mind for Arthur to mete out to Merlin. Something that involves spanking, I'm sure.
7. What made Jen lose her shit (in a good or bad way) in a bad way?  The fact that Gaius was all, "Yep, sire. Looks magical to me." when Gwen's life was on the line.
Jess' take on the episode is here, and Jen's is here.