So this week is fictional crushes. And it’s late Tuesday night while I try to cobble this post together. Trust me, when I tell you that’s it’s been an exhausting week (yeah, I know it’s only Tuesday) but I’m gonna try not to phone this in. Mostly because I’ve haven’t missed a Wednesday blog post since we started doing this way back in January, and I’m not going to start now.

These are in absolutely no particular order because I can’t choose like that. I love these imaginary people. I love them so much I would want to be friends with them in real life… Or something.

Charlie Bradbury – played by Felicia Day in Supernatural. Part of it is that I just fucking love Felicia Day. No really. Adore her. And Charlie – Charlie is a brilliant computer hacker, LARPer, and all around badass. I love that she’s a strong character with her own set of moral guidelines.  Massive crush. Plus she’s adorable.

Neil Elwood – hero of The Boss series by Abigail Barnette aka Jenny Trout. Normally, I *hate* the bazillionaire trope in romance novels. I hate it just as much as I hate cowboys, ranchers and sheiks. They’re just not my bag. At all. However, Neil turns every bazillionaire boss stereotype on its head. He’s not a douchey asshole. He’s funny, smart, sexy as fuck and wait…what’s this? Genuinely kind? All while being a savvy business man. Now, Neil is not without flaws. But that’s what I love about him. He’s not a cardboard stock character. He’s a real human being that I could never speak to because I would be a stuttering idiot in the corner. Did I mention he’s British? And also looks like Buffy era Anthony Stewart Head? And likes to spank? And…do other things? There you go. Tie - er...sign me up. 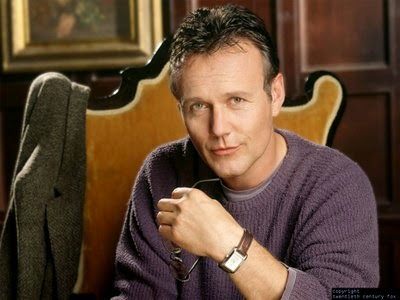 Will Graham from the TV series Hannibal. Dear lord. I have no idea if TV Will is like book Will because I haven’t read them. Someday… But (and yes, I *know* how dysfunctional this is) there’s something about broken characters that call to me. Maybe it’s the “fixer” in me that wants to take them home and make everything better for them. There’s something about razor sharp intelligence and unwavering intensity combined with vulnerability that gets me every time. Also? Hugh Dancy. 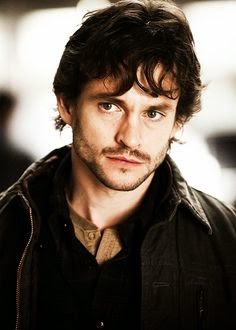 Galahad  - from…everywhere in Arthurian legend. Okay, I really love this character. He’s always trying to do the right thing and he’s always being beaten the hell down. Yeah, I know. Dysfunctional. That’s me. But the thing is about Galahad is that he never stops trying. He might be clawing his way across a battlefield, bleeding and broken, but he’s not going to stop until his quest is completed. Nowhere is this more apparent than in Jess Jarman’s Albion’s Circle series. Her Galahad is, by far, my favorite. He’s been beaten down life after life, hiding who he is and sacrificing everything. Even though he’s damn near broken, he will not give up. Although, I think he sometimes wants to. But that’s part of the beauty of Galahad. He’ll keep going forever because he’s always going to do what’s right. Even if it kills him in the end. (This isn't Galahad...but I do so love the cover of this book.) 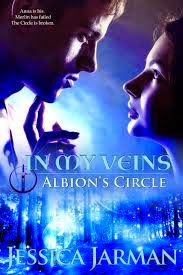 Jareth the Goblin King from the movie Labyrinth. It’s no secret that I love Labyrinth. LOVE IT. To the point that it’s one of my top five favorite movies. It has been for like thirty years – I don’t see this changing. And I adore David Bowie’s portrayal of the Goblin King. Yes, he wants to turn babies into Goblins. Yes, he wants Sarah to fear and worship him. But you know what he wants most of all? Love. Jareth is broken. Probably a little crazy. And if I’m utterly honest with myself and you all, definitely emotionally abusive. But you guys…it’s Jareth. I can’t help but love him in all his epic fuckedupness.

Other characters I love that I’m too tired to write about?

Okay – that’s probably enough for now. Who are your favorites? Be sure to click the names below to see who the other bloggers picked. I’m guessing most of them are probably more emotionally stable than my choices.

omg I love Will Graham and Jareth. Labrynth is one of my favorite movies, right up there with The Princess Bride.

I have crushes up the whazoo but here are a few.

I was wondering what to post for my first post on my blog, and now I know. Thank you! lol

Hugh Dancy is hot!! Maybe I should be watching Hannibal. I love the Will Graham character ever since I read the books. Hopefully TV Will ends up better than book Will

@Chatty Missy - Yes! Another Will and Jareth lover! :D

Let me know when your post is up, I want to check it out! :)

@Gwen - Oh dear...now I'm even more worried about Will. But yes, you should totally watch Hannibal. Really. You should.

Jareth... LOVE! But now I'm singing the song that will loop in my head for days, not just today but days. I will bring you down with me! I will!

You remind me of the babe.
What babe?

No surprise I nodded along through your whole post. I can't believe I didn't mention any Doctor Who characters. I blame deadline brain.

And I love that my Galahad meets your standards. LOL I adore him, personally.

How did I forget Neil?, I love Neil!