Interview with Jessica Jarman and More about In My Veins

What’s a typical day like for you? I don’t think I have a typical day. LOL I could desperately use one, though. I think I could do with a bit of routine and organization in my life. :)

What do you consider your greatest accomplishment? Oh wow, big question… I’d have to say, personally, seeing my kids grow up to be responsible and caring people (they’re not all the way there but making progress) and knowing I played a bit of a role in that. Professionally? Writing and publishing the Albion’s Circle series. It was a leap of faith on my part, to be sure. The story was there and I so badly wanted to tell it but had so many doubts. I’d never written New Adult, never written in first person, never written anything like this at all. I had many, many moments of doubt and fears of falling short. So finishing and releasing two of the series so far… Yeah, say that is my greatest accomplishment professionally at this point.

Do you have any collections? LOL I just did a blog post about collections and realized the only ones I really have are way too many pictures of Colin Morgan and Bradley James.

What’s your favorite word? Love. I know it’s a bit corny but someone saying “I love you” or as an endearment… *sigh* I LOVE love.

What sound do you love? Waves.

What sound do you hate? Sound of someone vomiting. *shudder*

What profession other than yours would you like to attempt? This was actually a hard one because I love what I do and think it’s the greatest job EVAH. But if I had to choose, I’d say literature professor. I love the written word and would want to share that.

What profession would you not like to do? From experience, I know I couldn’t work in health care. Bless those who do. I worked as a nursing assistant for a while and I burned out quickly. Definitely not for me.

Dog or cat person? Actually love both, but will have to go with dog person because I’m more allergic to cats than dogs.

Coffee or tea? It used to be coffee, but I’m definitely more of a tea drinker now. And my gut thanks me.

City or country? Oh hard one. I prefer the country until I need something in the middle of the night and yearn for a 24/7 store. I like the convenience of the city.

Buffy, Angel or Firefly? You can’t make me choose! Nope. I will rank them, though. Buffy, Firefly, Angel.

Morning or night person? Night owl all the way. You really don’t want to experience me in the morning.

What do you like best about writing? Creating worlds and relationships and living vicariously through my characters.

What do you like least? When life gets in the way. Sometimes, it’s unavoidable, but sometimes, it’s a case of me needing to grow a pair and say no – and not feel guilty about it. Writing is such a huge part of who I am that when I don’t, it throws everything off.

If you were a song, which song would you be – and why? Matchbox Twenty’s “Unwell”. It speaks to me, I guess. I’ve dealt with depression in my life, and it’s taken me a long time to accept that it doesn’t define who I am. And also the downs? They’re temporary – “Stay a while and maybe then you’ll see a different side of me…” And that was a whole lot deeper of a question than at first glance. O.o

Anna is his. Merlin has failed. The Circle is broken. After being defeated in every lifetime, Mordred believes he has finally won.

Even though Anna has little hope of gaining Merlin's forgiveness for believing Mordred over him and the rest of the Circle, she isn't giving up and vows to set things right. When an offer of help comes from an unlikely ally, Anna must trust her instincts—the very thing that got her into this mess in the first place.

Because more than just her survival hangs in the balance. Mordred took her for a reason. Anna is the key. The key to completing the Circle. The key to preventing unthinkable death and destruction at Mordred's hand. The key to destroying the heart of a wizard whose love has followed her through the ages.

But Mordred has forgotten exactly what he is up against. Arthur and his Knights. The most powerful Magical to ever walk the Earth. And a love a thousand years in the making.

ALBION'S CIRCLE: IN MY VEINS IS NOW AVAILABLE

In My Veins is the second installment of your Albion’s Circle series, and having read it already, I’m here to say it’s freaking spectacular. Can you tell us what inspired the series?

First, thank you! I adore this series. I’ve always wanted to write something with Arthurian legend. I have mad, mad love for all things Arthurian. It’s just never happened until now. I had this inkling of an idea for a story—it all started with Anna. Her dreams, which she didn’t realize were memories from past lives, and how they affected her. The Arthurian stuff just layered in from there.
I really, really wanted to write it, but as I mentioned above the whole thing scared me—it was totally outside my comfort zone. Then, I had the idea that maybe the three of us who do Merlin Club could do something with this. Merlin Club…stories inspired by Arthurian Legend…it fit, yeah?

And honestly it wasn’t intended to be a series, but as I got into book one, The Deepest Cut, it became abundantly clear that this wasn’t a story that could be told in one book.

It’s no secret that I adored the first book in this series and I’m thrilled about this next installment, but for readers who haven’t read the first one yet, can you share a bit about Merlin, Anna and the Circle?

The Circle is a group of six. Three Magicals—Merlin, Morgana and Anna. Three non-Magicals—Arthur, Lancelot and Galahad. In their first life in Camelot, when Mordred became a threat to more than just the kingdom, the six came together and formed the Circle to defeat him. The catch was they would be brought back whenever magic threatens the world. They’ve been brought back many times, and the books focus on their current lives in modern times.

In the original life, Merlin was cursed by Mordred to always feel the pain of losing Anna, to never find rest. So Merlin has spent every lifetime trying to save Anna and bring her back to the Circle. Until now, he’s failed, and that has had a profound effect on him. In this life, even when it seems like Anna is safe, the threat to her is always on Merlin’s mind, and he’ll do anything to eliminate that threat.

Anna is complicated. The dreams she’s had since she was a child scare her and push her to do some pretty self-destructive things. When Merlin finds her and she finds out the dreams are actually memories, Anna has to deal with that, deal with discovering her magic and deal with the current magical threat they’ve been brought back to face.

Can you tell us about any upcoming stories? What can we expect from the next book?

The third Albion’s Circle book, Edge of Darkness, will be out in February 2015. It will be following Anna and Merlin closely in their relationship as well as the big picture with Mordred and the threat he poses. This book will delve into Arthur more than the first two did—it’s great fun to get inside his head. There are some twists and turns in the next book, as well, but you’ll just have to wait for those. 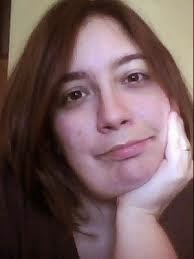 Jessica Jarman is an author, blogger, and rather obsessive fangirl. Having grown up in Upper Michigan and currently living in Minnesota, she is a Midwestern girl through and through. And wouldn’t have it any other way.

When she’s not working to get words on the page, Jessica passes the time with her amazing husband and four children, attempting to be crafty (and failing miserably), squeeing uncontrollably over her favorite shows or curling up with a good book.