Merlin Club: The Coming of Arthur or Why Isn't Uther Dead Yet!?

The episode opens with Arthur finding a bunch of slaughtered knights – including Sir Leon. Upset, he reports it to his father. But Sir Leon isn’t dead. He’s only mostly dead. A group of druids find him and carry him back to their cave (the same cave in every other episode because CAVE) where they have a quick little ritual and completely heal him using the Cup of Life. 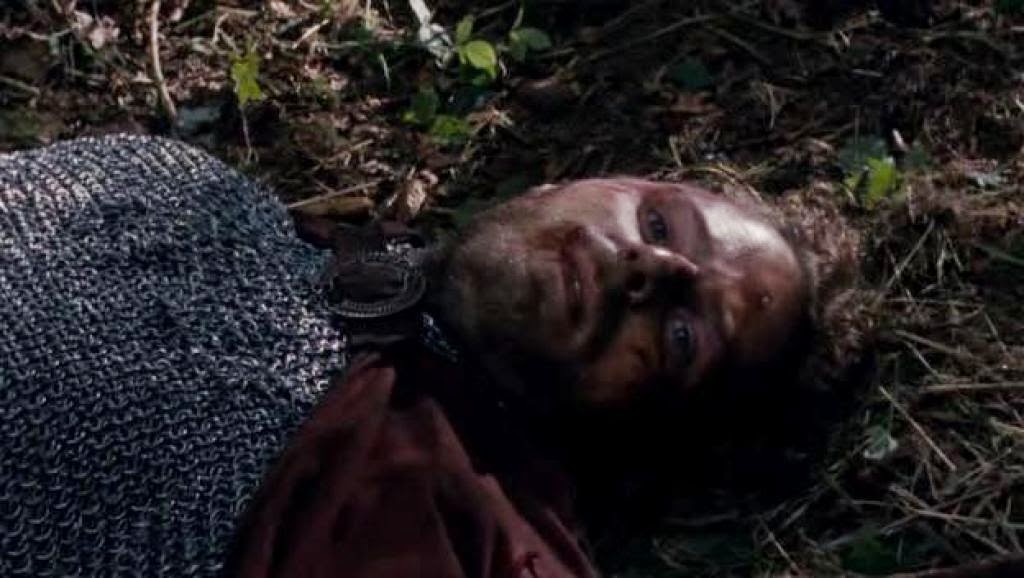 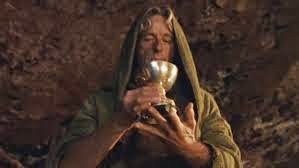 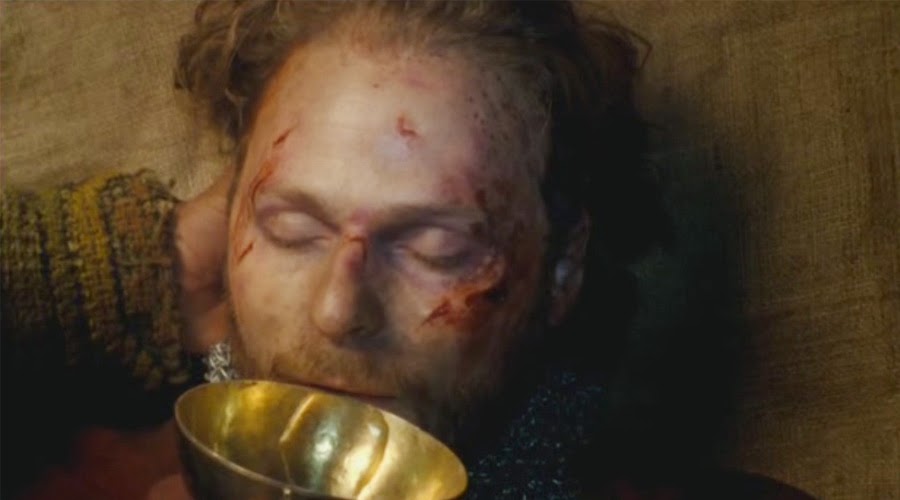 Leon returns to Camelot and tells the tale of his miraculous recovery.  Uther immediately suspects magic and gets surly. Gaius confirms that it was most likely The Cup of Life that healed Leon, and Uther gets a bad case of grabby hands. He sends Arthur on a dangerous mission to steal the cup from the druids because the druids’ cave is in Cenred’s lands and if Cenred gets his hands on the cup, it’s all over for our heroes.  Morgana smirkingly overhears the plans and shares them with Morgause who orders Cenred to have his men steal the cup from Arthur.

Arthur and Merlin set off on the dangerous mission (even though Arthur won’t tell Merlin where they’re going) and they end up getting caught by slavers and run into Gwaine in the holding pit. Arthur protects Merlin when Merlin is ordered to fight the head slaver’s champion and is ordered to fight the champion who happens to be Gwaine. Arthur and Gwaine battle, trying to make it look real and Merlin manages to create a diversion with fire and they escape. 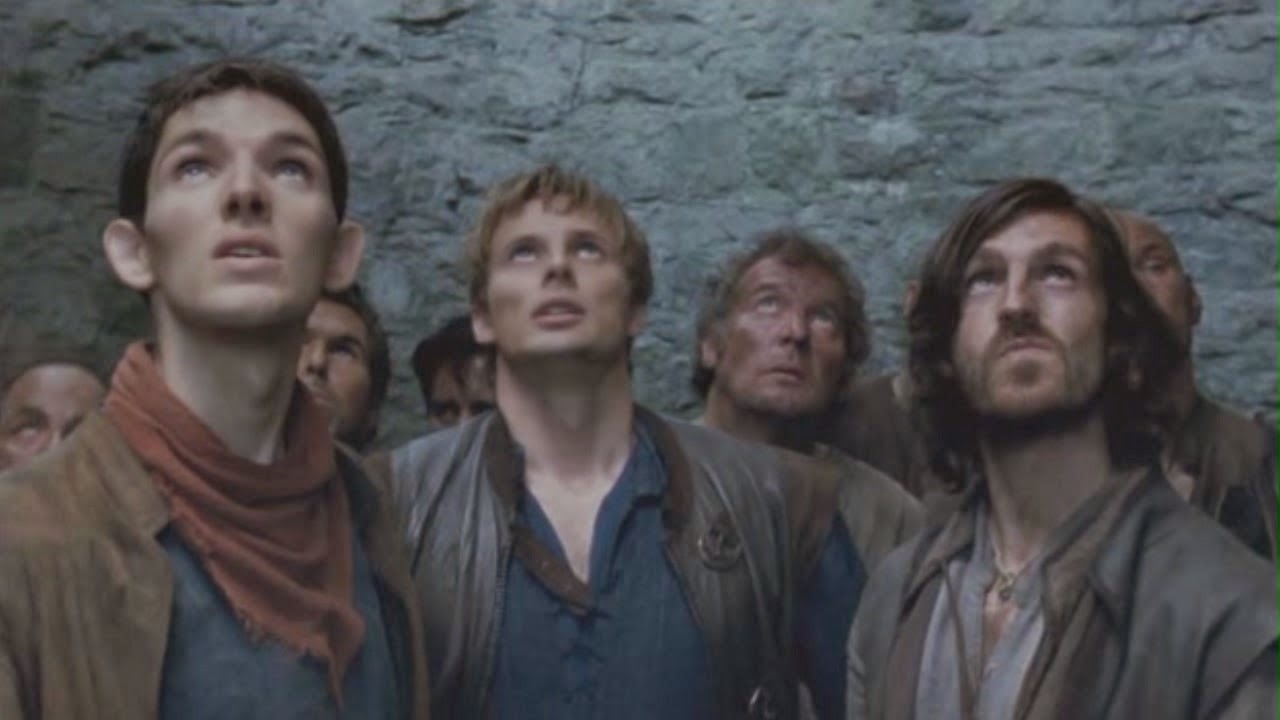 Meanwhile back at Camelot, Uther worries over Arthur’s safety, but Morgana flirts and cajoles and flirts some more and convinces Uther that everything is peachy. Uther flirts back and it’s all super gross.
They find the druid cave and Arthur threatens a young boy at sword point (not cool, Arthur) offering to exchange the kid for the cup. The druids are all very hippie-like and “Whatevs, man. All you had to do was ask for the cup.” So they do the exchange and the head hippie tells Merlin in his mind that now he’s in charge of keeping the cup safe.
Predictably, Cenred’s men attack and shoot Arthur with a poisoned arrow and Merlin, while trying to get the cup back, drops it into the hands of one of Cenred’s soldiers. You know what would be a really good idea here, Merlin? Magic. You know, maybe just levitate that cup right back up to you? Arthur’s already out cold and Gwaine wouldn’t say shit. But, no. You just let Cenred’s men take it on back to him. It’s cool.
Once Morgause has the cup, she creates a ginormous, immortal army using blood from each man present, and they head to Camelot. And she proves their loyalty by having one of them off Cenred. Meanwhile, Arthur is sick and feverish from the poison and as soon as Gwaine’s back is turned, Merlin uses a spell to heal Arthur. When Arthur eventually wakes, they head back to Camelot to find it burning. They find Gwen’s brother, Elian, and they all sneak into the castle. 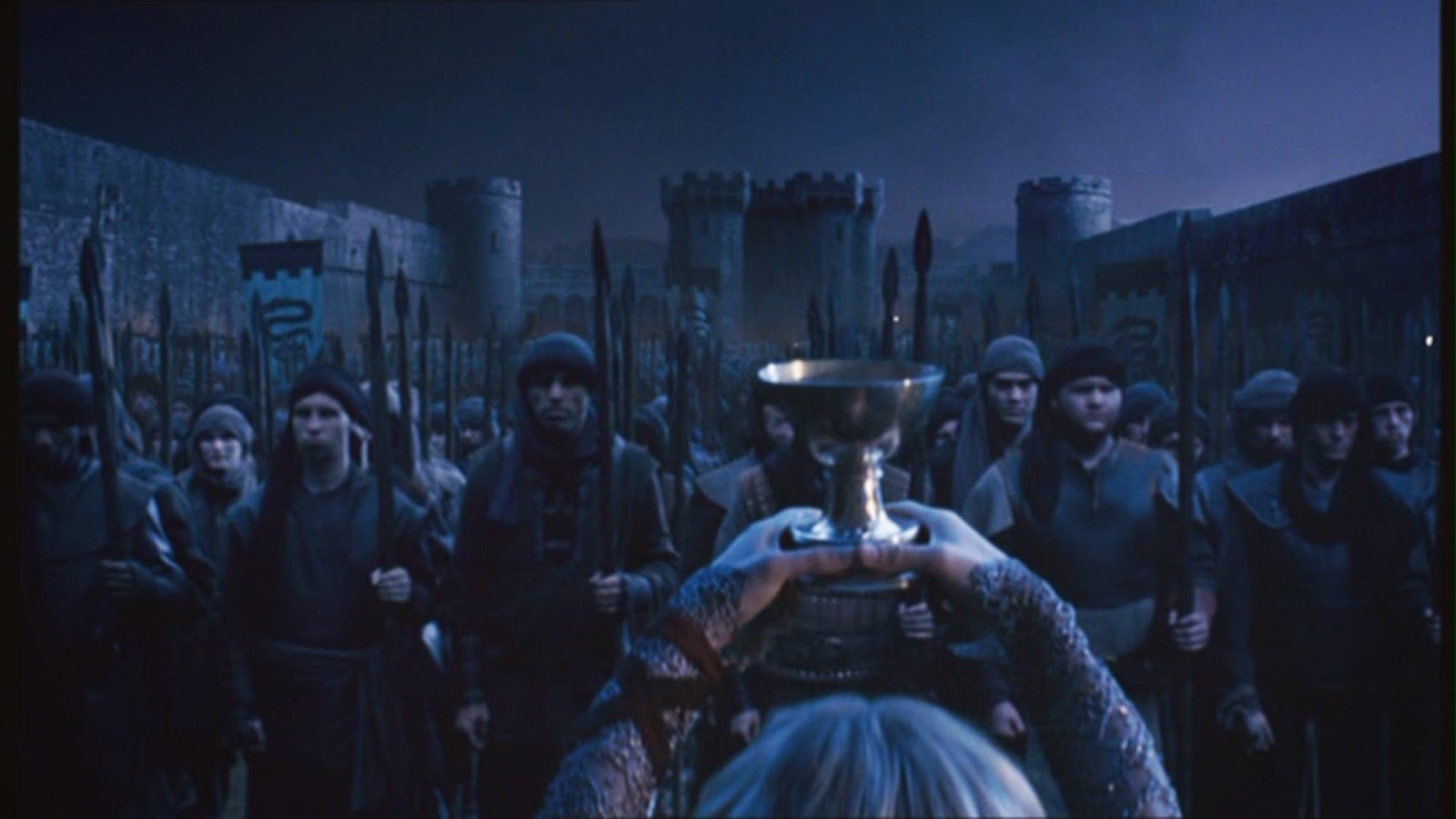 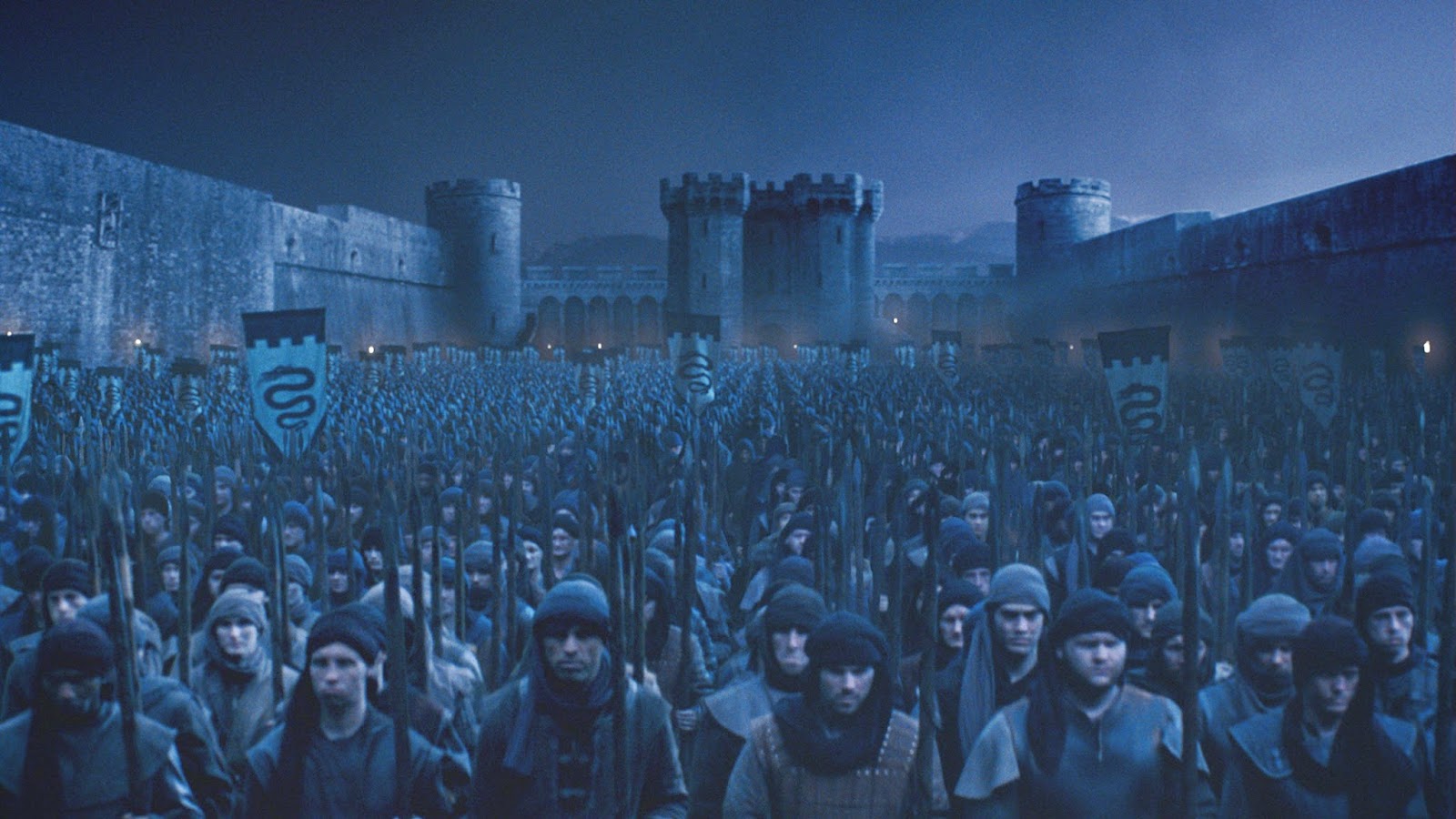 Merlin and Arthur make it to the gallery of the throne room as Uther is forced to kneel before Morgana who’s being crowned Queen of Camelot and Morgana makes sure Uther knows that she knows that she’s his daughter. Uther looks broken, but poor Arthur, he looks absolutely crushed. Even though he didn’t always agree with his father, he still idolized him. No longer. But I digress. 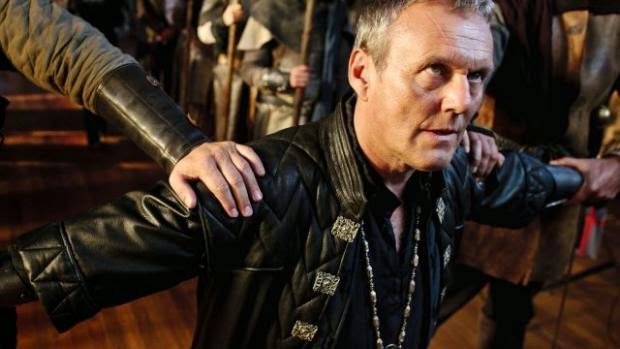 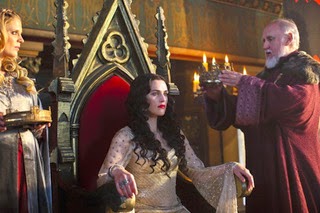 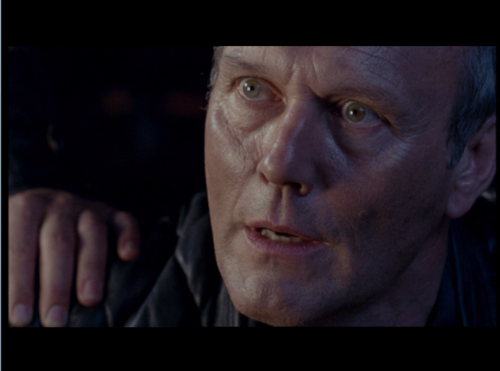 They go to find Gaius. Merlin packs all of his shit including the bottle of the water from the Lake of Avalon that the Fisher King gave him and they meet up with Gwaine and Elian and get the fuck out of Camelot. They hole up in the same (from the looks of it) cave the druids were using, and Merlin sends a message to Lancelot, begging him to come help.

That night, Merlin tries to use the water from Avalon for guidance, but nothing is working, and he falls asleep. He startles awake when Gwaine has to pee and the bottle breaks. He panics thinking all is lost, but the water flows into a natural rock basin and he sees Freya. She’s speaking to him from beyond and tells him he needs Excalibur, so he sneaks out, calls the dragon and they ride to the Lake of Avalon where he hid the sword the last time. Freya’s arm rises up out of the water and she returns the sword to him. The Dragon warns him to put the sword somewhere it can't be used by anyone when he's done with it. 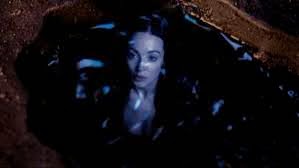 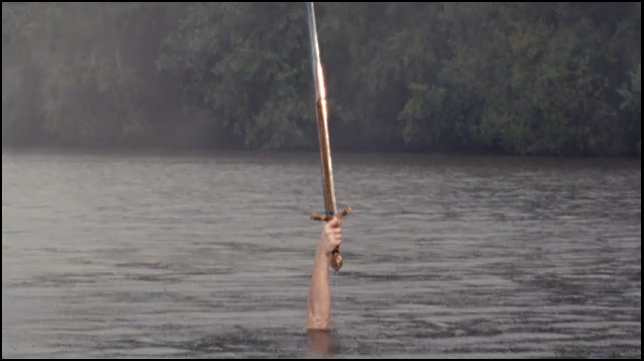 Meanwhile, Morgana is busy taunting Uther and tantruming because the knights of Camelot won’t yield and without their allegiance, neither will the people.  She brings the knights into the courtyard and asks for their loyalty again, and when they don’t comply, she has Cenred’s soldiers fire crossbow bolts at the townspeople. 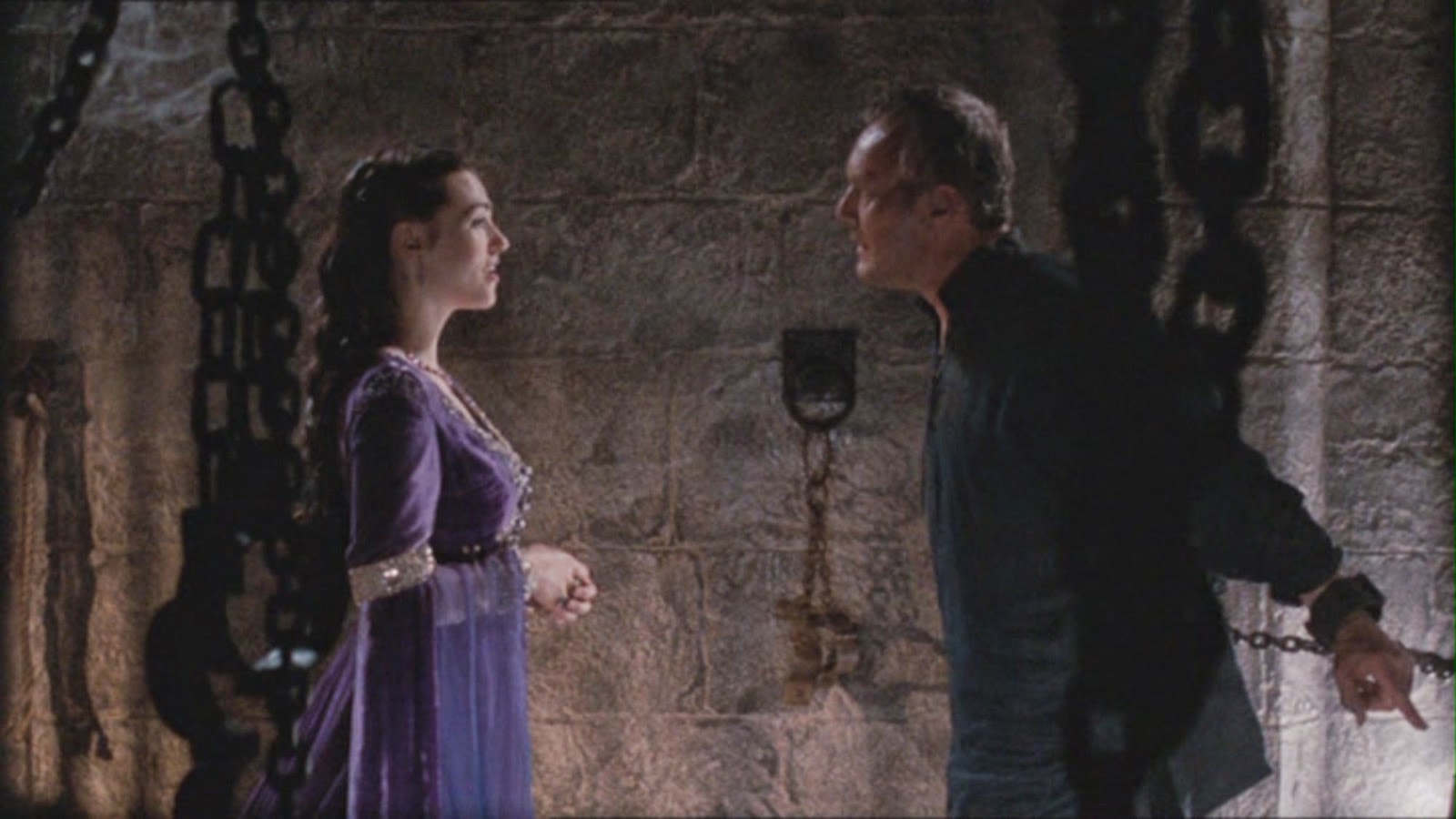 Gwen, who’s still Morgana’s handmaid, offers to talk to Sir Leon, explaining that they knew each other as children and perhaps she can talk some sense into him. She tells him she’s going to help him escape. Morgana and Morgause are listening through the grate above Leon’s cell and know what’s up.

Morgana gives Gwen some wine that has a magic powder in it and Gwen sneaks into Morgause’s room and presses the dungeon key into a piece of bread and melts metal and pours it into the bread mold to make a key. Because she’s fucking resourceful, our Gwen.

She sneaks Leon the key, and he busts out meeting her at her home in the village. She insists that he dress in drag to escape and they head off into the woods searching for Arthur. Morgause is able to track them, because that magic powder Gwen drank was magic GPS powder. Which is pretty freaking handy. 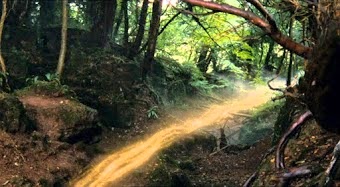 She’s briefly reunited with Arthur right before Lancelot and his buddy Percival arrive. Percival has no sleeves on his chainmail. This makes me insane.  (In a bad way.) Soon after everyone says hello, they’re set upon by Morgause’s men. A fight ensues and Merlin magics some boulders down a cliff separating them from their pursuers.

They take refuge in some ruins and find the Round Table. Arthur has them sit around it and includes Gwen and Merlin which is spectacularly progressive of him. And then he knights Lancelot, Elian, Gwaine and Percival. They all sneak back to Camelot with a plan. But they leave Gwen and Gaius behind. 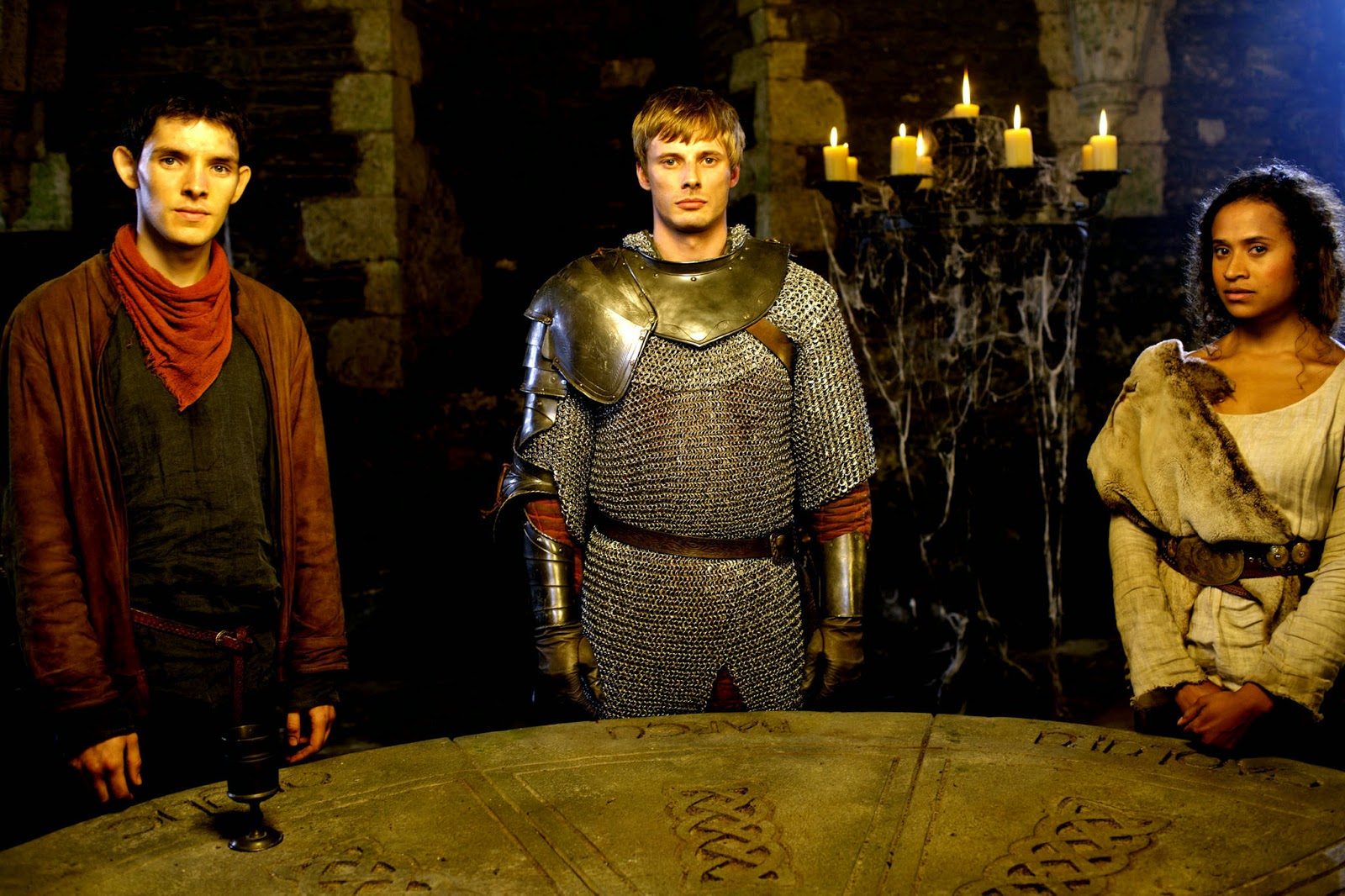 Merlin knows he needs to dump the blood from the Cup of Life to break the spell and kill the immortal army. He and Lancelot (under the guise of making the bell unusable so the enemy can’t communicate)go off in search of the cup while Arthur and the rest go to free the rest of the knights. Merlin discovers that Excalibur, does in fact, kill the undead. 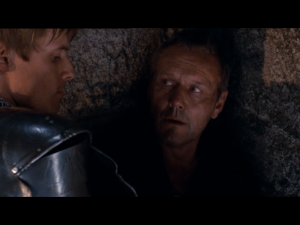 Merlin and Lancelot continue to fight their way to the cup. They’re almost there when Morgause busts in and throws them against the wall. She’s about to kills them when Gaius shows up all wild eyed and crazy and busts some moves on Morgause throwing her against a pillar and rendering her unconscious. Merlin picks up Excalibur and tips over the cup over, splashing the blood everywhere and all the knights explode and disappear. 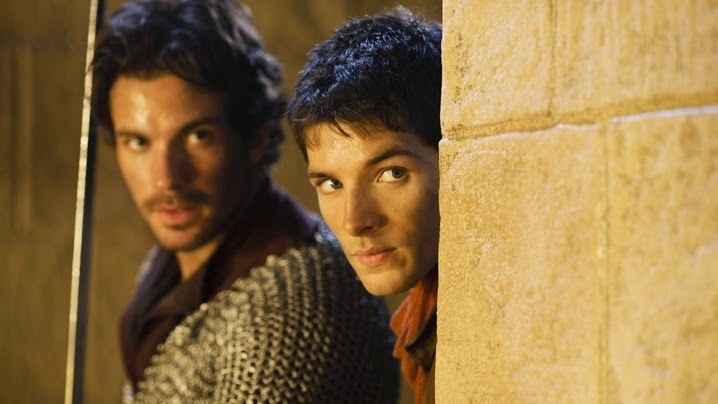 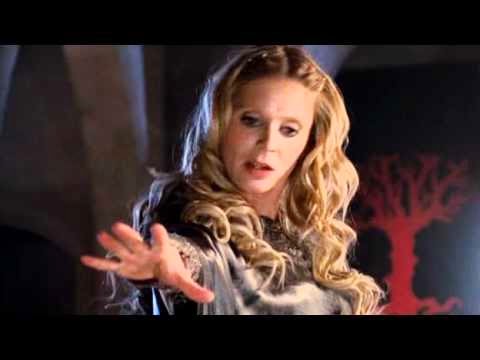 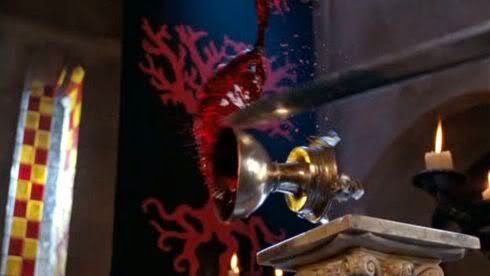 Morgana finds Morgause and screams and screams and screams like a freaking banshee. She screams so hard that that section of the castle collapses. Later, Uther’s still way out of it, but order has been restored to Camelot and no traces of Morgana or Morgause have been found. Merlin sneaks out to put the sword in the stone 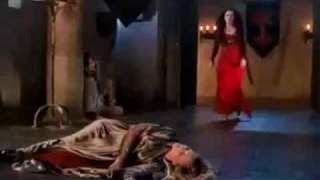 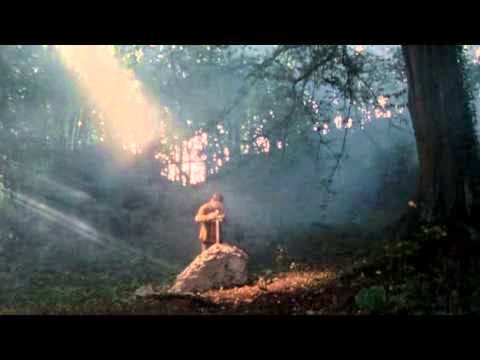 Okay...now for the questions.
1. If I’d written this episode...I know you guys are probably sick of hearing me say it, but holy fuck, the incest vibes have got to stop. None of this is okay, people. I don't understand what the writers were thinking.
2. The thing I loved/hated most about this episode.
Loved: There are a ton of things I loved about this episode. The Arthur/Merlin banter, Arthur protecting Merlin from hand to hand combat, GWAINE!, Morgause finally offing Cenred, LANCELOT!, Arthur including Gwen and Merlin at the Round Table, poor, broken Uther - what!? I have issues. Arthur knighting the non-noble knights, Merlin seeing Freya in the water, Freya raising Excalibur from the bottom of the Lake of Avalon, Merlin driving Excalibur into the stone and my personal  favorite, "No. Don't really fancy it." I laugh every time I hear Merlin say this - particularly after this moving scene. It's short. Watch it.

Hated: Besides the incest awfulness, Arthur's heartbreak at Morgana's betrayal and the realization that his lied to him and wasn't the man he'd believed him to be is just crushing. Bradley James played it so well.

3. Something you’ve never noticed about this episode before. How Merlin didn't even bother to try to use magic to save the Cup of Life. And how sad Lancelot looks when he realizes there's no hope for him and Gwen. 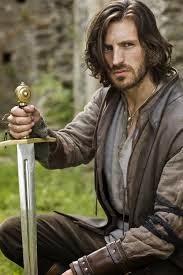 5. Here is Proof of some random head canon I’ve created. I didn't create it, but something is seriously NOT RIGHT between Uther and Morgana.

6. What Merthur moment did Jess have the naughtiest thoughts about? I think she had tender feels when Arthur steps up to protect Merlin from having to fight the slaver's champion, and also Arthur giving Merlin a seat at the Round Table - even though a portion of that scene was foolishly deleted.

7. What made Jen lose her shit (in a good or bad way) in a bad way? The grossness between Uther and Morgana and also  poor, broken Uther.

Jess' take on the episode is here, and Jen's is here.
Posted by Bronwyn Green at 6:00 AM

Did you notice that the druid who rescued Leon is like, the poor man's Richard Gere?

They DID make a mistake in deleting that part of the scene. We deserved it! Though we still saw the look they exchanged after Sassy!Merlin's "don't fancy it, when Merlin stands. That look.... Le sigh. At least they left us that.

I did NOT like Arthur threatening the Druid kid. Becasue that is NOT Arthur at all. I don't care what position he is in, he wouldn't hurt a child, so I think that was poorly done of the writers because it doesn't fit the characterization, IMO.

And OMG, Bradley James freaking knocked it out of the park playing the betrayal Arthur felt. Brilliant.

@Jen...I was trying to remember what you called him when we watched the first time and couldn't for the life of me remember! The poor man's Richard Gere!