Merlin Club: The Labyrinth of Gedref or The One Where I Keep Reading Geldof and Now, “I Don’t Like Mondays” is Stuck in My Head (if you're hearing the opening piano riff in your head...you're welcome!)

The episode opens with Arthur, Merlin and a hunting party wending their way through a mist-shrouded forest. Why Arthur’s wearing metal bracers is beyond me. Are you planning to do a little hand to hand combat with the woodland creatures, Arthur, or what? Weirdly, the other knights are in chain mail. Who wears armor to hunt?

Arthur has Merlin go deeper into the thicket to flush out whatever animal is hiding in there. Suddenly, Merlin gets this totally dreamy look on her face (and Jess’ panties fell off) and the camera pans over to show the viewer a beautiful unicorn. 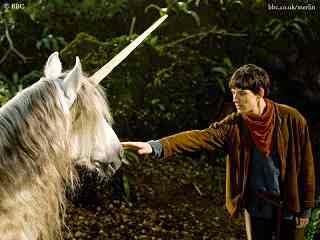 And Arthur shoots it. 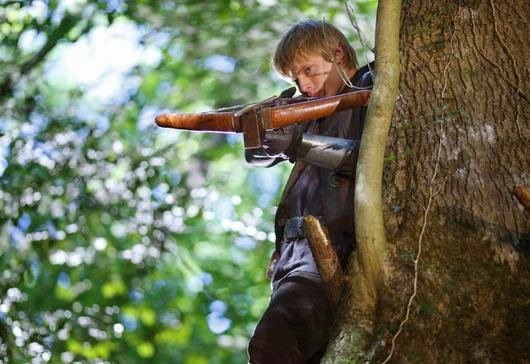 Yep. Straight up kills a unicorn and is totally gleeful about it. Merlin is horrified and knows there are going to be consequences. This is confirmed when he sees a sorcerer in the woods that no one else does. You can totes tell he’s a sorcerer because of the elaborate robes and wizardy looking staff. 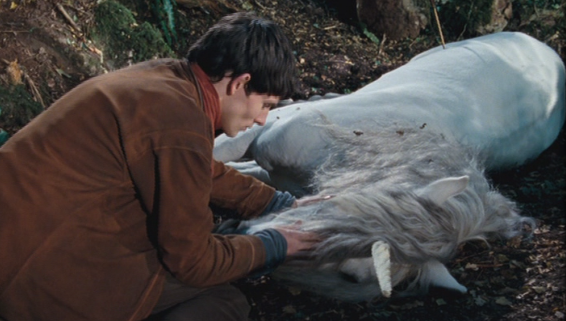 After the credits roll, we see Arthur proudly showing off the unicorn horn to Uther and the other courtiers and Uther is so very proud. This seems like super not subtle subtext for: “Look father, my dick is huge!” Followed by, “Yes, son. Your dick is huge. You clearly get that from me.”

Uther shows Gaius his son’s large penis unicorn horn, and Gaius makes a face. Uther gets all eye-rolly and says, “What is it, Gaius?” Gaius is all that’s bad luck, man. And Uther pooh-poohs him and says they’ll be the envy of every kingdom, because clearly big dicks unicorn horns aren’t magical or anything. Really, Uther!? Where do you live, again? And Arthur is happy to have approval from his bitter, distant father.

Merlin is still pretty distraught over the death of the unicorn and Arthur mocks him for it, then bitches him out because there’s rat shit in his chamber. Meanwhile, Uther summons Arthur. It seems all the crops have died everywhere in Camelot and now food must be rationed. Considering the way they waste food on a daily basis, this is going to be a problem.

Gaius does some sciencey things to try to figure out what killed the crops. Merlin suggests it must be magic, but Gaius is still clinging to his experiments. The people of Camelot are lined up outside the castle for food rations. People are panicking and there’s been some looting, so of course, Uther’s answer to looters is execution and Camelot will be under curfew from here on in. 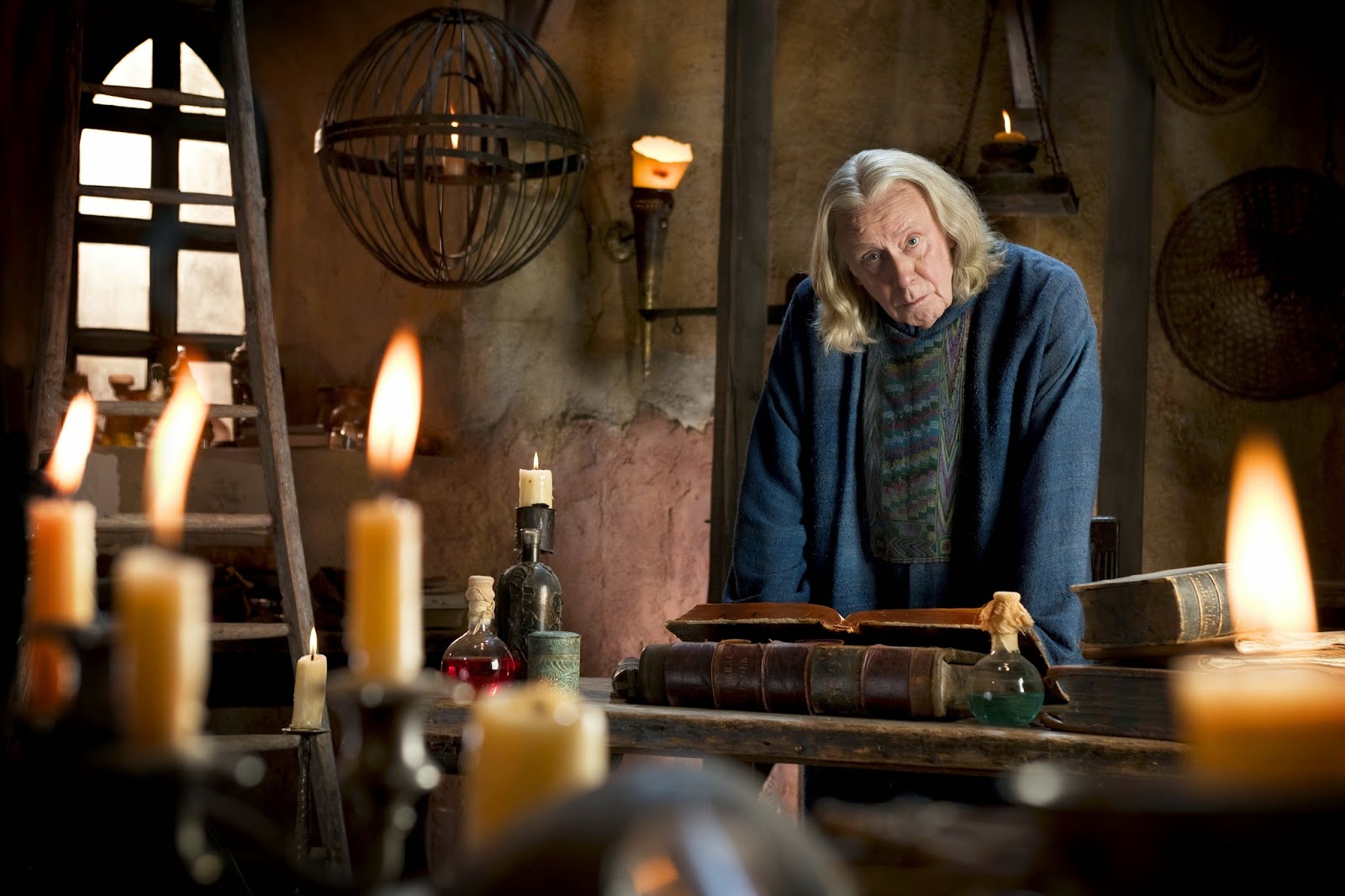 Merlin runs into Gwen in town. She begins pumping water and all that comes out is sand. The well and the underground reservoir are completely dry and full of sand and it’s the same throughout the kingdom. Merlin tries to use his magic to turn the sand back into water and has no luck.
Arthur sends the guards to the lower town to enforce the curfew as Merlin is wandering across the courtyard. Arthur scolds him until they see the sorcerer, Anhora, in the courtyard. He plays magical hide and seek with them before ending up in the crypt. Like you do… 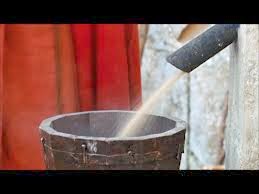 Anhora tells them that he’s the Keeper of the Unicorns. Lemme tell you, this dude has some serious eyebrows. They are so amazingly hairy that you could probably bead them. Anyway, he tries to tell them that Arthur is responsible for the misfortunes that have befallen Camelot and that he’s going to be tested. He needs to prove himself and make amends for killing the unicorn. Until he does that, Camelot will damned for all eternity. 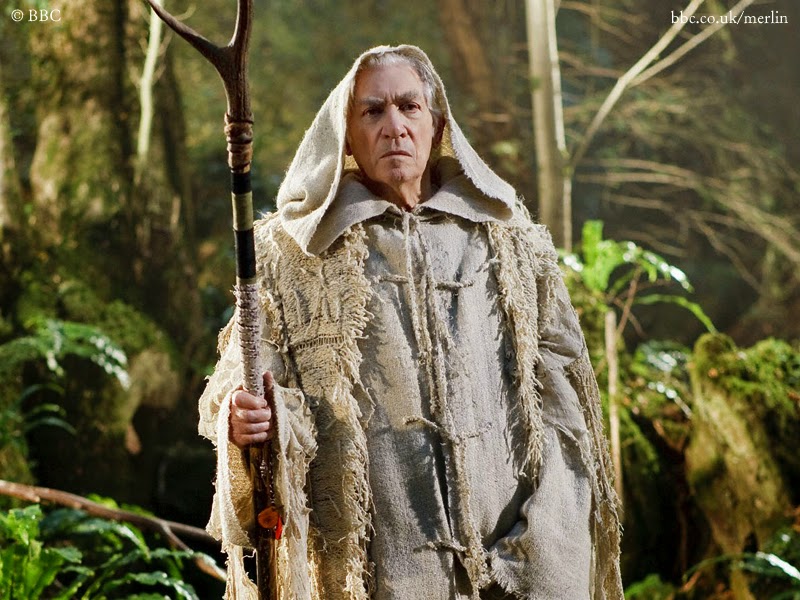 Merlin tells Gaius about Anhora and the curse and thatArthur doesn't believe that he's responsible, because, hellllllllloooooooooo denial! Cut to Arthur - he discovers that the rat has eaten though his boot and he's furious. Merlin tries to convince Arthur that he's responsible for this. Arthur is still having none of it.

That night, Arthur and Merlin are keeping watch in the grainary when they catch a thief who was there to steal food for his children. Arthur ends up having mercy on the man and gives him the grain. Miraculously the water is restored to Camelot. Arthur is puzzled by it. Merlin explains it's because the curse has begun to lift. Arthur tells Merlin to find him some food and as soon as Arthur's gone Merlin spots the rat and magics it to death.

Meanwhile, outside Camelot, people continue to line up for rations. Arthur's feeling guilty and decides to seek out Anhora while Merlin is feeding him a lovely rat stew. Arthur figured it out and makes Merlin have some, too. Morgana comes to the door looking for food and the little bastards feed the rat stew to her. 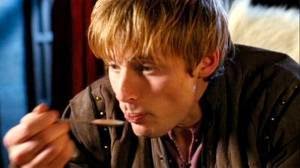 The next morning, Arthur and Merlin leave to seek out Anhora. He and Merlin go back to the forest and get separated. Arthur finds the man who stole the grain. He's got a ton of food there and no kids. He insults Arthur and they have a sword fight because Arthur's pride was wounded. Anhora is all kinds of pissed and says that Arthur fails the test. When they get back to Camelot, they discover that all of the food that they had in storage has rotted. 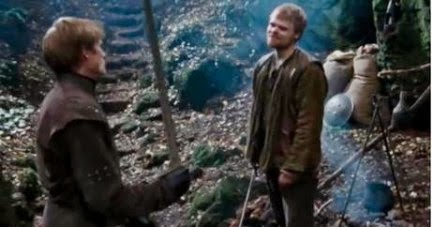 Uther tells Arthur that they must stop distributing food to the people. Arthur won't have it and refuses to give the order and tells Uther to go fuck himself. (Not in so many words as this is a family show.) Arthur is feeling super remorseful and Merlin goes to the forest and begs Anhora to give Arthur one more chance, so he's all, tell Arthur to go to the Labyrinth of Gedref to face a final test. If he fails, Camelot will be destroyed. 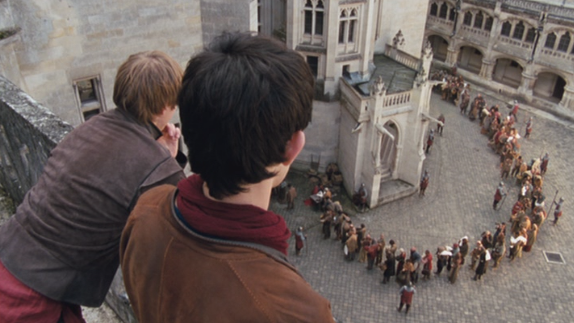 Merlin tells Arthur about the test and insists that he go with Arthur. Arthur, of course, won't allow it. And in typical Merlin fashion, he follows Arthur anyway. Okay...here's what I don't get. It's not like this Labyrinth is a secrety place. Arthur rides straight to it like he knew right where it was. So what...there's just this big old Labyrinth within riding distance of Camelot? Is that where kids go to party? Does everyone know about it?

So anyway, Merlin follows Arthur inside and Anhora traps him and when Arthur finally makes his way through the Labyrinth, he finds Merlin and Anhora on one of the most gorgeous rocky beaches I've ever seen and I want to go to there. Arthur tells Anhora to let Merlin go but he can't because Merlin is part of the test.

Arthur and Merlin are seated at a table at the sea shore with two goblets - it's all very Princess Bride. One has poison, the other has harmless liquid. The rules are all the liquid must be finished and one person can only drink out of one cup. Arthur and Merlin argue over who should drink what and Arthur distracts Merlin, dumps everything into one cup and slams it. He slumps over and Merlin thinks he's dead. He freaks and begs Anhora to let Merlin take his place. Then Anhora is all, he's not dead, just drugged and explains that because unicorns are pure of heart, if one is killed, the killer must prove that s/he is pure of heart to make amends. Because Arthur was willing to die for Merlin that proved he was pure of heart.

They go back to Camelot to find that the crops have been restored, it's harvest time and everyone is walking around with giant zucchinis.  It's all big smiles and big zucchinis. Arthur decides that they needs to take the unicorn horn to the woods and give it a proper burial - Arthur even apologizes to the dead unicorn. Once they do that, the unicorn comes back to life. Warm, fuzzy feel-good ending. 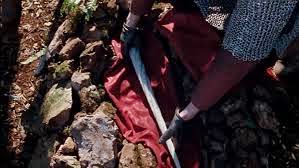 Now, for the questions!
1.    If I’d written this episode...I would have had Gaius not dismiss Merlin's suggestion that the crop failure was due to magic. Come on, people! It's obviously magic because UNICORN!!!
2.    The thing I loved/hated most about this episode. I loved Arthur standing up to his father and refusing to give the order to starve the people. I also love that he was willing to die for Merlin and his people to lift the curse.

I hated the fact that Uther was so willing to starve his people instead of asking for help.

3.    Something you’ve never noticed about this episode before.  How plasticy the plants looked on the forest floor.

4.    Favorite Costume. This week, I've gotta give to the horse. That spiral horn really brought out the unicorn. 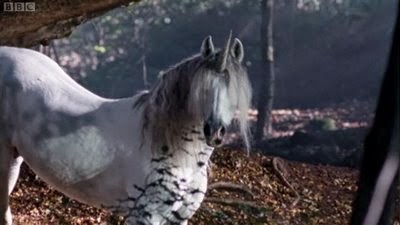 5.    Here is Proof of some random head canon I’ve created. I didn’t create it, but there's some definite Merthur moments. I would call the scene where Arthur tries to force Merlin to eat the rat stew rife with sexual tension.

6.    What Merthur moment did Jess have the naughtiest thoughts about? See above. I also think Jess was sighing about both of them being willing to die for the other.

7.   What made Jen lose her shit (in a good or bad way) in this episode? I think it would have to be when Uther and Arthur's extravagant/wasteful eating style catches up with them.

Please join us Monday nights on Twitter at 8PM EST for #MerlinClub!

Thank you. I typed "The Labyrinth of Geldorf" in my title over and over. I really had to concentrate.

I love that you used the unicorn for best costume. Awesome.

And yes, you have stuck that song firmly in my head now. :-P