Interview with Kris Norris and More about Ricochet

What’s a typical day like for you? I don’t really have a typical day, but I have stuff I do EVERYDAY. So, obviously, getting up. Yeah, don’t really like that one. I’m a night person. But the morning is generally getting kids off to school, running/working out and dealing with emails and other work stuff. Sometimes I write for a few hours, then run, sometimes not. Afternoons are writing editing and creating cover art or a combination of them, having kids come home then on to evening stuff. Could be writing, hockey, aerial arts, meetings…so basically nothing exciting and I have no life.

Do you have any collections? I’m in the midst of trying to collect  ‘give a damns’ but it’s not going near as well as I’d hoped. I’m also trying to collect sexy, bare-chested men who will do my biding like minions. Yeah, that one’s still in the works. Other than that, I seem to collect stray animals, but don’t have any real collections, like stamps, or rocks. I’m IN a few book collections…does that count?

Are there any skills you’d like to learn? Hell yes. Besides the fact I wish I could knit up sweaters and scarves in the blink of an eye, I’d like to learn how to kick box. And to do parkour. Don’t laugh. I know we’re going to need it for the upcoming zombie apocalypse. We. Will. Prepare!

What’s your favorite word? Oh, I hope this isn’t a G-rated blog. Because FUCK is my favourite word. It is. I’m girl enough to admit it. It just fits so many situations. My next favourite is ‘eh. Hello! Canadian here. And I do say ‘eh. All the time.

What’s your least favorite word? I’m a pretty liberal person. At home, I’m cool with most words, but there is ony one forbidden one at the house. Cunt. I know. I just can’t stand that word for some reason.

What sound do you hate? Whining. Incessant, endless whining. And metal on metal, though I think that’s because nothing good ever comes from that.

What’s your favorite curse word? Same as above, people. Fuck it is.

Dog or cat person? I have both, but I am definitely a dog person. Cats are too independent, lol.

Coffee or tea? Tea. I hate coffee. In all forms.

City or country? Country all the way. Not sure you could pay me enough to live in the city.

Star Wars or Star Trek? Both, but probably Star Trek if pressed.

Buffy, Angel or Firefly? Oh come on. That’s not fair. I can’t choose from those. Firefly maybe, but damn, Angel… not choosing. Not going to do it and you can’t make me.

Pirate or ninja? Um, the parkour thing above. Ninja. All the way.

Morning or night person? Answered this as well. Night person.

Introvert or Extrovert? Extrovert…mostly. Though I love my alone time.

Do you have a day job aside from writing? I edit and I make cover art. I actually made the cover for RICOCHET, and I quite love it.

If you were a song, which song would you be – and why? The song I’d like to be, and foolishly convince myself I am— Witchy Woman. The reason… these lyrics—Raven hair, ruby lips, sparks fly from her fingertips, echoed voices in the night, she’s a restless spirit on an endless flight.

Have you heard a song that reminds you of someone today? If so, what was it and why? I have a song on my playlist for running, so yes, I heard it today. It’s Goodbyes by 3 Doors Down and I always think of Jessica Jarman as it’s the song that is about her Arthurian Collection ~ Albion’s Circle. At least, it is in my head. 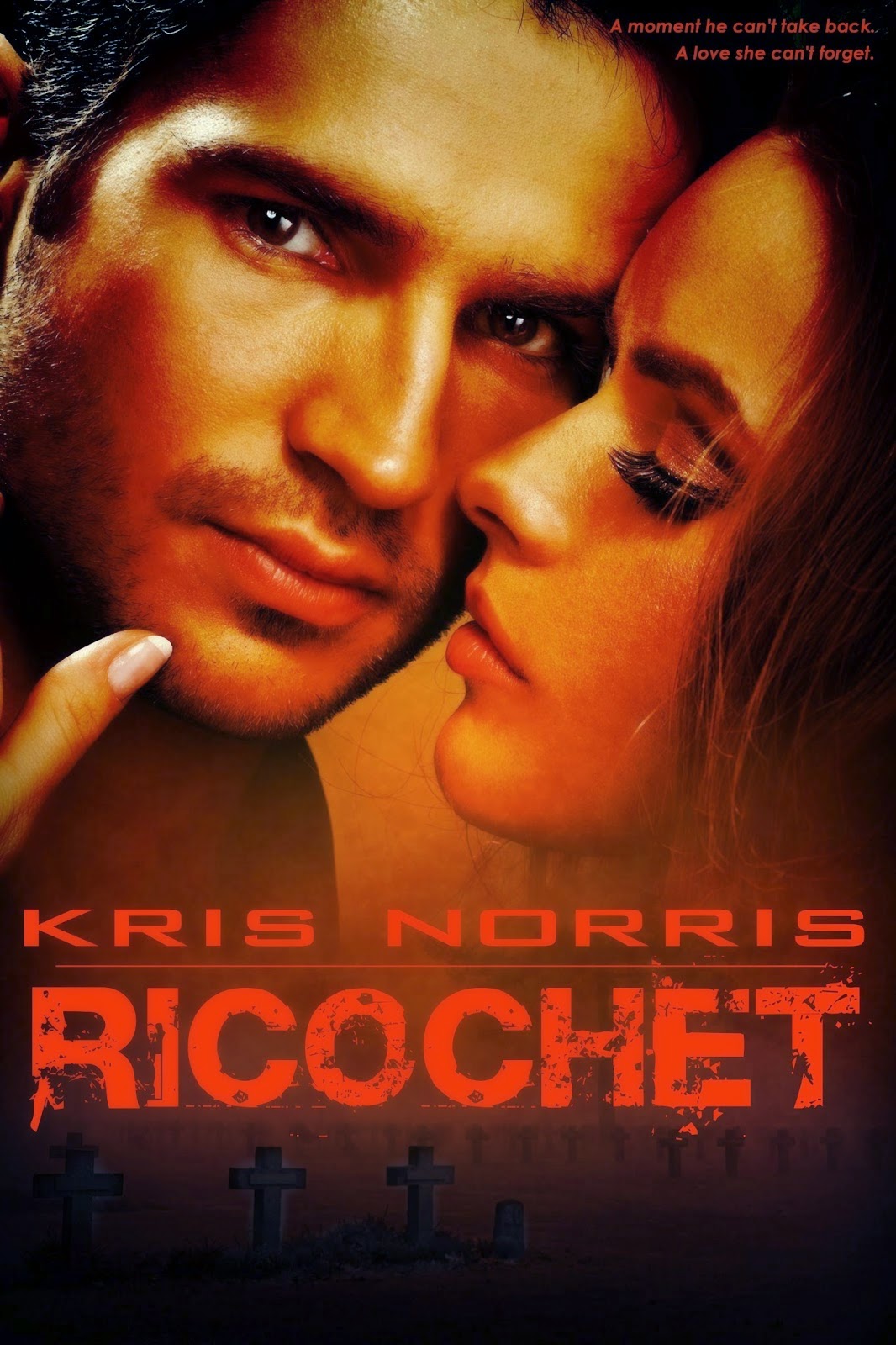 A moment he can’t take back…

An unlucky rebound has left US Marshal Ashton Kane broken. His partner’s dead and, consumed by guilt, he’s walked out on the only woman he’ll ever love.

A love she can’t forget…

Cassidy Ryan has tried to move on. Losing the love of her life cut deep, but she vowed she wouldn’t let it break her. And she’s finally taking back her life—until she stumbles upon a deadly encounter that threatens to destroy everything and everyone around her.

One last chance at redemption…

Ash has fooled himself into believing Cassidy’s better off without him—until she puts her life on the line, forcing him to face the demons that still whisper in the dark—or risk losing her. Again. Only this time, it’ll be no one’s fault, but his.

Ricochet is a romantic suspense, and having read it already, I can’t say enough good things about it!. Can you tell us what inspired the story? And what draws you to the suspense/thriller genre?

Inspiration—that fickle bitch that seems to come and go as she pleases. Honestly, the beginning scene—Ash at the gravesite, his entire life ruined by a chance bounce—just popped into my head one day. And I knew I had to go from there. That he’d be broken by that single moment and the book would be about him struggling to claw his way back.

Um, ok. Ash is a US Marshal—a born protector. He’s got a great sense of humour and is sexy as sin. But he experiences a gutting loss and this sends him on a downward spiral. He doesn’t want to hurt Cassidy but can’t see past his own pain. Believes she’s better off with the shell of a man he’s become. He likes to do things by the book because he knows that shit happens when you break the rules. Though he’ll bend them if necessary.

Cassidy is strong. Determined. She doesn’t let things beat her. She’s also caring and forgiving. I like strong female leads and Cassidy has strength to spare. She’s quick on her feet and doesn’t let Ash’s dominant side diminish her dominance.

Can you tell us about any upcoming stories? What’s coming up next for you? Will you be doing more romantic suspense?

My next book will most likely be the second in my Tombstone series. It’s an old west shifter series where at least one of the main characters in each book is a US Marshal… shocking, I know. I also have CENTREFOLD re-releasing with Totally Bound. It’s now a full-length novel and it’s definitely a suspense/thriller book. It’ll be out in January. After that, I’ll finally have another vampire book out from my Dark Prophecy series. It’s been a long time coming, lol.

And yes, I will be writing more suspense novels, mostly because they are my favourite. My fallback. I have a thriller planned for next fall at the very least and I’m sure another one somewhere between. 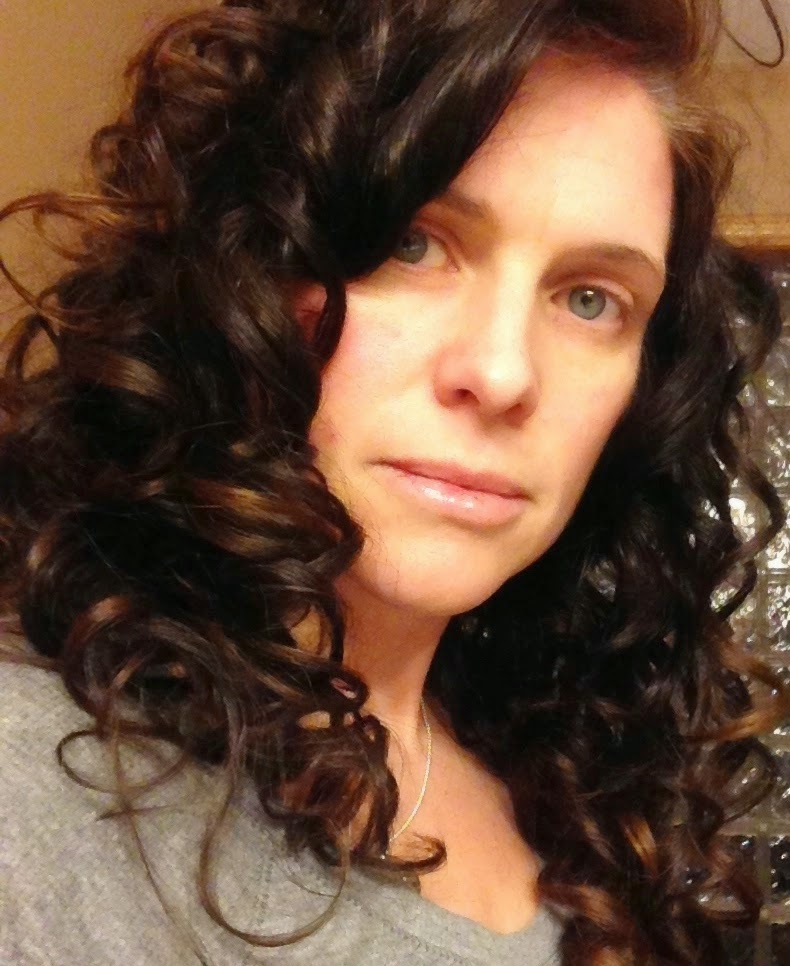 Author, single mother, slave to chaos—she’s a jack-of-all-trades who’s constantly looking for her ever elusive clone.