Merlin Club: Love in the TIme of Dragons or The One with the Creepy, Little Reptile, Scoripion Cat that is Never Ending Nightmare Fodder.

Okay, so in this episode, we have Gaius’ old flame, Alice, returning to Camelot and setting up shop as a healer. Uther gets wind of these miraculous healings and flips ship because the peasants aren’t dying when clearly they should be. So obviously magic must be involved. Okay, in this case, he’s totally right, but whatever. Uther demands that the magic user be found, but Gaius covers for her, lying to Uther and saying it was just the skillful use of herbs. 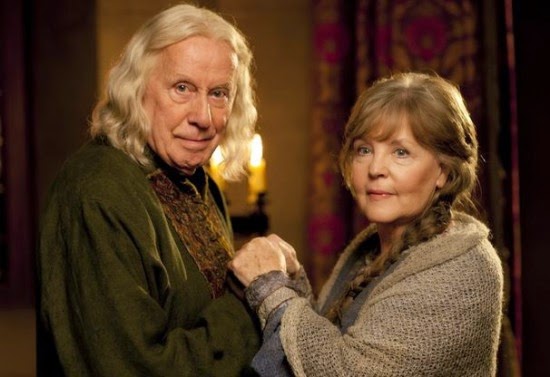 As it turns out, Alice is in league with a Manticore (think reptilian cat with the tail of a scorpion and the face of a particularly ugly baby – with those wing things around its face) who wants Uther dead. (Get in line, creepy little reptile scorpion cat!) Alice doesn’t mind killing Uther, but she doesn’t want Gaius framed, but she’s under the thrall of the creature, so whatcha gonna do?

So Alice moves in with Gaius (to make it easier for Merlin to creep on her) who kicks Merlin out of his room, and in the course of his creeping, he sees Alice um…milking the Manitcore’s tail for its venom. I can’t begin to tell you how disturbing this scene is. We’re talking orgasm face and sex noises on the part of the Manticore. This is *not* okay, people. 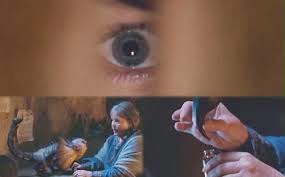 But anyway, Merlin sees this and deduces that Alice is up to no good. He warns Gaius, but Gaius refuses to believe it. Merlin shows him the creature’s box under Alice’s bed, but of course it’s empty as the Manicore has gone back to its regular hell dimension.  Merlin also researches the creature in Geoffrey’s books. (Seriously, does that dude just live in the library?)

Meanwhile, Alice, under the guise of helping Gaius, poisons Uther’s daily medicine and he falls gravely ill. In fact, he’s dying. Huzzah! Not so fast, gentle viewers. Arthur deduces that the only thing it could be is the potion Gaius had given to Uther. But Merlin saves the day by blaming Alice and she goes to the dungeon while Gaius frantically tries to save Uther’s life. 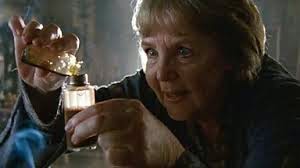 When Gaius visits her later, he realizes she’s under the thrall of the Manicore and he and Merlin figure out how to destroy the beast to free Alice from its clutches and cure Uther. So they summon the creepy little reptile scorpion cat and prevent it from returning it to its hell dimension and destroy it. 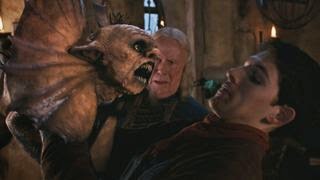 After Uther recovers, he decides that Alice must still die even though she was under the Manticore’s control when she tried to kill him. And low and behold, the escaped prisoner bells ring because Camelot’s dungeon is the least secure in all the land.

Okay...now for the questions.
1. If I’d written this episode...I would have made the harvesting of the Manticore venom far less...sex-like.

2. The thing I loved/hated most about this episode. Hated how sort of boring and pointless this episode was. It's another monster. Merlin creeps around and spies on people and because he's a dedicated creeper figures out what's up. This episode just feels like...mostly filler.
3. Something you’ve never noticed about this episode before. The complete absence of Gwen and Morgana. However, to be fair, I didn't notice it until Jen pointed it out.

4. Favorite Costume. Alice's lovely knitted shawl. I couldn't find a really good shot of it, so you'll just have to trust me. 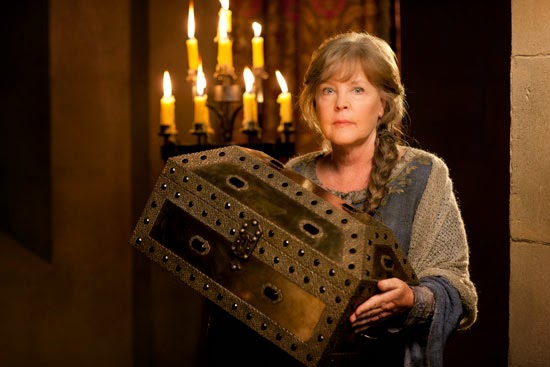 5. Here is Proof of some random head canon I’ve created. I've got nothing for this episode.

6. What Merthur moment did Jess have the naughtiest thoughts about? Definitely when Arthur was training - Merlin was holding up rings, and Arthur, was, um...thrusting his lance through them... 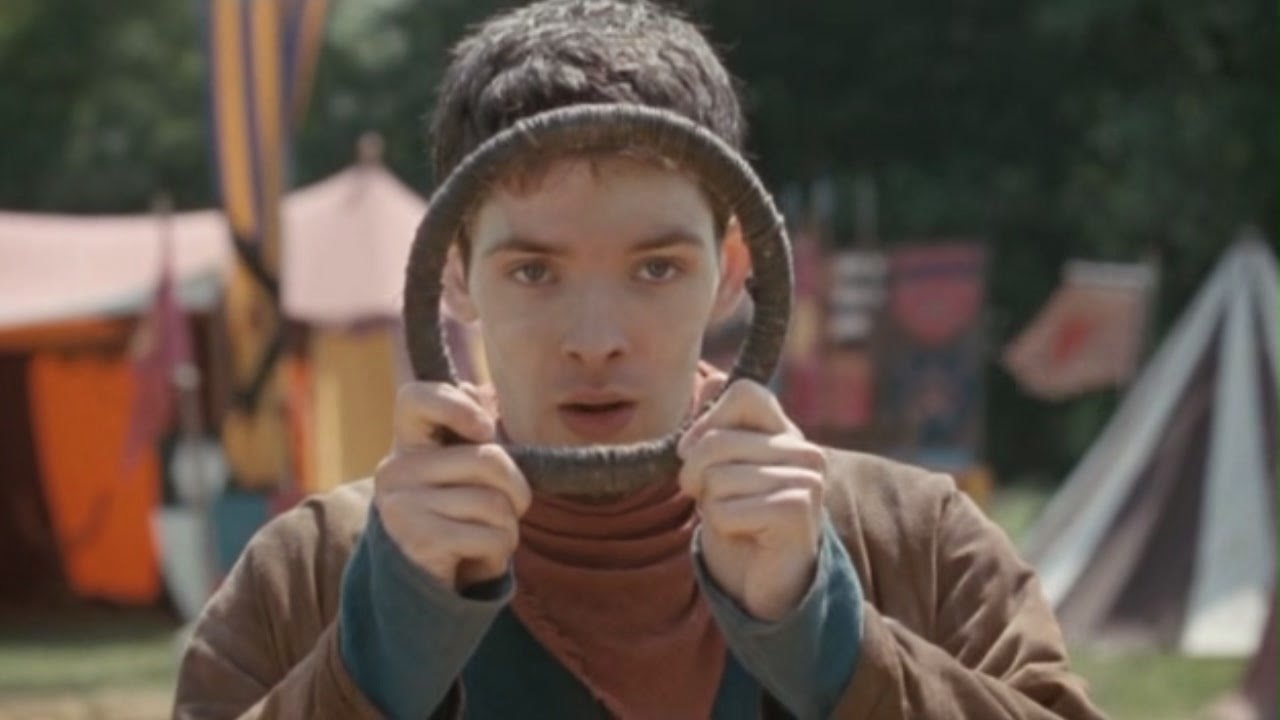 7. What made Jen lose her shit (in a good or bad way) in a bad way? The creepy sexualization of the venom extraction. And also the Manticore in general. Creepy little fuck...