Okay so I have this friend. Her name is Nia and she's awesome. We've been friends since our oldest kids were in the sixth grade and I started the lit circle for some of the kids in their class. So yeah...that's a long time now considering both of those kids are now freshman in college. o.O

Anyway, Nia's also a big Doctor Who fan and when I told her about my unmitigated evilness, she was delighted and wanted in. (If you missed the posts about me being the worst mama ever, you can find them here and here.)


Killian's aversion to Weeping Angels has spread to include almost all angels now. So, Nia and her girls came over a few days after Christmas and did this to our front porch. Please excuse the overabundance of computer pieces and parts. I put them on the porch to remind me to take them to be recycled, and well, I'm easily distracted. Or something.

Anyway, Nia timed it so she could be sitting in her van across the street when I came home with the boys. I made sure Killian walked into the house first. He stopped dead...stared...threw his hands up in the air and said, "I'm out. I can't believe you guys. I'm just out."

Meanwhile, Nia, her girls, Corwin and I were dying laughing. I know he's going to get us all back. It's just a matter of when. 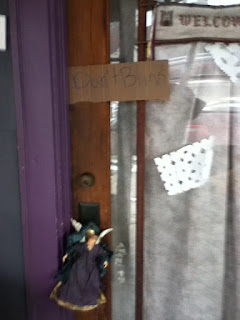 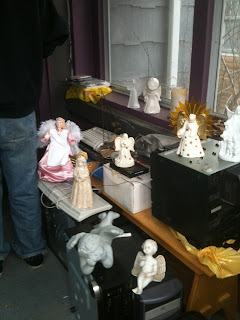 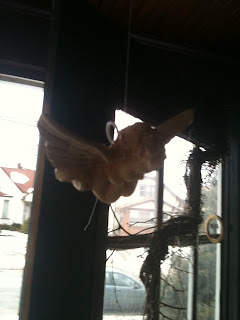 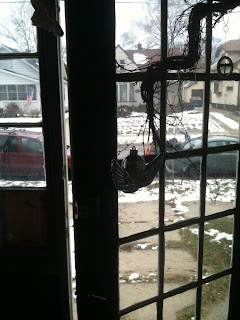 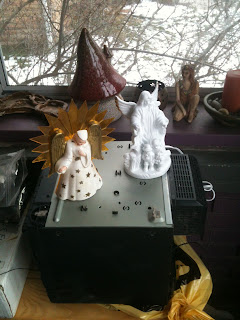