I love Halloween, but I'll be honest, I don't usually go above and beyond. I appreciate it when other people do, but I'm not much of a decorator or party thrower. It's just not my bag. We decorate a little. And carve pumpkins - almost always with my sister, Cait. And bake cookies and pumpkin seeds.

I do, however, love a good costume. And I love making a good costume. It's kind of like a puzzle as I try to get something to look as close to a cartoon or movie as I can in real life. Often, there's no real pattern - just a lot of eyeballing.

But here are a few homemade costumes - at least the ones I had scanned already. For some reason, there are more pictures of Corwin in costume than Killian - mostly just the luck of the scan. Look! I'm the Mother of Dragon - Killian at about 2 years. 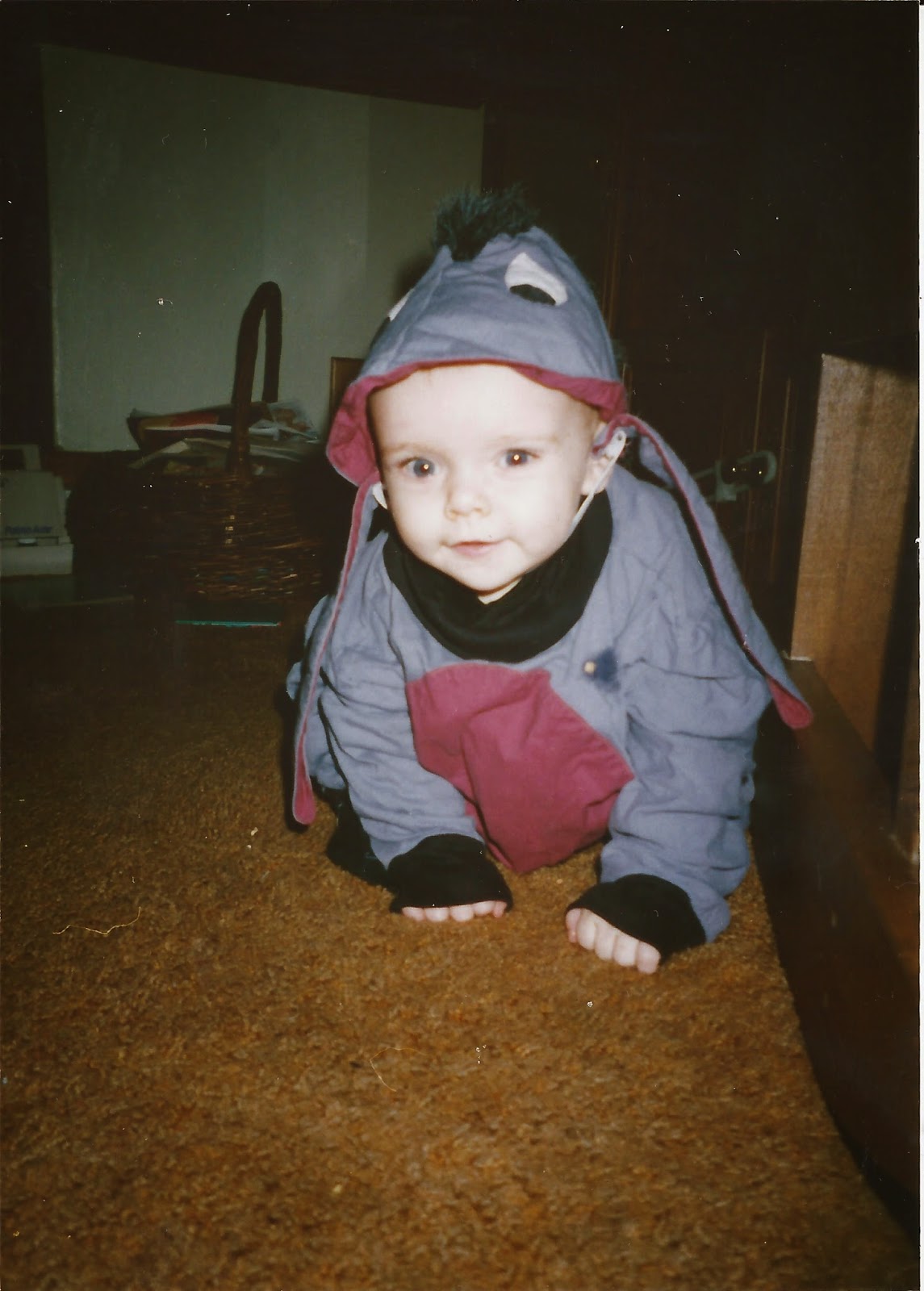 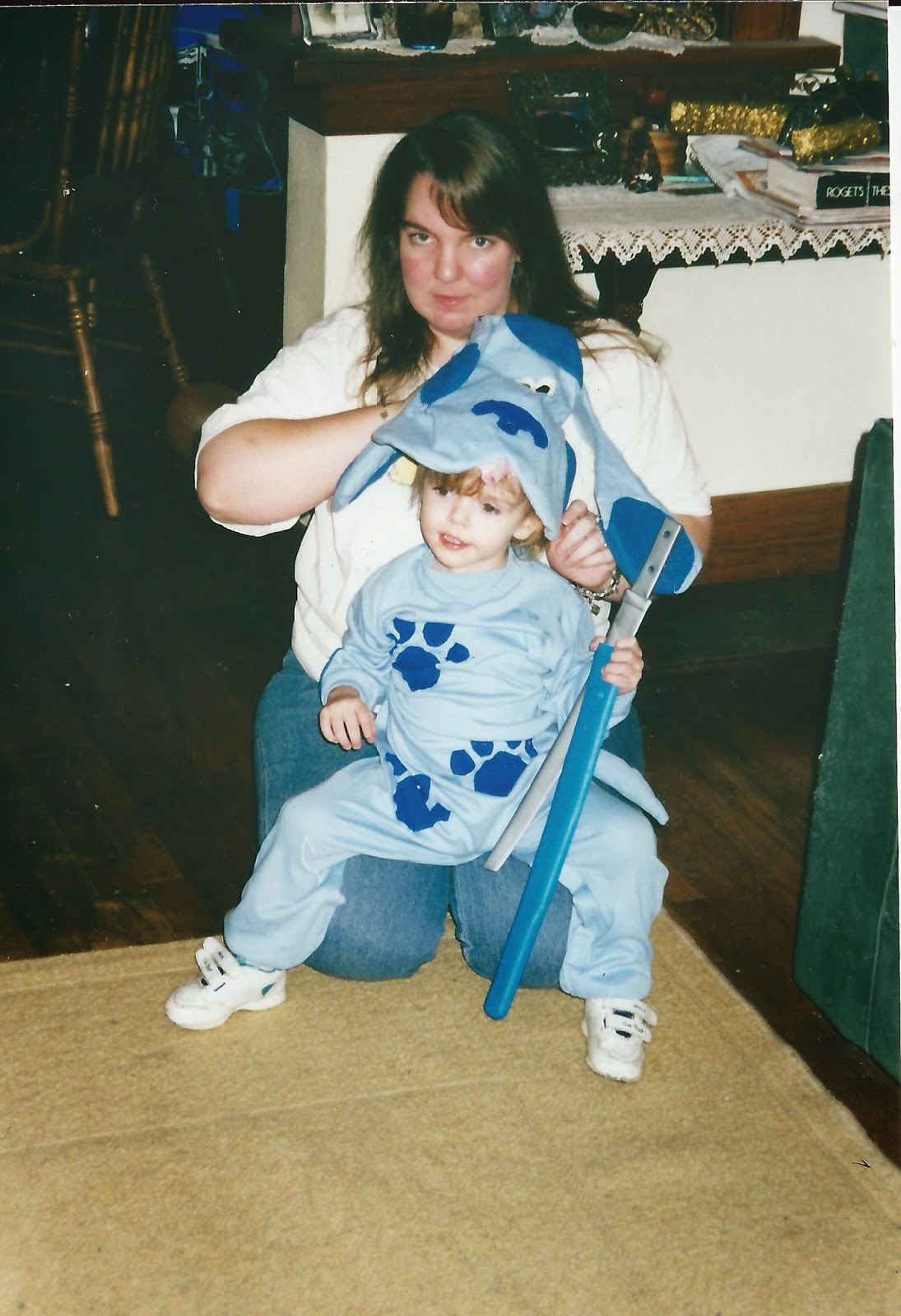 Bet you didn't know that Blue carried a ninja sword, huh?  Corwin at about 2ish. 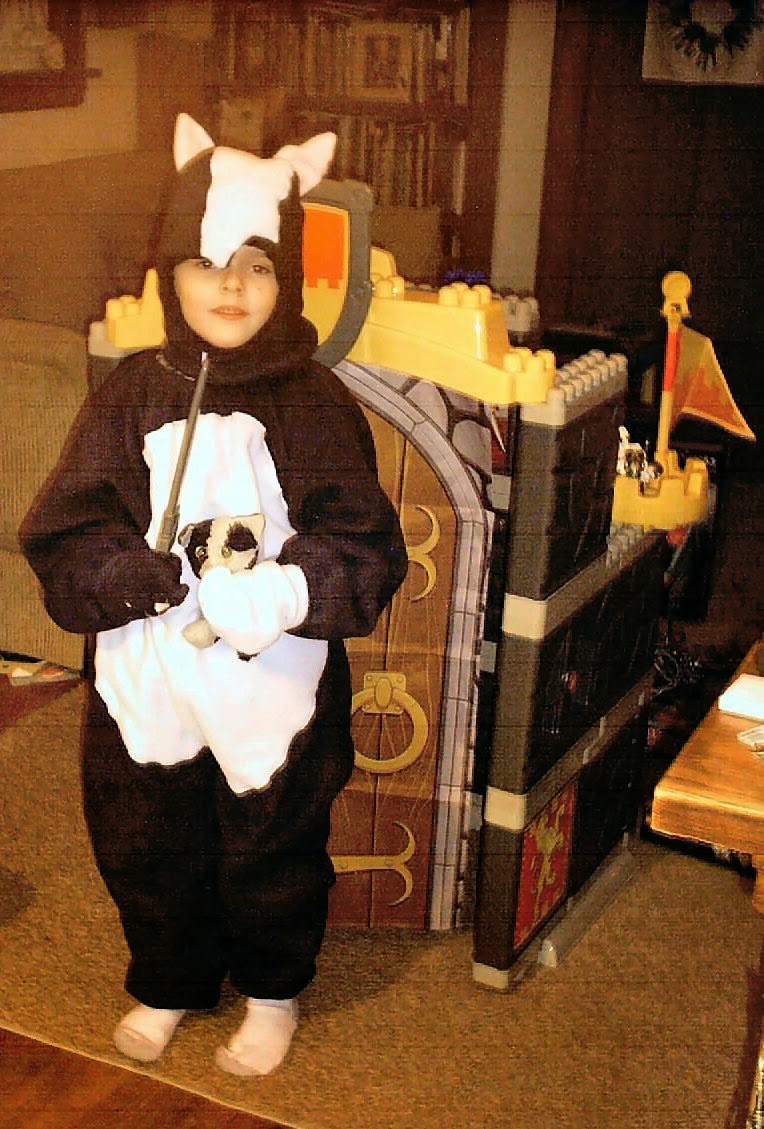 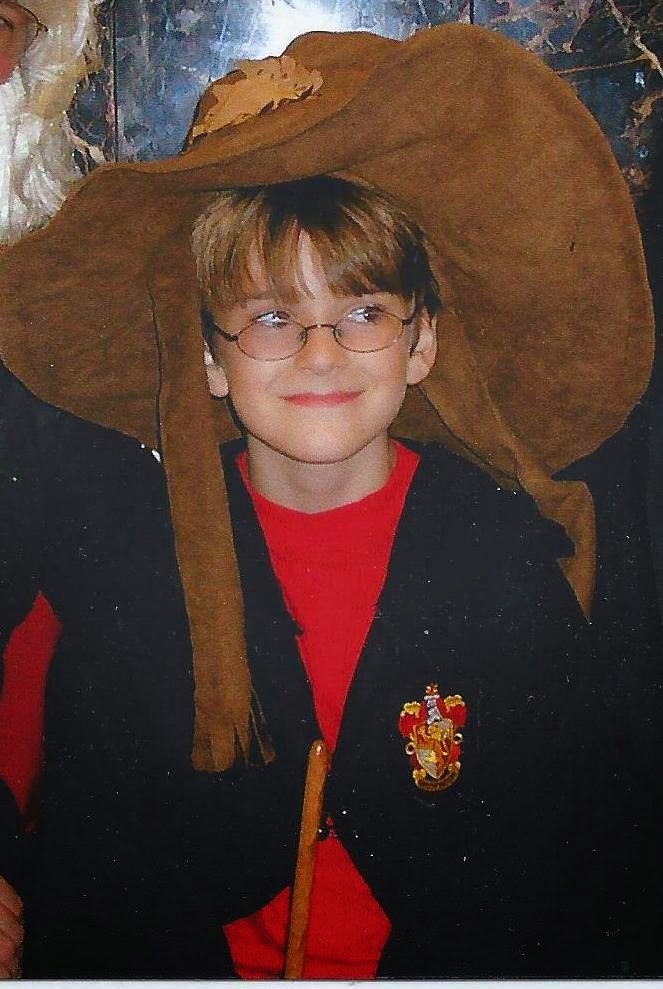 Killian in his Harry Potter robes that I made, and the HP red sweater that Grammy made - full disclosure: neither one of us made the Sorting Hat. 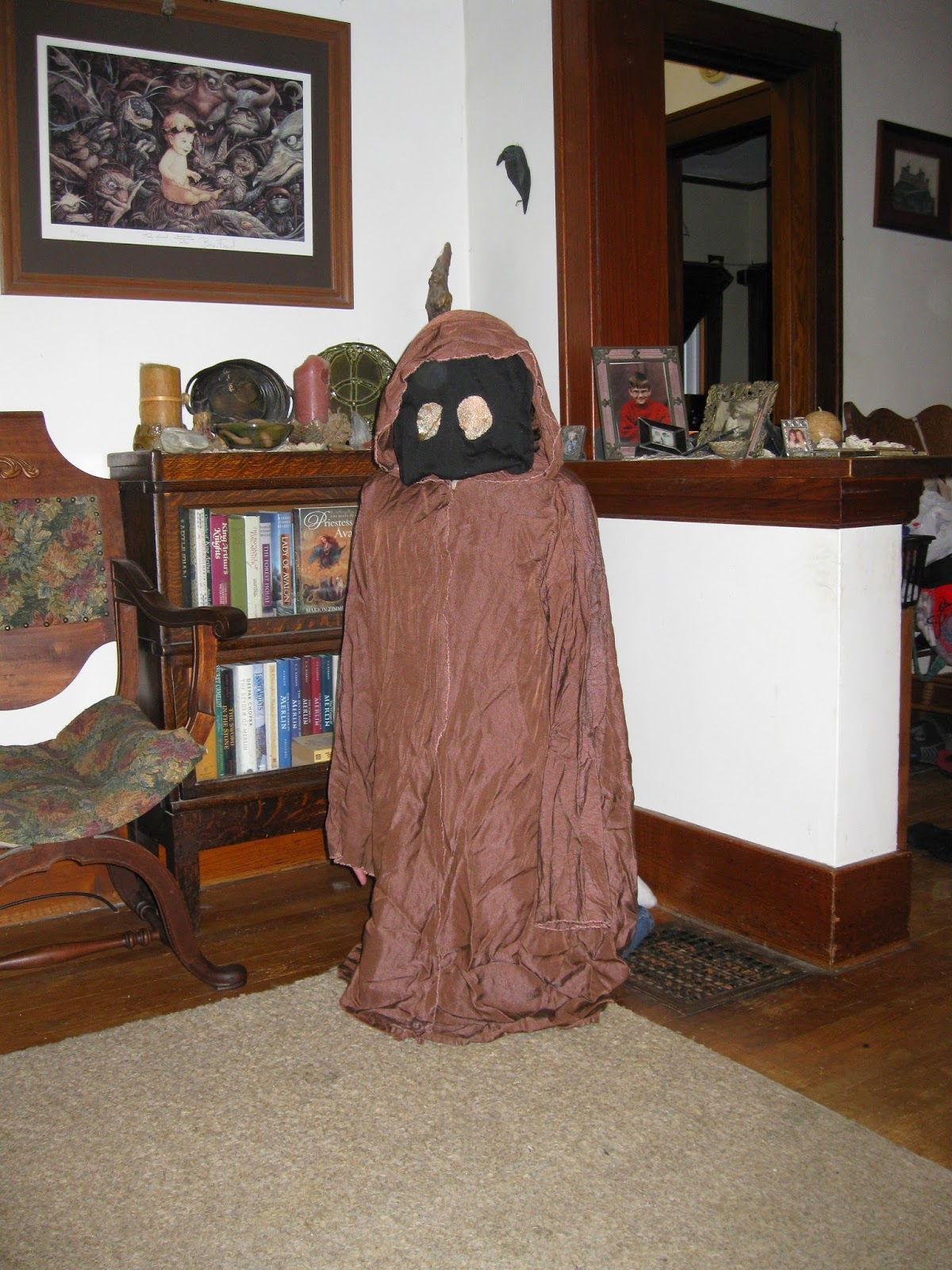 Corwin in his Jawa costume - Captain Kitty had a matching one. 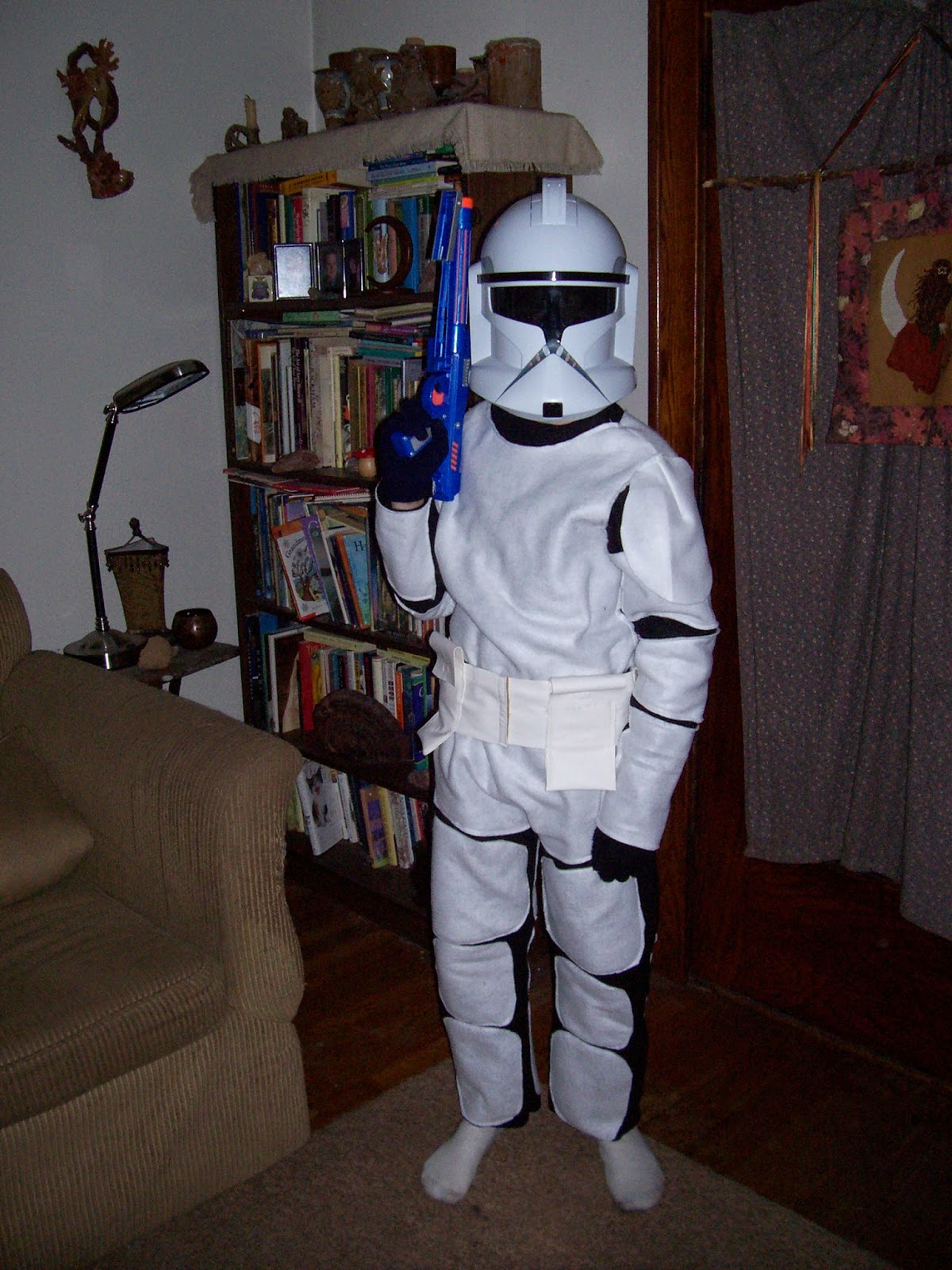 And Corwin in his Stormtrooper costume.

So...what are some of your favorite Halloween traditions? Got any favorite costumes?

Sure, lady, put us all to shame. Those are fantastic costumes. :)

I'm with Jess. What are you magic?? Those costumes are awesome. And you eye-balled them??? You are magic.

Fabric eyeballing is easier than say...is that dresser gonna fit up that stairway. :D But thank you! :)

So wish I lived closer so I could get you to teach me to sew! You rock lady!