Merlin Club: The Witchfinder or The One Where Merlin Carelessly Performs Magic and Endangers Someone Else He Loves

So this episode opens with Merlin being carelessly stupid (sorry, Jess) and despite living in a kingdom where people are routinely put to death for even being suspected of using magic, he decides to use magic to create a galloping horse from the smoke from a fire. Now, granted, he’s in the woods, but so are other people – like the peasant who labor to harvest all the fucking fruit that the royal family of Camelot apparently needs to have on their tables (ALL THE TABLES) at all time. So one of the peasants flips shit and goes to report the magic smoke horse to Uther naming Merlin as a witness. 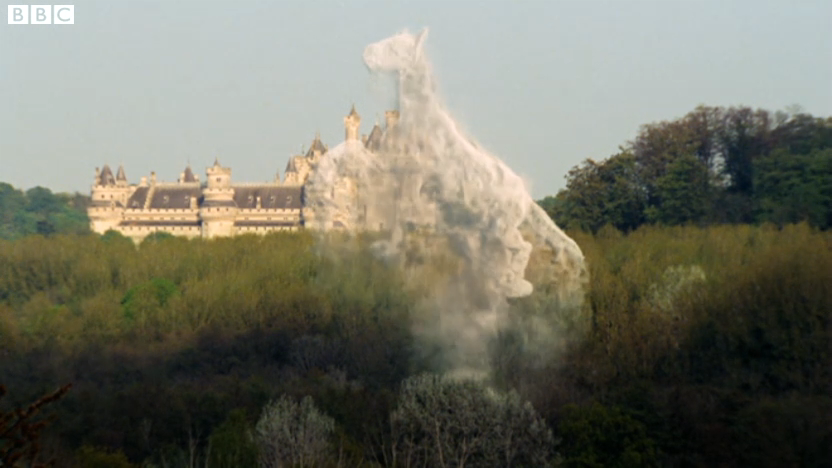 Uther calls in the Witchfinder aka Aredian aka Tywin Lannister, and he shows up in the dead of night dressed all in black and a serious jewelry collection that looks like he raided my Aunt Malita’s jewelry box from the 70s and pulling a jailer’s card behind his horse. 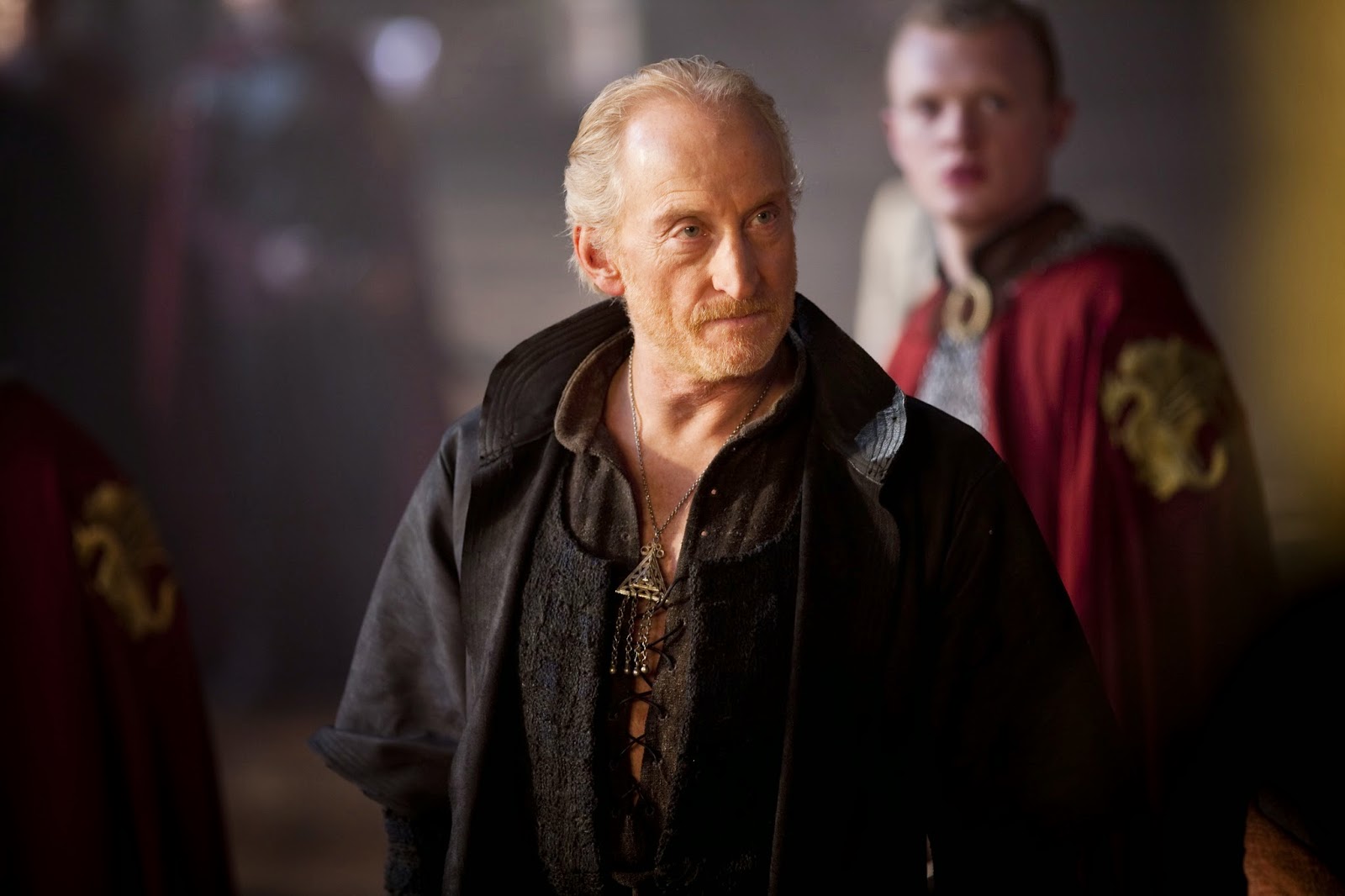 So Aredian sniffs out magic use all over Camelot and brings in three witnesses who testify to Uther that they’ve seen terrible, magical things in a very Crucible-esque scene. Aredian accuses Merlin and Merlin is thrown into the dungeon. Gaius and Merlin’s chambers are searched and by searched, I mean every fucking thing in the place is destroyed, upended, trashed and otherwise ruined. Finally, a bracelet with a magical glowing stone is found, and Gaius takes the blame for it to protect Merlin, thinking it’s his. 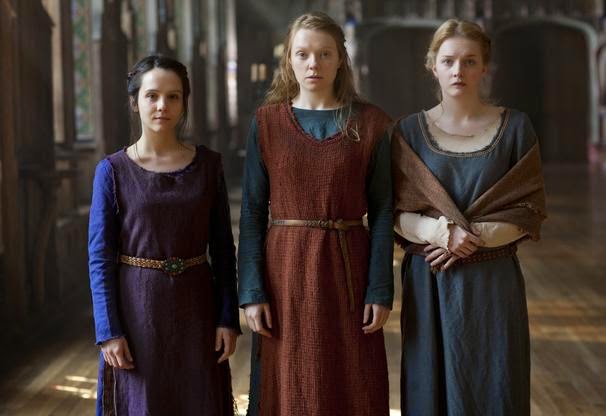 Merlin is released and Gaius is thrown in a cell where he’s tortured, starved, mentally abused and otherwise treated horribly. Even worse, Aredian tells him that he’s marked Merlin and Morgana as sorcerers, too. He tells Gaius that if he confesses, he’ll spare Merlin and Morgana, so Gaius agrees to confess. 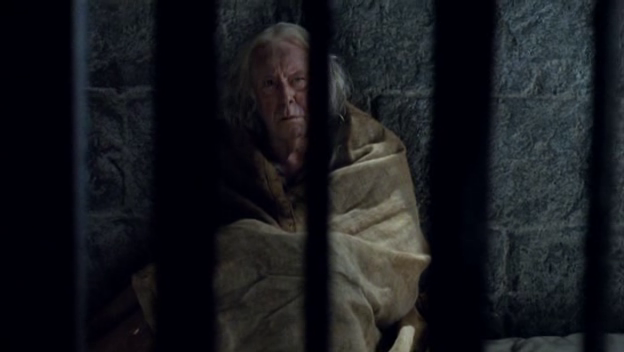 Gaius, in front of all the important people of Camelot, confesses to being a sorcerer and Uther orders him put to death. Merlin flips shit and goes to attack Aredian calling him a liar and Arthur is up out of his chair before the guards can respond and drags Merlin from the room. He breaks the law and brings him down to the dungeon to say goodbye to Gaius. 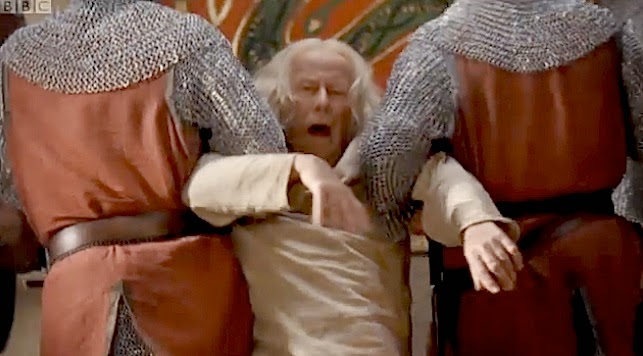 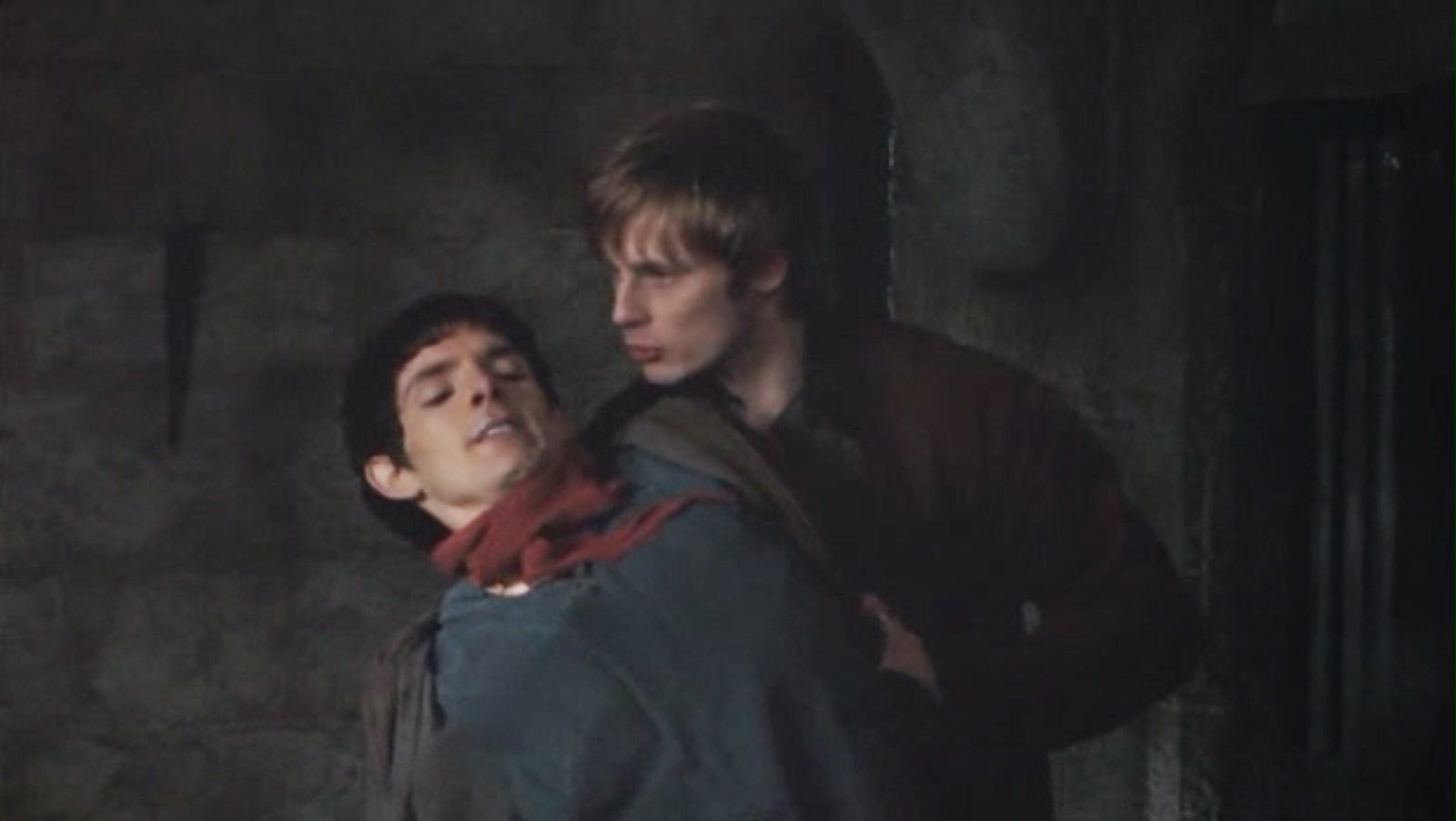 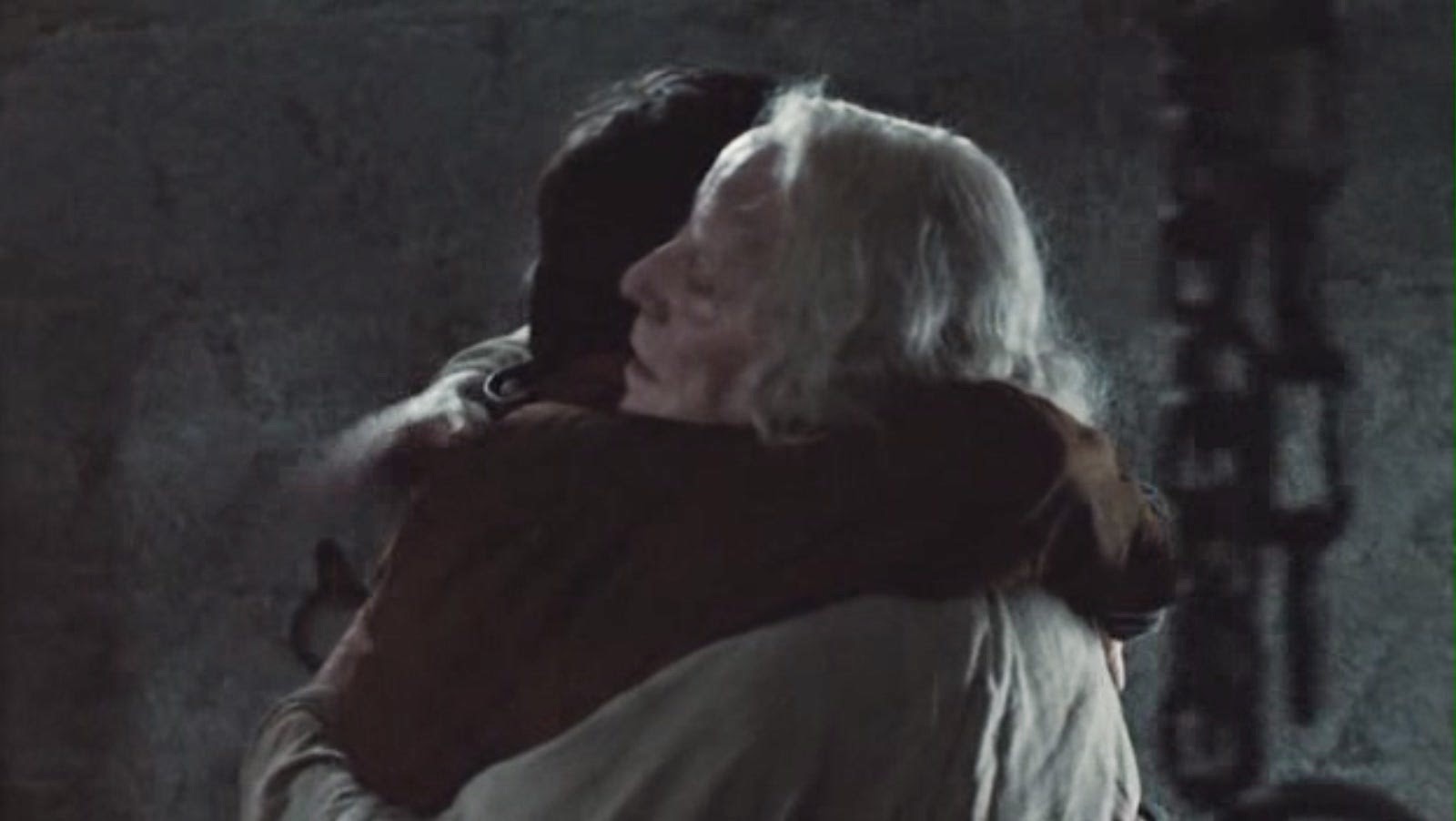 Merlin and Gaius figure out that Gaius was framed so Merlin and Gwen pull out some Sherlock and Watson action and figure out that Aredian was using belladonna eye drops to create hallucinations in the witnesses. Gwen uses a heavy dose of guilt to get Arthur to stop the Gaius’ execution just in time and Merlin lays out his accusation and there’s that whole upstart peasant thing going on, but Arthur steps in for Merlin and says that they should at least investigate. 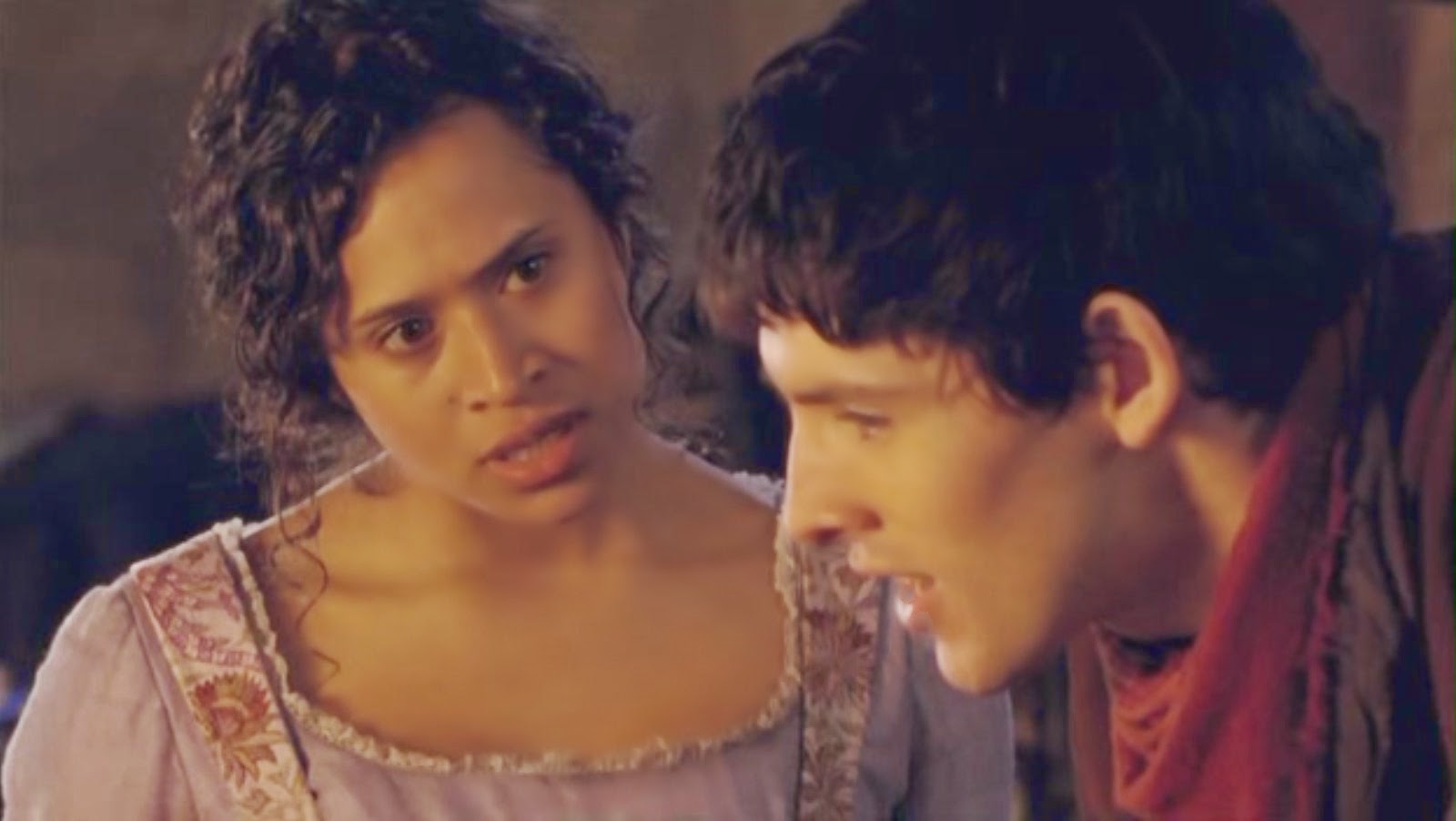 When they do, they find a crap-ton of the same kind of bracelets that Aredian used to frame Gaius and then Aredian vomits up a toad then takes Morgana hostage but Merlin uses some discreet magic to heat the hilt of Aredian’s blade to burn his hand and he loses his balance and falls through the tower’s window to splat on the courtyard below. 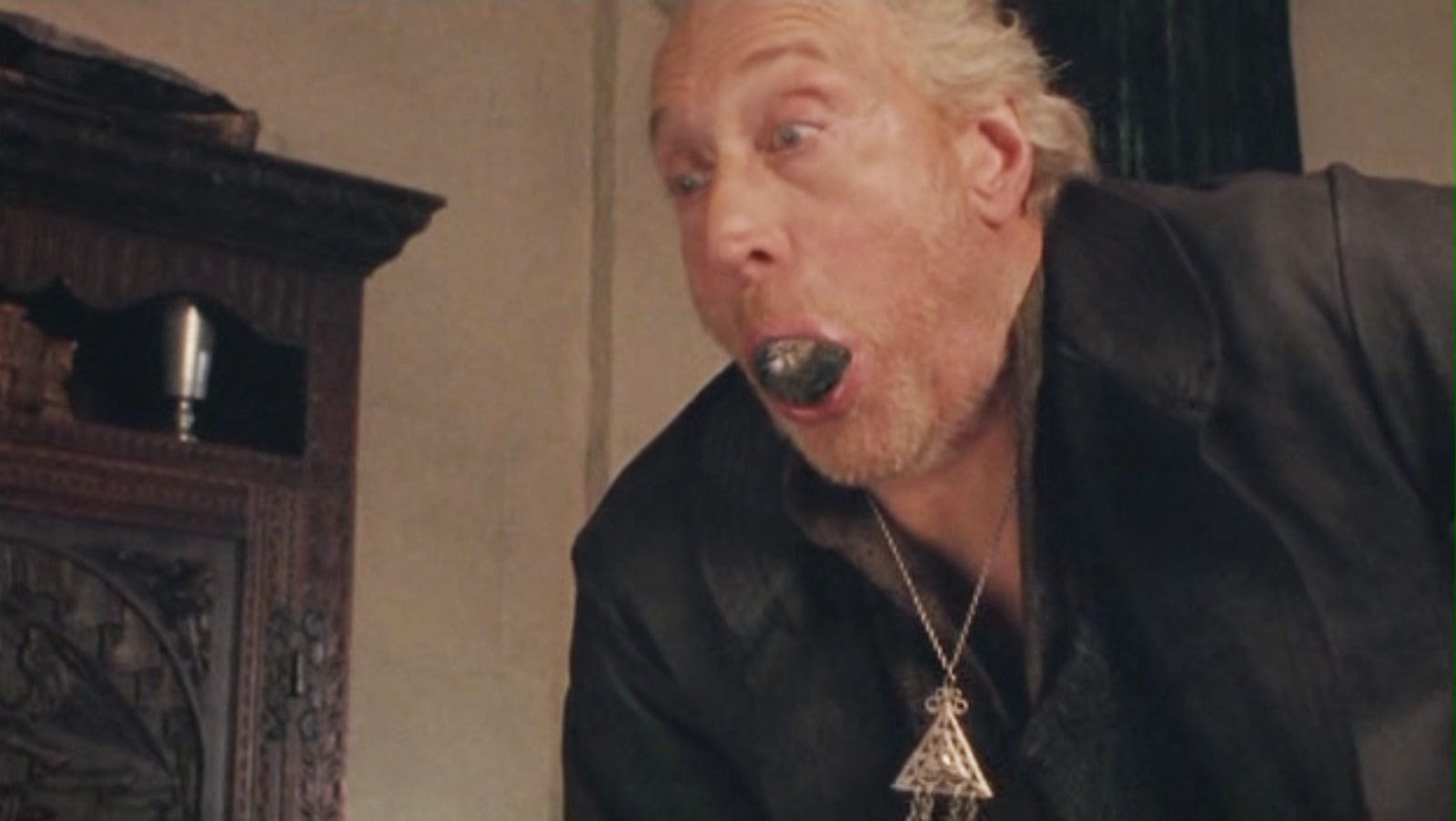 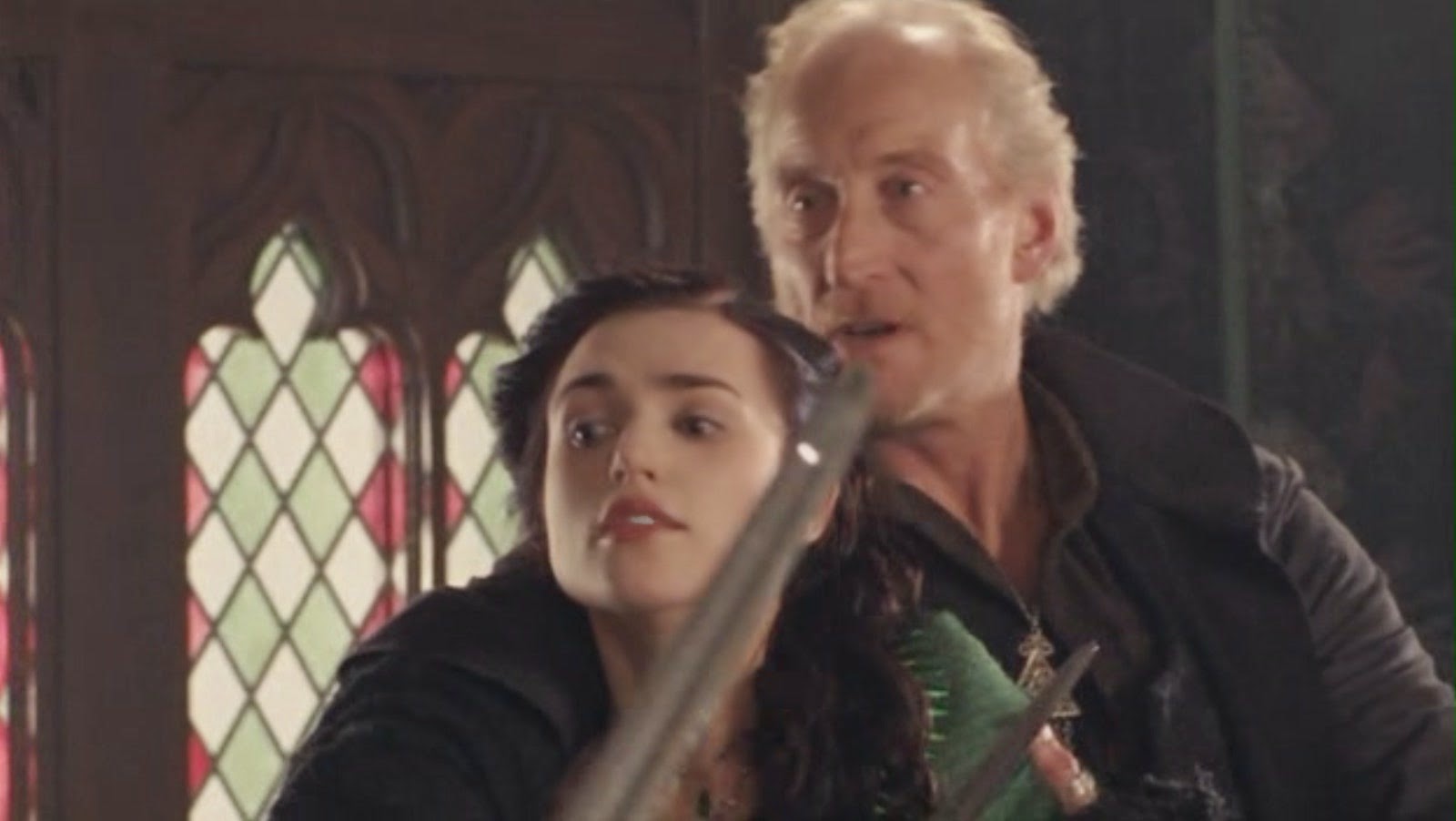 Later, while Gaius is cleaning up the nightmare his workspace was left in, Uther comes in and gives the most half-assed of all half-assed apologies. Happily for the viewers, Gaius is having none of it. He’s very dismissive of Uther. Which Uther deserves.


1.       If I’d written this episode...I'd have a better reason for the Witchfinder to called in. Merlin making stupid choices and causing serious trouble for other people is getting a little old.
2.    The thing I loved/hated most about this episode. Loved: Seeing seeing Charles Dance channeling my Aunt Malita.  Hated: That Uther couldn't be arsed to stand up for his longest most loyal (even though he doesn't deserve it) friend.
.
3.    Something you’ve never noticed about this episode before. How no one questions Aredian's hilt heating up and burning his hand. Doesn't *anyone* in Camelot pay attention to anything?
4.    Favorite Costume. Aredian dressing like my Aunt Malita FTW. 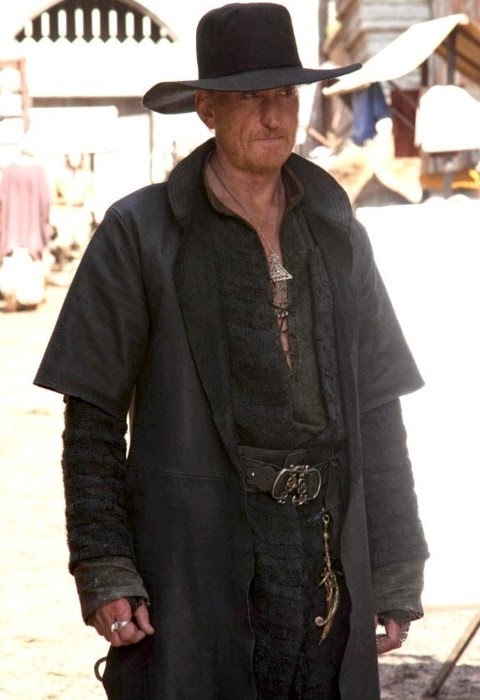 5.    Here is Proof of some random head canon I’ve created. Again, the only this I have is that Uther is a fucking idiot. But I'm pretty sure that's show canon rather than mine.
6.    What Merthur moment did Jess have the naughtiest thoughts about? Definitely when Arthur jumped up out of his seat to manhandle Merlin out of the room in order to save him.

7.   What made Jen lose her shit (in a good or bad way) in a bad way?  Her sense of wonder and awe that Uther hasn't completely run Camelot into the ground through the sheer force of his stupidity.

You know, I always thought nobody said anything about the hilt of the sword glowing because they already thought he was magic. So I figured maybe they thought it was a spell that backfired or something.

No need for "sorry"...Merlin was stupid for the smoke horse, no question on that.