A Few of My Favorite Things: Movies!

It’s time for another installment of “A Few of Our Favorite Things” and this month, it’s movies!

I’m going to limit this post to ten movies, otherwise, we’ll be here all damn day, and I have shit to do. These are just a few of my favorite movies off the top of my head and I know when I see the other bloggers’ lists, I’ll have many “oh yeah…” moments.

All of these movies are flawed, but I don’t care. I still love them and the sense of wonder and escape they provide me with.  But here they are – in absolutely no order whatsoever because frankly, that would just be too damn hard.

The Princess Bride – Once upon a time, a million years ago when we were in college, my dearest friend, Margaret showed up on my doorstep and kidnapped me. She brought me to a movie theatre that no longer exists to show me the wonder of The Princess Bride. She was going to college in another city and had seen it there, and she decided that I needed to see it, too, so she came home and pulled a surprise kidnapping. What’s not to love about this movie? Pirates, snooty princes and their sadistic accomplices, weddings, sword fighting, revenge, true love, being mostly dead all day…I could go on forever. But Margaret and I (like our children after us…and pretty much everyone else who’s seen it) still quote this movie. And probably always will. 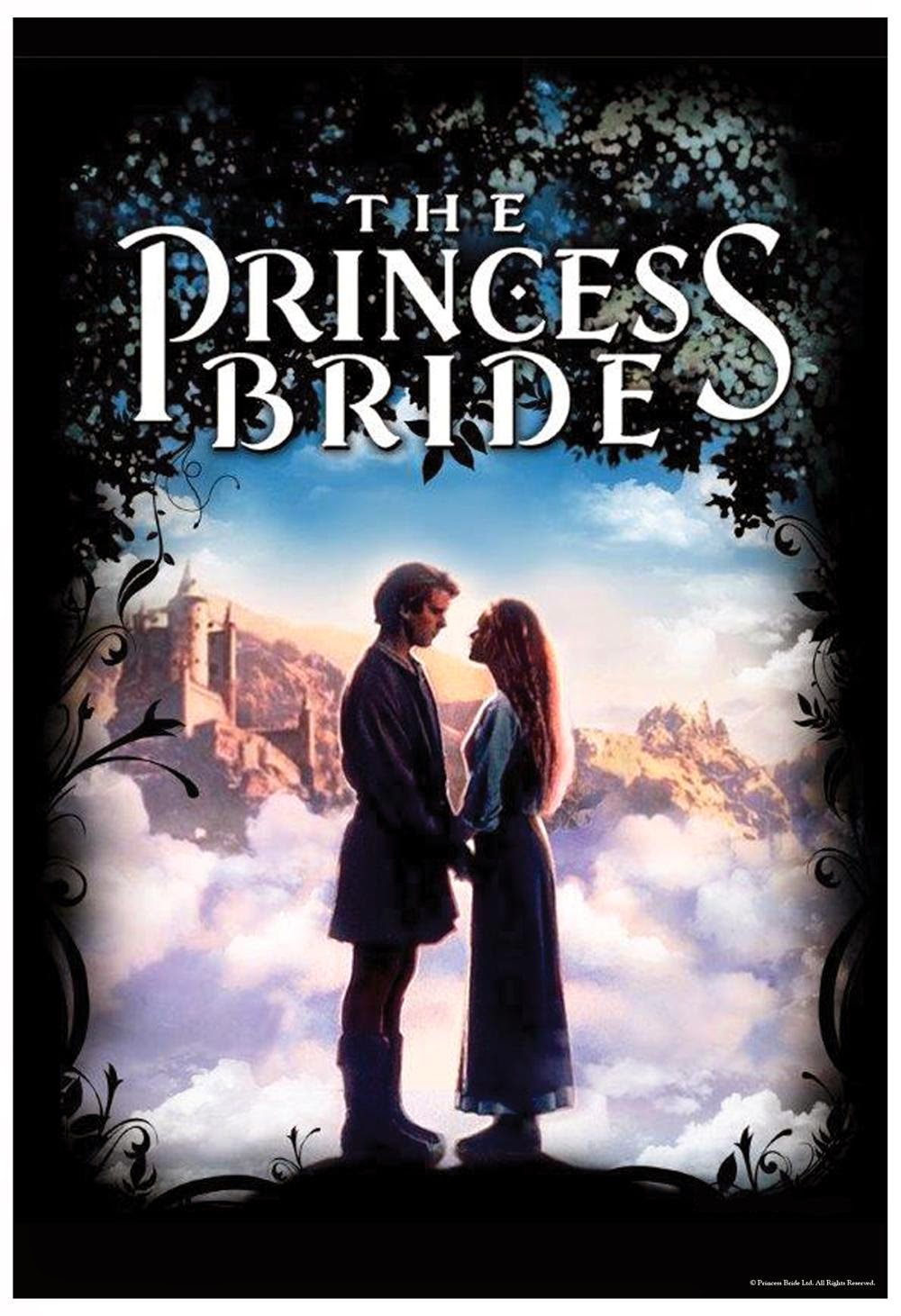 Serenity – This is the film based on the canceled-far-too-damn-soon show, Firefly. Think SciFi-Western and you’re pretty much there. Despite the fact that something horrible happens in this and makes me cry every damn time I watch it, I will never not adore this movie. The dialogue is pure genius, and the plot, despite being set in outer space, is a pretty chilling mirror of issues in today’s society. 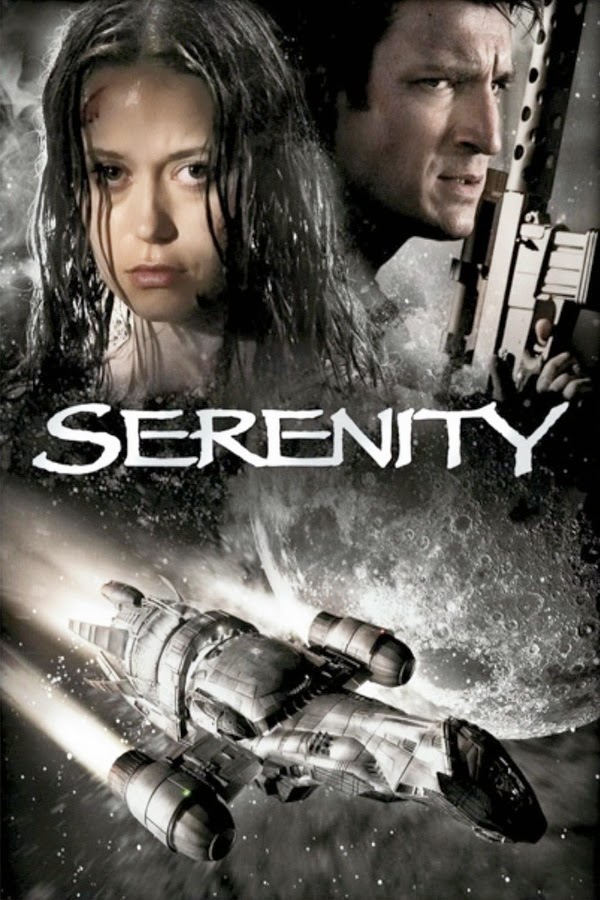 Star Wars - (the original three – the new ones can go fuck themselves) – I was 10 the year the first one came out and I didn’t get to see it until about two months after it was released and the line to get in still wound all the way around the outside of the theater. My mom took my brother and me to see it, and we were hooked. Finally, there was a princess who was kicking ass and not taking shit – even when she was held hostage on an enemy battle station. And, oh…Han Solo. *major crush* But I loved the whole good vs. evil/big guy vs. the underdog thing - and I still do. 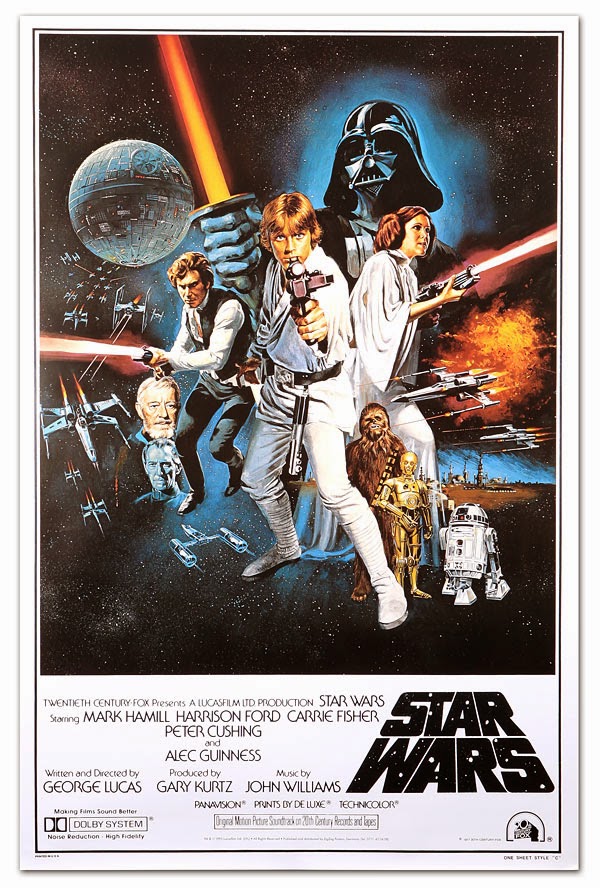 Labyrinth – I love this movie unapologetically and utterly unironically. Considering it was in heavy rotation during my days of doing child care, I’ve probably seen it 300 times, and I can probably recite it from beginning to end and I feel NO SHAME WHATSOEVER. For those who’ve never seen it, *coughJessJarmancough* it’s the story of Sarah, a teenage girl who wishes that the goblins would come and steal her baby brother, and the Goblin King, played by a glorious 1980s David Bowie obliges. Sarah has to get the baby back before he becomes a goblin. It’s also the story of David Bowie in spectacularly tight pants. Oh, and goblins. And friendship. And David Bowie’s pants. 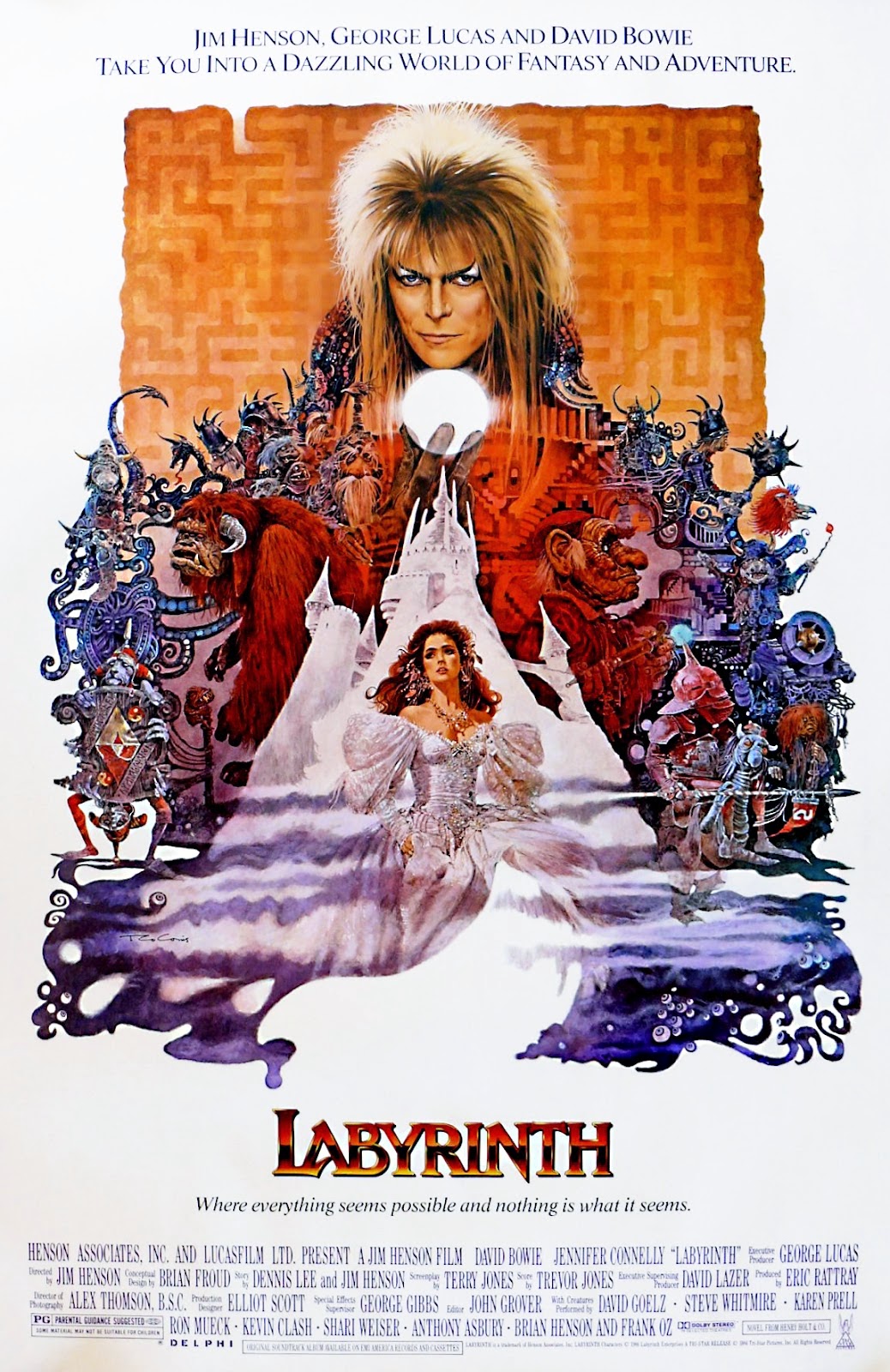 Willow – An early 90s gem, staring Val Kilmer when he was young…and beautiful. No really. Go look it up if you don’t believe me. He was stunning. But enough about Kilmer. There are faeries, and witches, and warriors and a baby and trolls and battles! It’s one my family’s most oft quoted movies – next to The Princess Bride and Labyrinth, that is. 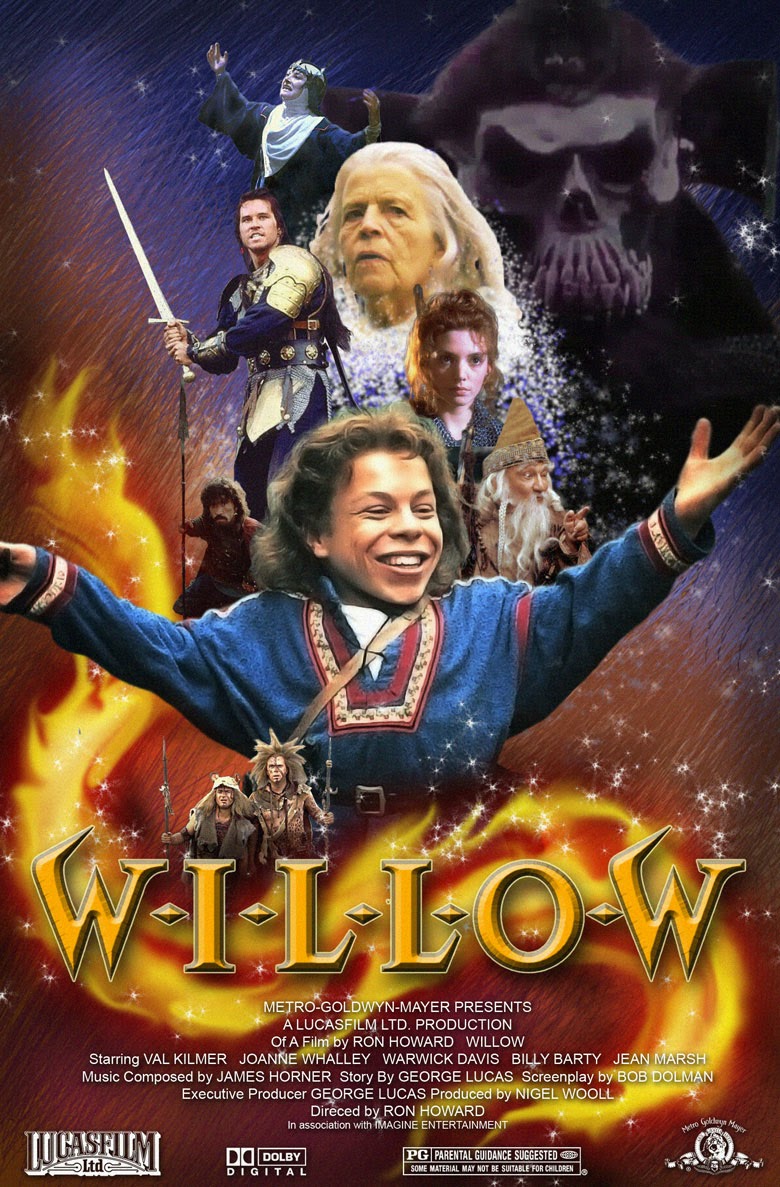 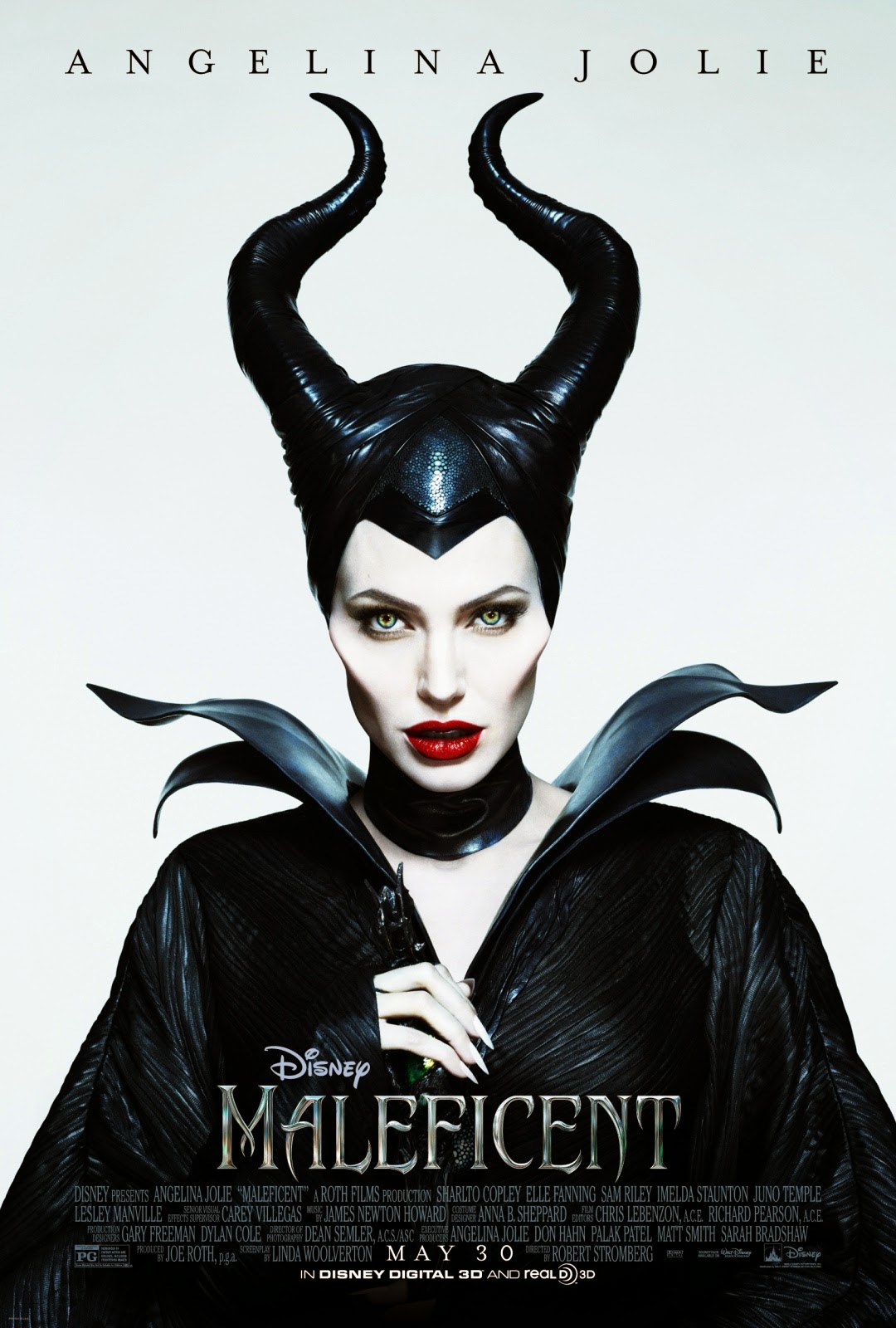 Frozen – I’m late to the party on this one, because I only just saw this on Mother’s Day, but man, I love this movie! The songs, the dialogue, the fact that sister saved sister instead of the love interest. And, as a very wise friend pointed out to me, Elsa’s story is an allegory for mental health. Think about it… 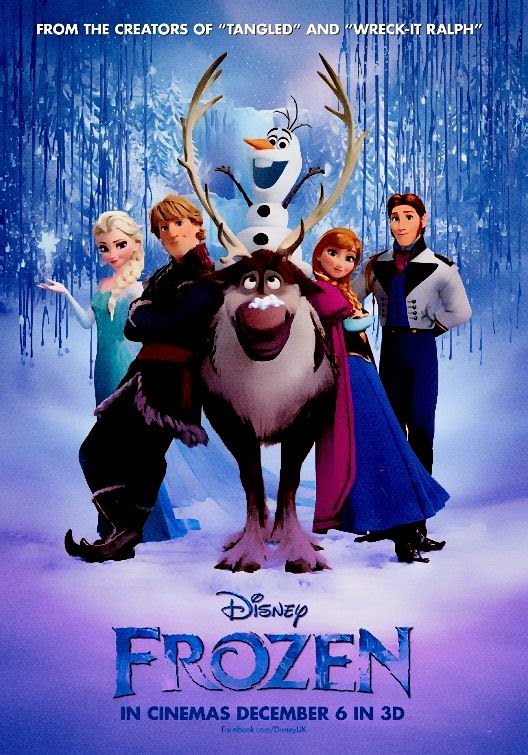 Star Trek Reboots (Yes, I’m counting both. It’s my blog. I can do that.) – I know that not a lot of people like these, but I do. They’re intense, fun, and I adore the cast. Also, any franchise that casts Benedict Cumberbatch as Khan? Sign. Me. Up. 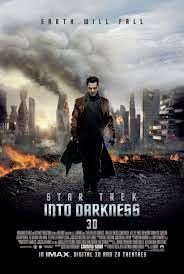 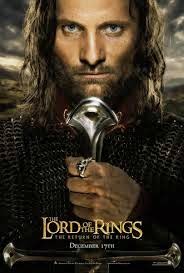 Beauty and the Beast – This is another one that I can recite from beginning to end. And I’m cool with that. Yes, it has large gaping plot holes, but I love it in spite of those. Before Elsa and Anna, Belle was probably my favorite Disney princess despite that hideous, yellow ball gown – but props for it not being pink or purple. 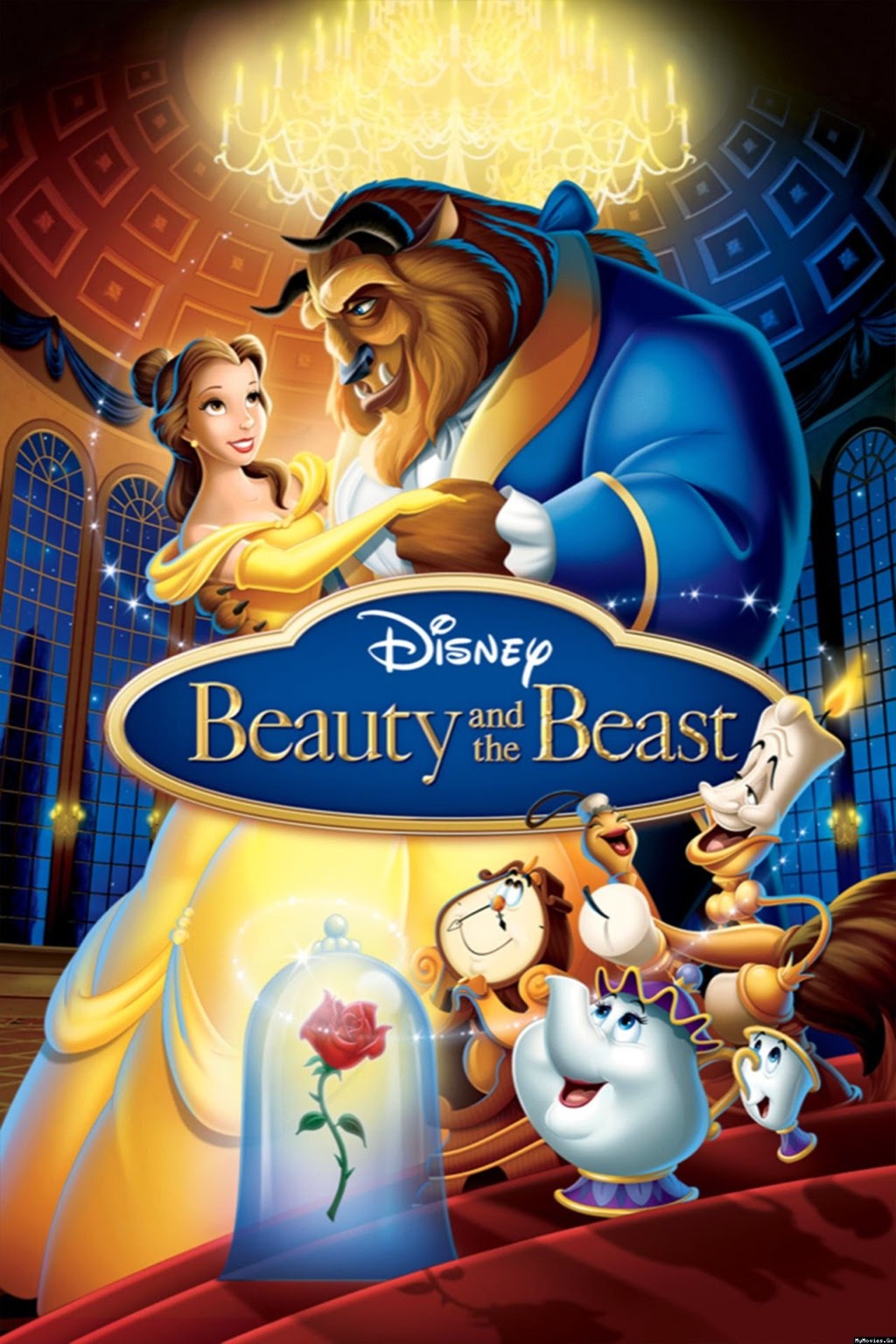 Beetlejuice – Beetlejuice! Beetlejuice! Beetlejuice! This movie just makes me giggle every time. My kids made one of their friends watch it recently (the kid had never seen it) and I watched it with them. I couldn’t believe how young Alec Baldwin was then! The most oft quoted line by me, is “I will go insane. And I will take you with me!” As a threat, it’s pretty useful. 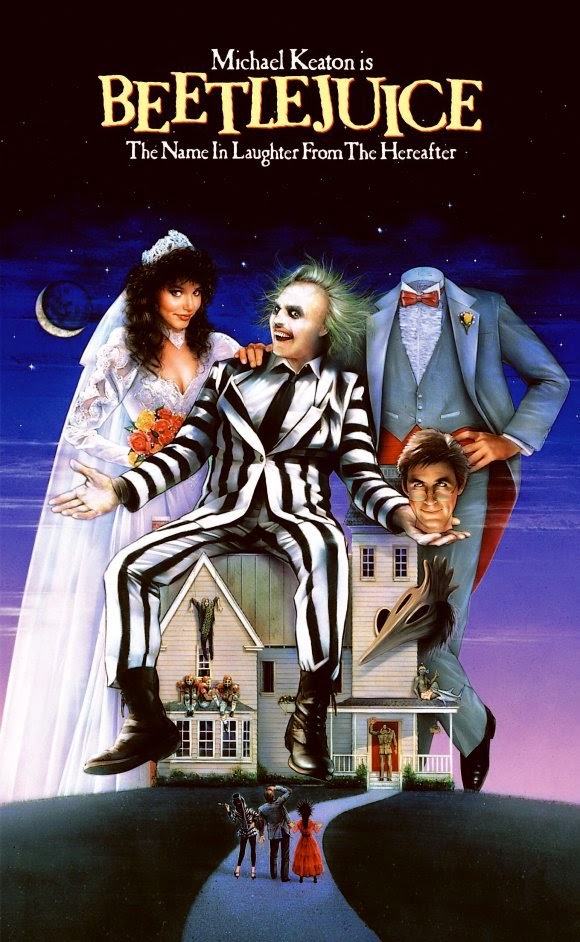 Tangled - Love, love, love this one. Rapunzel has always been one of my favorite fairy tales, and this version is no exception. It's a great story of friendship, love and belonging and the lantern scene always makes me a little weepy, but dude, I love that horse. 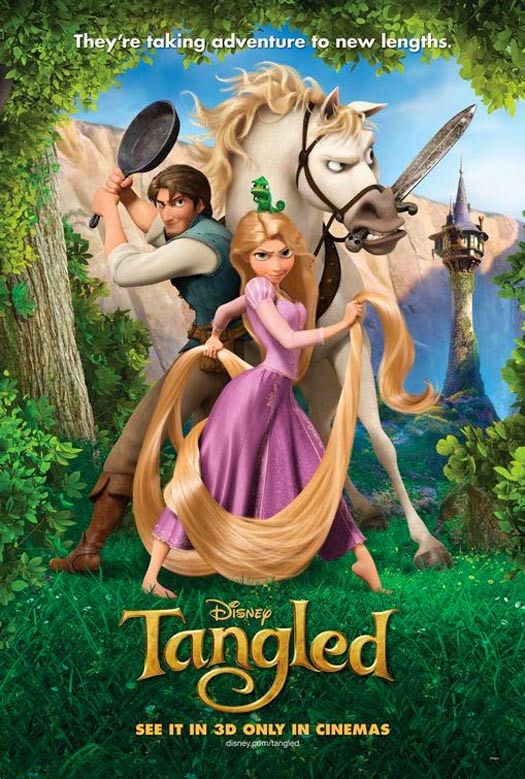 So these are just a few of my favorite movies. What are yours? Share! And also be sure to check out the other bloggers’ faves by clicking on their names!

The Princess Bride. The Matrix (original only). Amelie. Playing by Heart. Better Off Dead.

@Chris - I love The Matrix and Better Off Dead! I need to watch BOD again soon! :D I've never seen the others, though.

You've never seen Amelie?!? OMG. You HAVE to watch it ASAP. It's completely amazing and the soundtrack is a delight. I can't recommend it highly enough. Really. It might, might, might be my all-time favorite.

Playing by Heart will shock you when you see the cast and then wonder why you've never heard of it. :)

@Chris - I will reward myself with these when I finish this book. :D

Your entire family will love Amelie, I suspect. :)

Awesome movies!! LotR of course is on my list. I should have added Beauty & the Beast and Frozen too since I love them. But, like you, my list was running quite long. Oh and Willow! Val Kilmer in that movie was totally yum worthy. *sigh* We need to do another favorite movies blog since I have so much more to say.

My most oft quoted line from Beetlejuie is (and this isn't 100% accurate)...Open this door you dead people or I'll bust it down and drag you out by the ropes you hanged yourself with!

Don't ask why I have so many opportunities to quote this. :)

@Leigh - I can't even put into words how much that delights me. :D Delia Deetz will forever be one of my favorite characters.

How could I forget The Fifth Element?! D'oh!

How the hell did I miss Lord of the Rings? Also... Better Off Dead. Yes... John Cusack. I want my two dollars. I freaking loved that movie. Sigh... there are just too many. And I remember Willow. The part where they say... Follow the bird... the bird is returning to the village...forget the bird and follow the river!

Wow... the only thing on your list that I haven't seen is Serenity. Not bad. :)

Those are great movies! But the movie that came out in 2014 that I liked the most would have to be Frozen. It is not your ordinary romantic fairytale that Disney usually offers. The moral lesson of the story isn’t in the story itself, but in the characters that made the story wonderful.