A Few of My Favorite Things: Books, Books and More Books

So this week's topic is favorite books. I've already had a stern talk with myself about the importance of self-control since I've got a massive to-do list and if I don't rein myself in with this list, ain't nothin gettin done today.

Now, these are in no particular order, because how could I possibly make *that* choice!? I'm not a monster!

The Paper Bag Princess by Robert Munsch has been among my favorite books for over 25 years. I used to read it to my little sister, Cait, to my kids, my daycare kids, my nieces, my nephews...look, pretty much I'll read this book to anyone who will listen. It's my go-to book for baby gifts and probably always will be. It's the story of a princess whose prince is kidnapped by a dragon. She outwits the dragon and saves the prince. Only, it turns out that the prince is a bit of an asshat, so she skips off into the sunset without him - knowing she's deserves far more than a asshat prince. 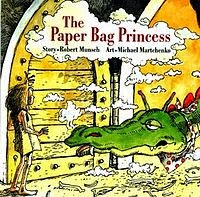 The Wild Wood by Charles deLint. This is by no means deLint's best book, but I love it just the same. I'd orignally purchased an out of print copy of the book because I collect the art work of Brian Froud - the guy who illustrated it. When the book arrived in the mail, I flipped through it and looked at all the pictures. Then I went back to the beginning, started to read and fell in love. deLint's imagery and voice sucked me in and hasn't let go. I love his work. I love the words he creates. I'd bought this book for it's art, but instead, I ended up with while new worlds to love and lose myself in. 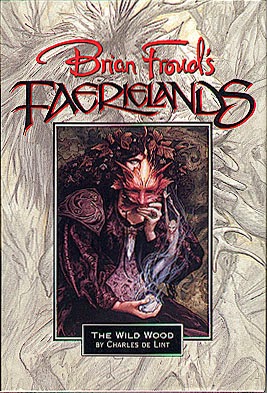 Winnie the Pooh and the House at Pooh Corner by A.A. Milne. Yes, I know I listed two books, but they're a set, damn it! I've loved Pooh forever. My mom used to read them to us at bedtime stories.  And Pooh might be a silly old bear, but he's also wise and wonderful and comforting  when I need it. 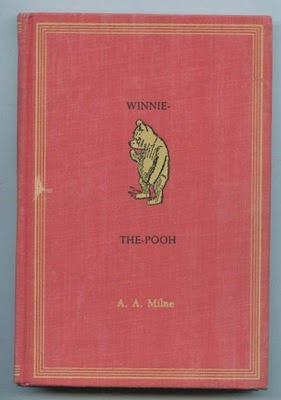 Noble-Hearted Kate by Marianna Mayer is a fairy tale very loosely based on the old Scottish tale, Tam Lin - one of my very favorites. Kate's beloved stepsister is cursed with a goat's head (she pissed someone off) and Kate goes on a quest to restore her sister and also manages to rescue a prince from the wicked queen of the faeries. You might be noticing a theme here, but I assure you, this prince is not an asshat. 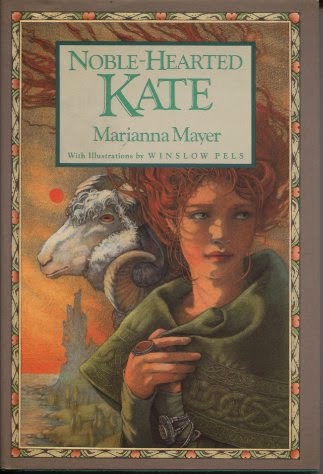 The Wild Swans by Susan Jeffers is another bedtime story from my childhood. We never had a book version of it - my mom just just told it to us. When I was in college, I found an illustrated version and fell in love with it. Basically, a princess and her seven brothers are exiled and cursed by their evil stepmother. The brothers turn into swans every night and the sister has to knit them sweaters made of stinging nettles to turn her brothers back to humans for good. Also, there's a little side romance. 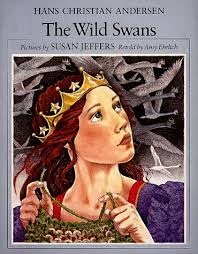 The Goose Girl by the Brothers Grimm was on of my brother's favorite fairy tales when we were kids. He *always* picked it when it was his turn. So I love it because of the story itself and also because it reminds me of him. This was back in the day when I only had one brother and my mom made us matching flannel jammies. It's definitely grim...think talking drops of blood and a talking dead horse's head, revenge and eventually after enough suffering, true love. And the illustrations by Arthur Rackahm are gorgeous. 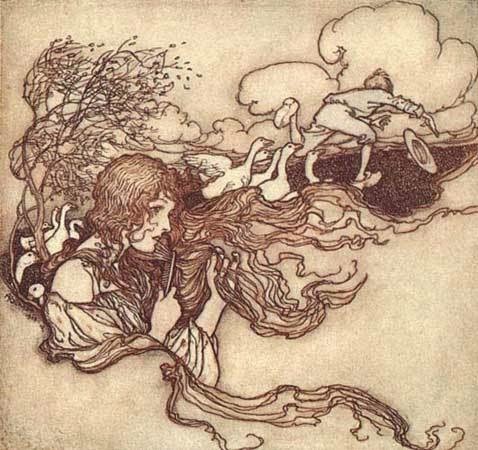 The Mists of Avalon by Marion Zimmer Bradley. Okay, disclaimer time. I read this in college and adored it. I'm terrified to go back and re-read it because I fear it won't stand up to the test of time. And I'll probably be crushed if it doesn't. But I love Arthurian mythos and I adored that this was told from the women's perspective. Even if I did want to throat punch Gwenhwyfar quite a bit. 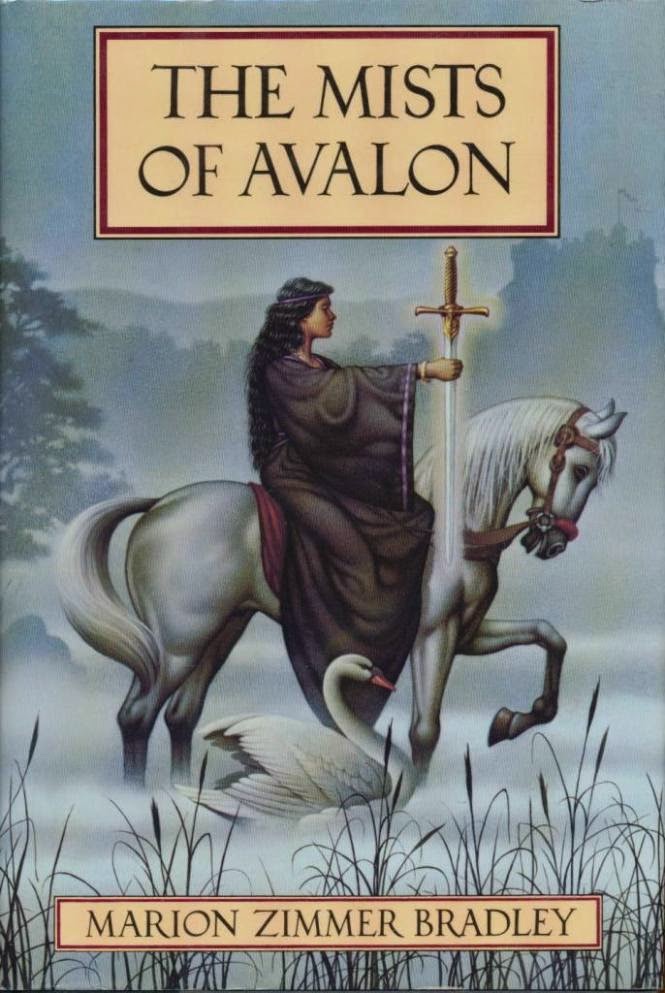 The Raven Boys by Maggie Stiefvater. Oh, this book. This freaking book. I loved it so much. A girl from a family of clairvoyants, a group of prep school boys, a quest for a dead, possibly mythological Welsh king, and angst - lots and lots of teenage angst. What's not to love!? 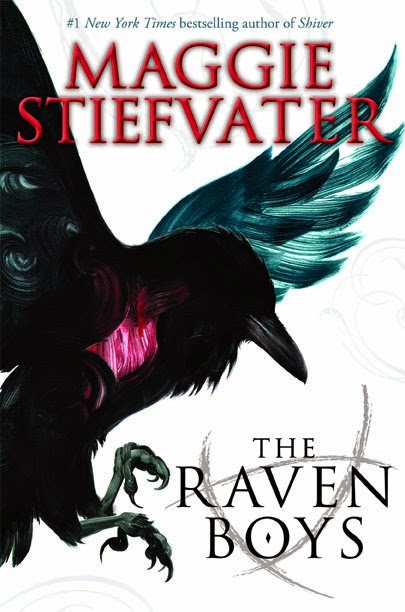 Hyperbole and a Half: Unfortunate Situations, Flawed Coping Mechanisms, Mayhem, and Other Things That Happened by Allie Brosh  I'm a huge fan of the Hyperbole and a Half blog - I'm pretty sure I've read every last post. Allie deals honestly with anxiety, depression and a pile of hilarious stories from her childhood, in text and comics format. it doesn't matter how many times I reread these, they always make me laugh (usually to the point of tears) in recognition. Unfortunately, there's not a ton of new material in the book, but the goose story makes it worth the cover price. 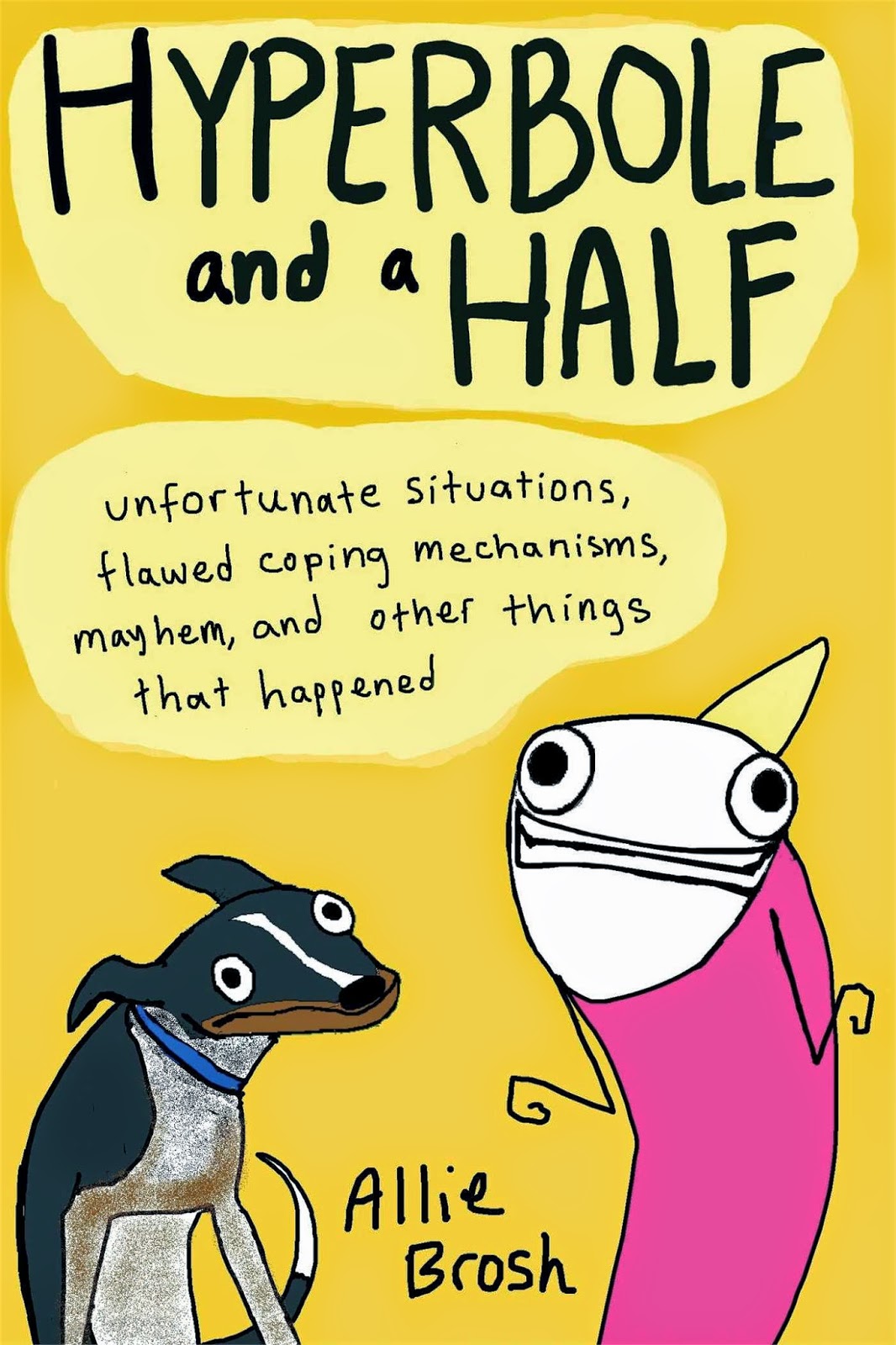 Let's Pretend This Never Happened by Jenny Lawson. Now, I'll admit, I'm not big on memoirs, but this one is awesome. First off, I fucking love Jenny Lawson a.k.a. The Bloggess. I've been reading her for years. She's brilliant, hilarious and painfully honestly about her battles with depression and self-harm. Just knowing she exists like some sort of red-dress wearing mythical taxidermy unicorn delights me more than I can explain. I adore this woman. 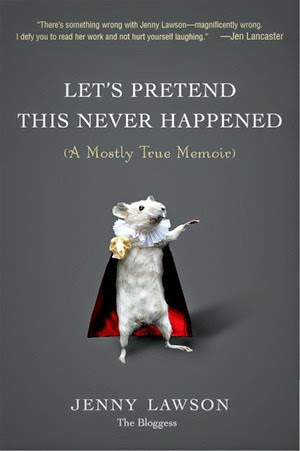 Okay, so those are a few of my favorite books - what are yours? And you can check out the other Random Wednesday Bloggers' books by clicking on their names.

Thank you for introducing me to Maggie! She's always on my list.

How did I forget the Paper Bag Princess... not to mention some of his other titles. Jared would only go to sleep listening to his stories for a while when he was wee...

I have to read Jenny Lawson's book. I just haven't been in a place where I could read it before now! :D

I love Hyperbole and a Half! My sister got it then I read it. T he author does a great job of wrapping humor around hard stuff.

Never read The Paper Bag Princess. Clearly I and my children were missing out.

I finally have The Mists of Avalon to read. I love the miniseries (as you know) but never read the book. Working to remedy that.

I've read and reread Mists of Avalon and it totally stands up to its awesomeness each time.

@ Kris - I love when you say your kids were wee. Makes me smile every time.

@Jen - I really enjoyed it. But it's a definitely only read it when you're in the right place kinda book.

@Jess - You *are* missing out. I'm gonna bring it up north and read it to you. Let me know what you think of Mists when you read it. Also...*dramatic close up*