Merlin Club: The Castle of Fyrien or The One Where Uther is a Shittier Parent Than Usual

This episode opens with Gwen dousing the candles in Morgana’s room and leaving for the night, and as she does, we see Morgana smirk – the first in what proves a smirk-heavy episode. Gwen returns to her own home outside the castle where she’s knocked unconscious with some kind of herbal ether and brought to Morgause and Cenred at Castle Fyrien. Once there, she discovers that they’ve also captured her mostly ne’er do well brother, Elyan. 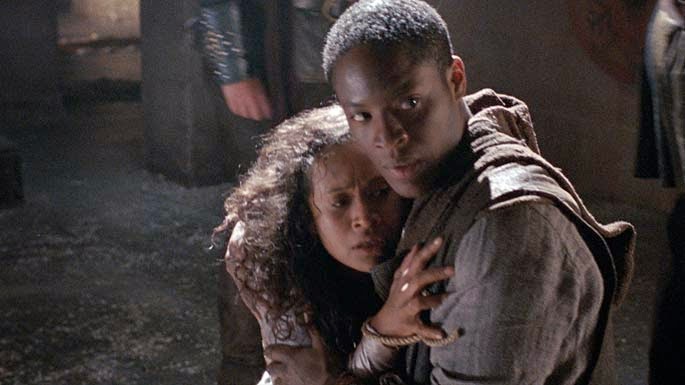 Morgana worries aloud that Gwen didn’t show up for work that day and Uther tells her not to worry, that he’ll get her a new servant. Arthur and Merlin immediately freak out and begin looking for her. Merlin finds the cloth used to drug Gwen and brings it back to Arthur who smells it and immediately passes out. 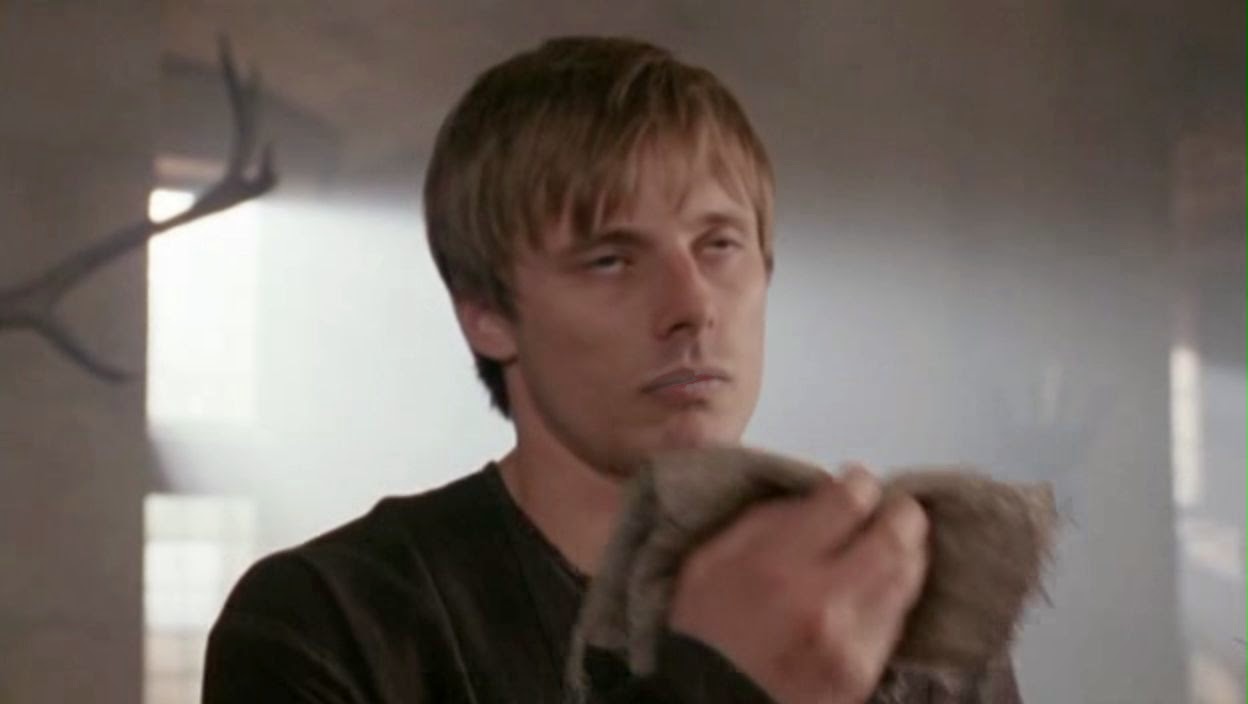 Cenred tells Gwen, while Morgause watches from the shadows, that unless Gwen brings Arthur back to the castle, using any means necessary, Cenred will kill Elyan. Gwen is returned to Camelot and shows up to work the next day and lies, telling Merlin she was home sick. Merlin calls her out on her lies and she breaks down and cries. They go see Arthur and Arthur decides that they’ll mount a rescue even though it’s clearly a trap. 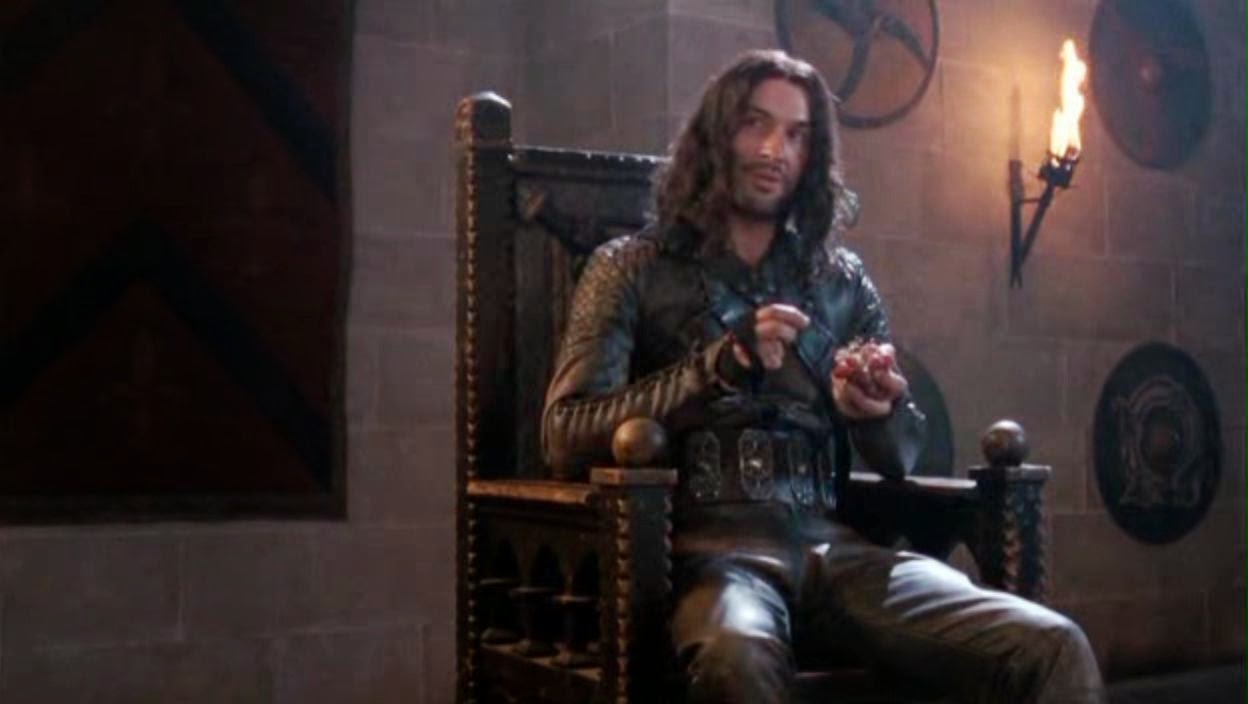 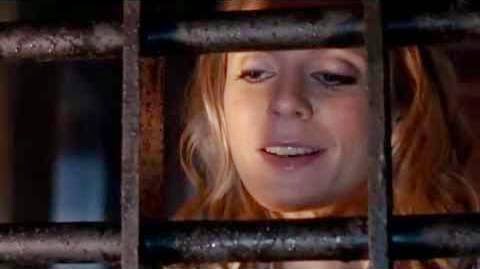 Arthur lies to Uther and says he’ll be away for a few days because he got involved in a wager and now has to pay the price. Uther is furious because he doesn’t like gambling, but when Arthur explains that Morgana got him into it, Uther chuckles and all is forgiven because Morgana can do no fucking wrong.

Merlin, Arthur and Gwen prepare to ride out and Merlin discovers, to his great dismay, that Morgana is coming on this journey, too. Things between them are prickly at best. When they make camp, Arthur tells them all his plan of sneaking into Fyrien through the underground tunnels where a former king hid his wealth from Uther. 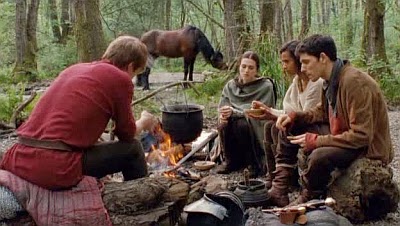 That evening, Morgana sneaks away and meets with Morgause in the woods and tells her sister of Arthur’s plan. Morgause doesn’t know where the entrance of the tunnels are and gives Morgana an enchanted, amber ring that will lead Cenred’s men right to them.

Merlin knows shit is up, but he can’t prove it or call her on it. Instead, when he spots a snake alongside the path, he uses magic to make it frighten the horse, throwing Morgana to the ground where she sprains her ankle. Merlin tries to convince Arthur to leave Morgana behind, but Arthur is having none of it.

They finally reach the tunnels and Morgana enters last, activating her magical GPS ring so Cenred’s men can find them and they crawl through the tunnels they use on every other shoot requiring a tunnel  and are attacked. They’re brought before Cenred and Morgause, taunted and thrown in cells, Gwen with Elyan and Arthur with Merlin. 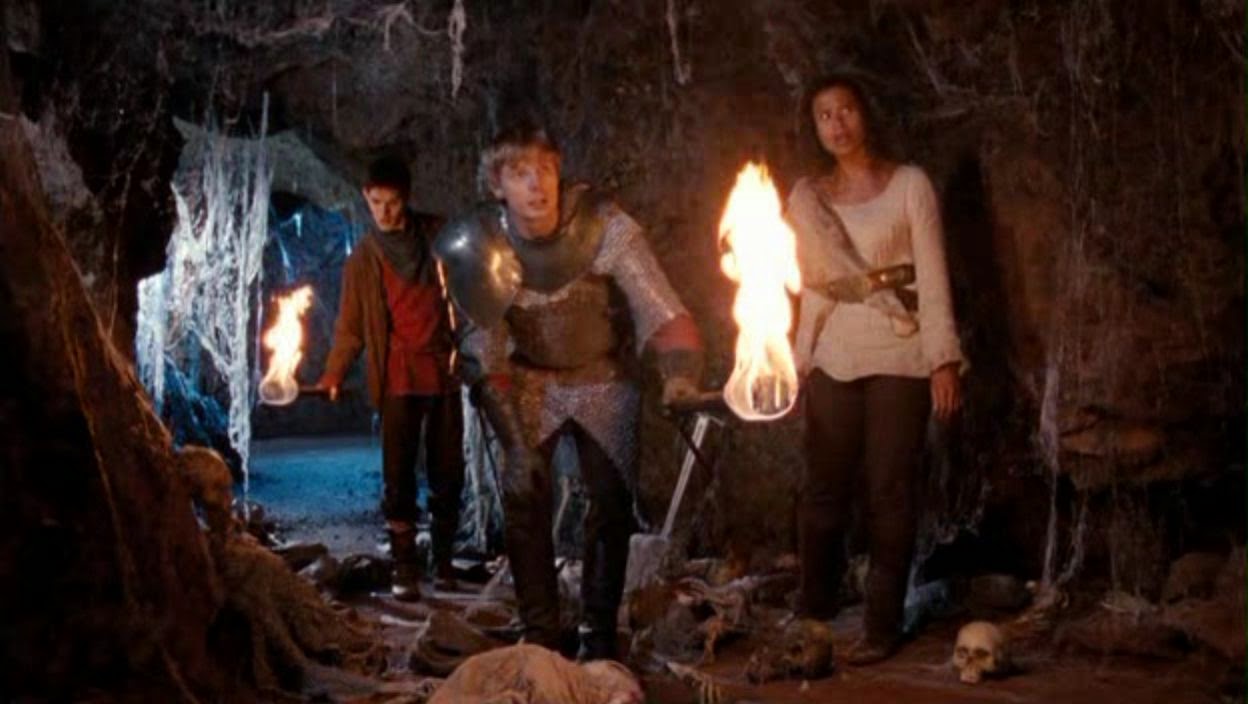 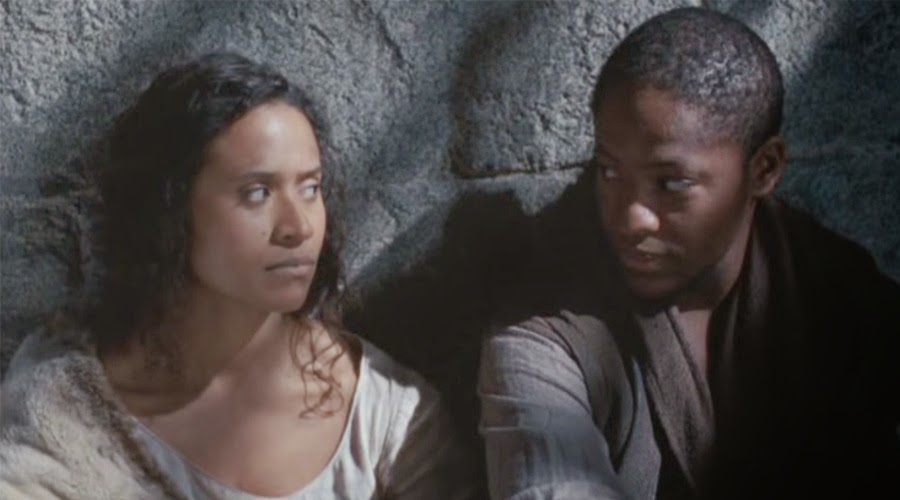 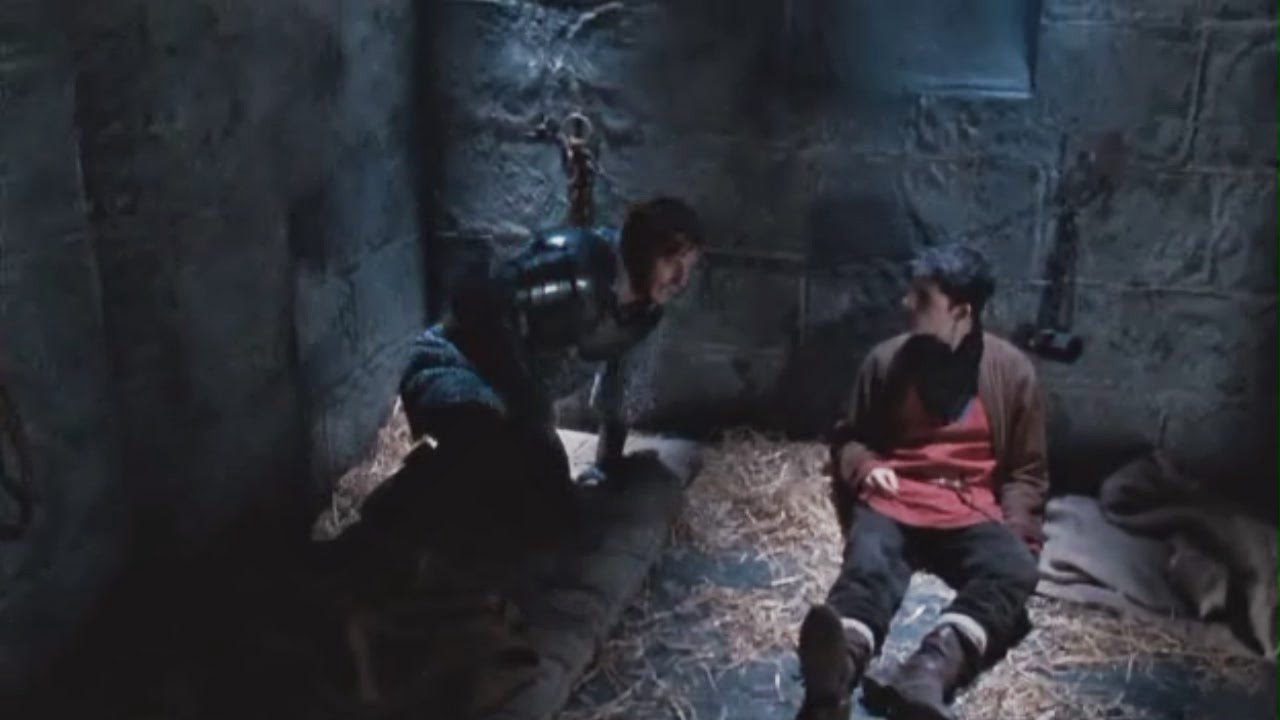 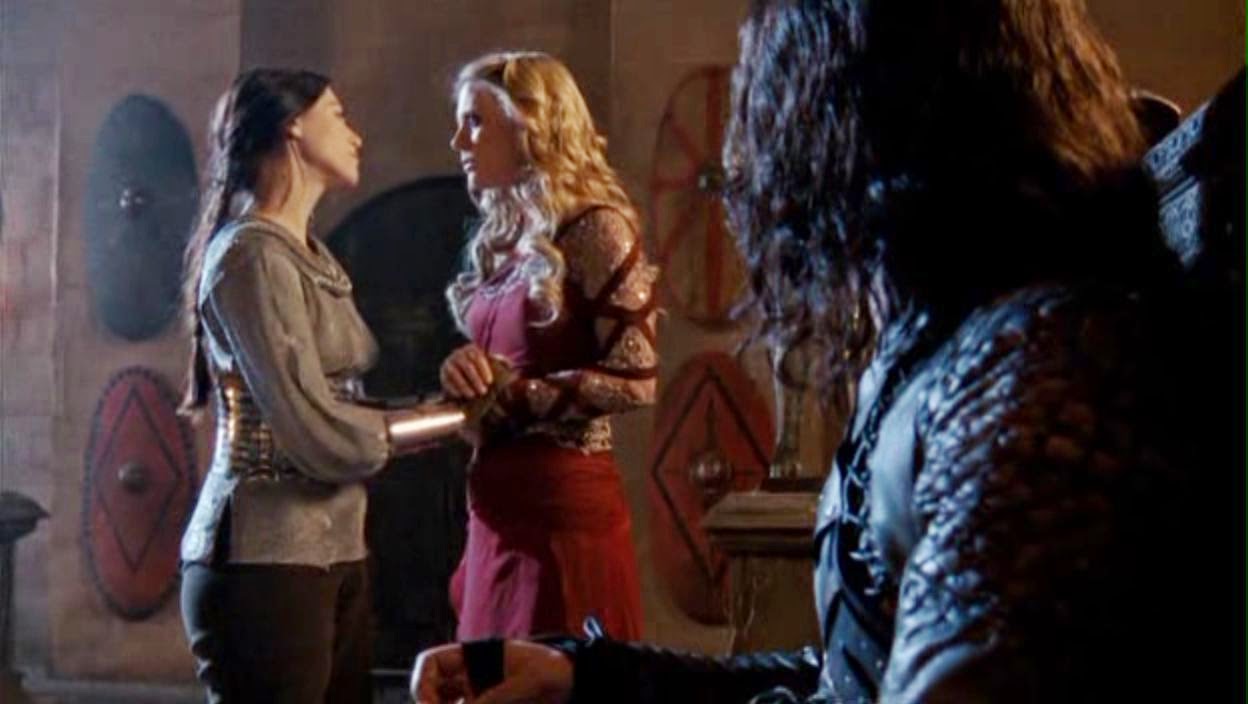 Morgana avoids the cell treatment and chats with Cenred and Morgause. Arthur and Merlin escape and free Gwen and Elyan. Arthur refuses to leave without Morgana and sends Gwen, Elyan and Merlin to ride for Camelot.

Merlin disobeys, of course, and sneaks off behind Arthur. There’s a big old show down in Cenred’s throne room and Morgana attacks Arthur with a magical fire tornado thingy. Merlin, discreetly from the doorway, magically sends it back at Morgause where it explodes, knocking down part of the ceiling and rendering Morgause and Cenred unconscious and Morgana dazed. 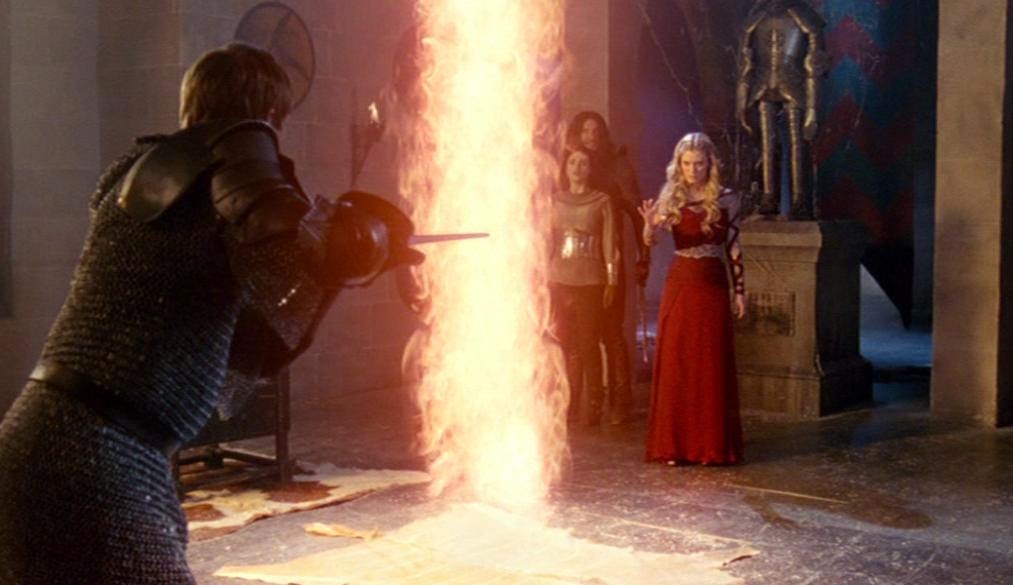 Arthur grabs Morgana and drags her out to the caves. Morgana whines about her ankle and purposely tries to slow them down, but Arthur picks her up, tosses her over his shoulder and carries her ass out. Once outside, they’re set upon by some bad guys and Elyan has a chance to impress the hell out of Arthur with his super awesome sword skills.

Once back in Camelot, we find out that Elyan is settling in nicely to his father’s smithy and is now the town’s blacksmith, and Gwen and Arthur have a conversation about always being there and helping the ones you love. Pointed glances are exchanged.

At least, this is my recollection of it. I wanted to skim through this episode because I feel like I’m missing things, but Netflix is being a hateful bitch.

1. If I’d written this episode...I would have less obvious evil smirking. That is getting to be problematic and annoying. I also would have explored Morgause and Cenred’s relationship a little more. Mostly because I’m curious.

2. The thing I loved/hated most about this episode. Loved Gwen wanting to protect Arthur by not telling him what was going on.  Hated how Morgause’s dress. I would have insisted on a new dress for her. Yes, I know it’s shallow. I know I bitch about it all the time. But that dress is an eyesore and distracting. Really hated the glaringly obvious differences in the way Uther treats Arthur and Morgana.

3. Something you’ve never noticed about this episode before. Arthur and Merlin knocked out the guards in their cell when they escaped and left the damn door open. 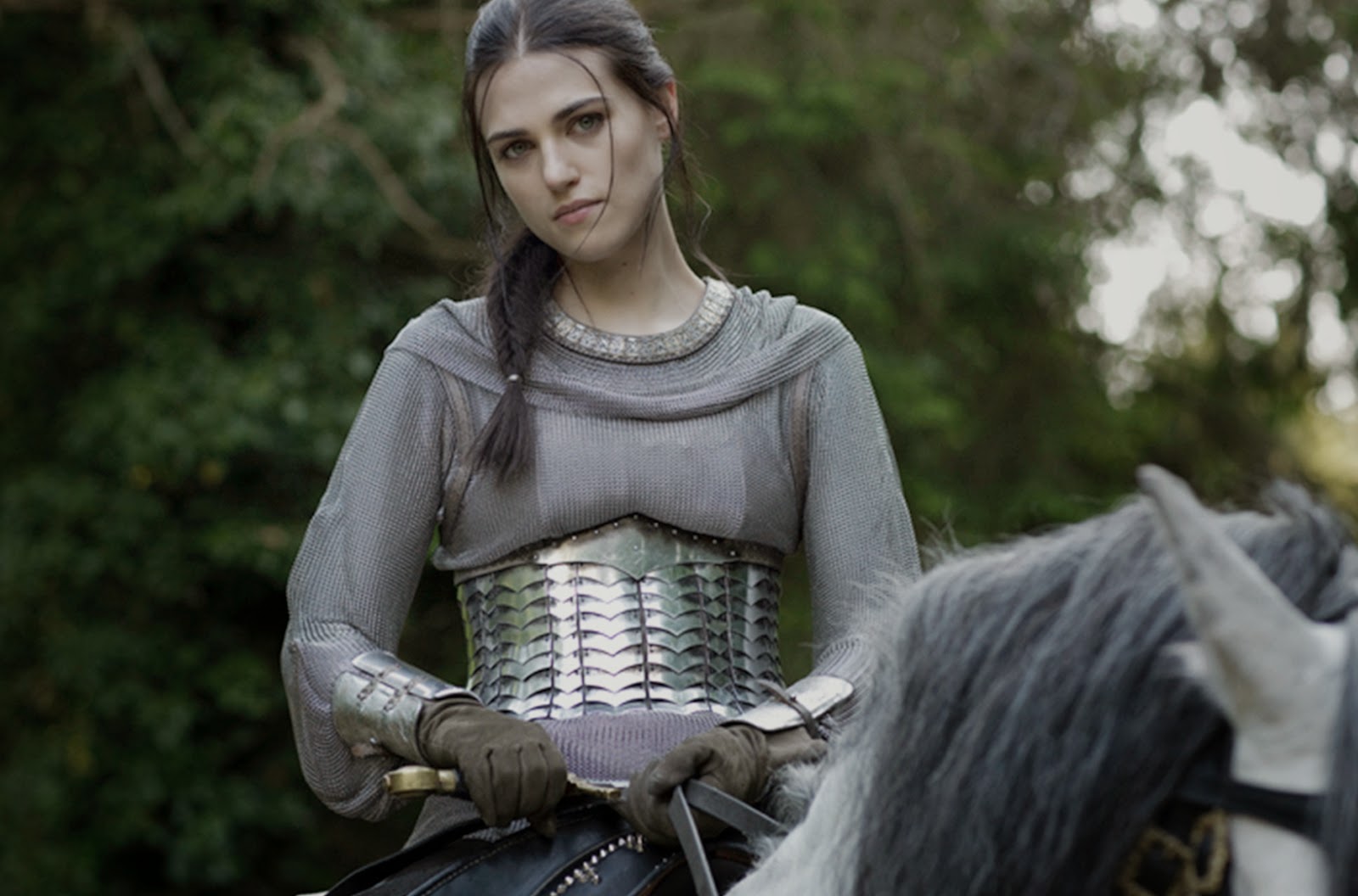 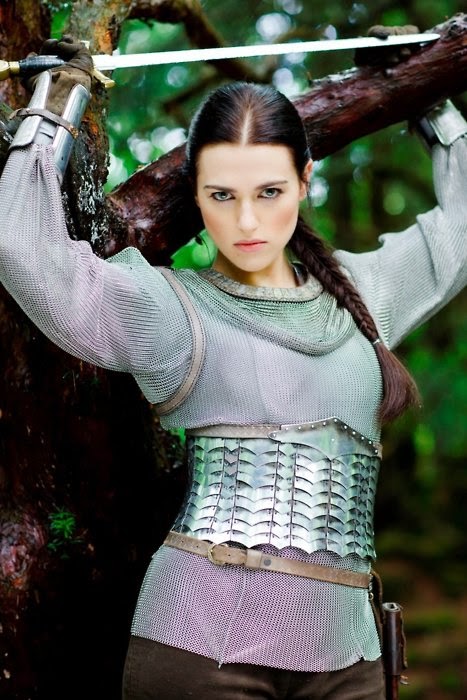 Here is Proof of some random head canon I’ve created. Nothing really this week.

What Merthur moment did Jess have the naughtiest thoughts about? I think it was when Merlin waking up Arthur with lovely banter. 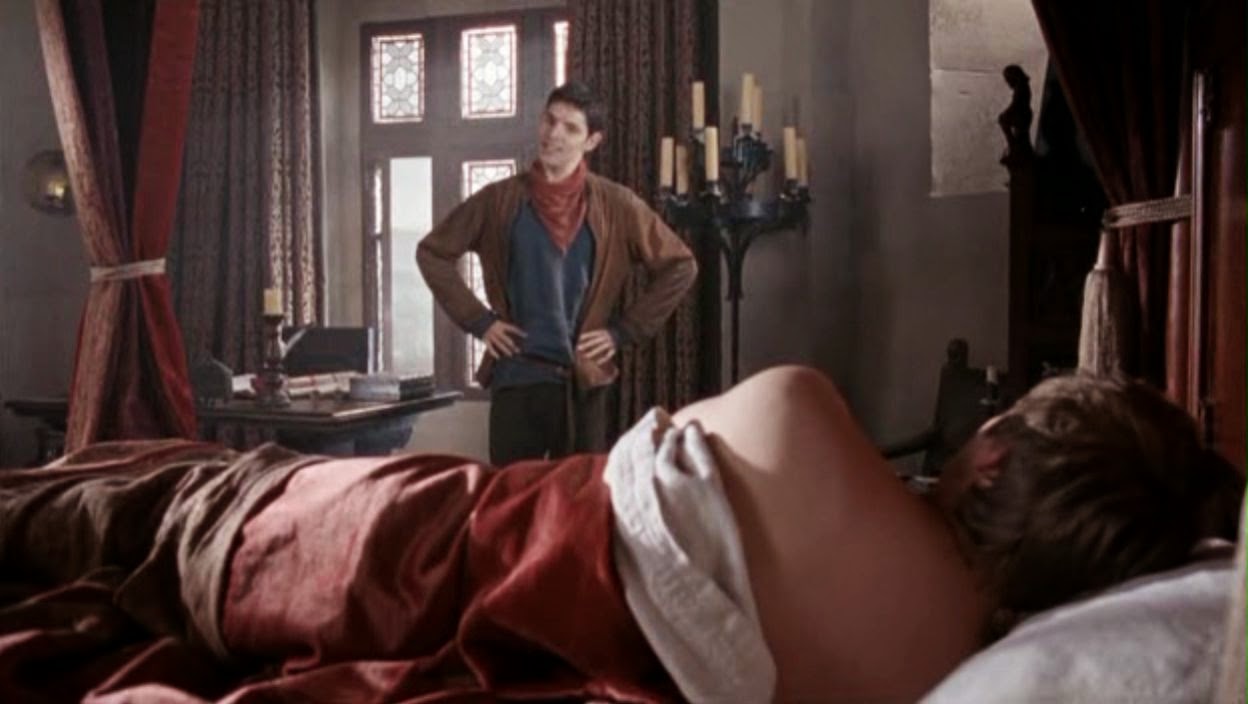 What made Jen lose her shit (in a good or bad way) in a bad way? The disparate way Uther treats Arthur and Morgana about the whole gambling ruse.

Jess' take on the episode is here, and Jen's is here.
Posted by Bronwyn Green at 6:00 AM