Merlin Club:The Last Dragon Lord or The One Where Colin Morgan and the Hot Older Dude Made Me Cry

The last episode of season two opens with death and destruction – compliments of a really pissed off dragon. Arthur and the knights are trying to fight the dragon while Gaius and Gwen are tending to the wounded. Gwen goes out into the courtyard for more water even though Gaius tells her not to because it’s too dangerous – and he’s right. The dragon swoops in for an attack, but Arthur saves her, getting wounded in the process. Camelot is burning, people are dying and as usual, Uther doesn’t believe any of this is his fault. Oh, Uther… 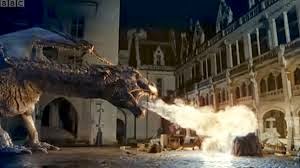 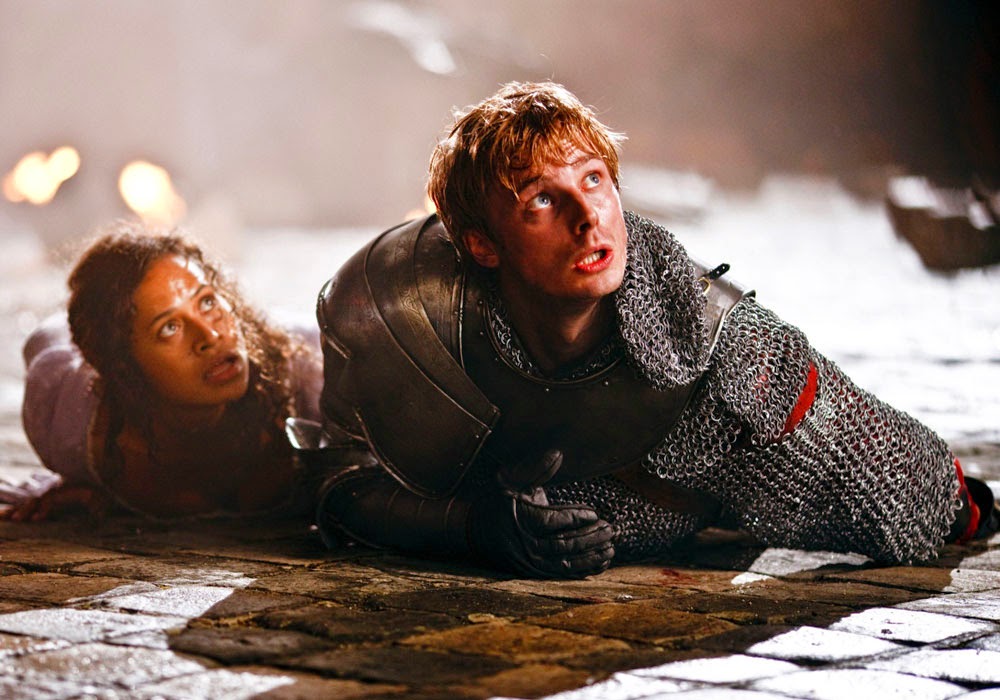 During what appears to be an emergency council meeting, Uther has some regret about killing all the Dragon Lords because they would have been able to put a stop to this shit – still not his fault, though. Even though he’s had this dragon chained up in his basement and has killed every other dragon in existence – still not his fault. (Now that I think about it, I know some people like Uther…) Anyway, Gaius steps forward and says, that there are rumors that one still lives. But he’s in King Cenred’s land and they no longer have a treaty so crossing the border to look for the Dragon Lord would be an act of war and an all around terrible idea so it can’t be done.

Arthur is all ‘fuck that noise, I’m going’ and heads off with Merlin to find the last Dragon Lord whose name is Balinor. Before they leave, Gaius is all, ‘heads up, Merlin – that last Dragon Lord is your dad’ which is a huge shock for poor Merlin.

Disguised as not a prince and his servant, they ride through Cenred’s land until they finally get some intel on where to find Balinor. Meanwhile, Arthur is getting weaker and weaker because of being wounded by the dragon.  Just as they find the cave where Balinor is reputed to live, they have to hide from one of Cenred’s patrols and Arthur passes out because his wound has become infected.

Merlin slings Arthur over the horse’s back and leads them to the cave. He finds Balinor who’s all ‘get off my lawn’ at him.  But he finally agrees to help Merlin save Arthur’s life even though Merlin lies to him about who Arthur is and Balinor knows it. Side note…I find Balinor pretty hot. What? It needed to be said. 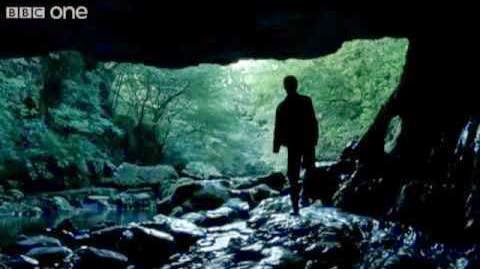 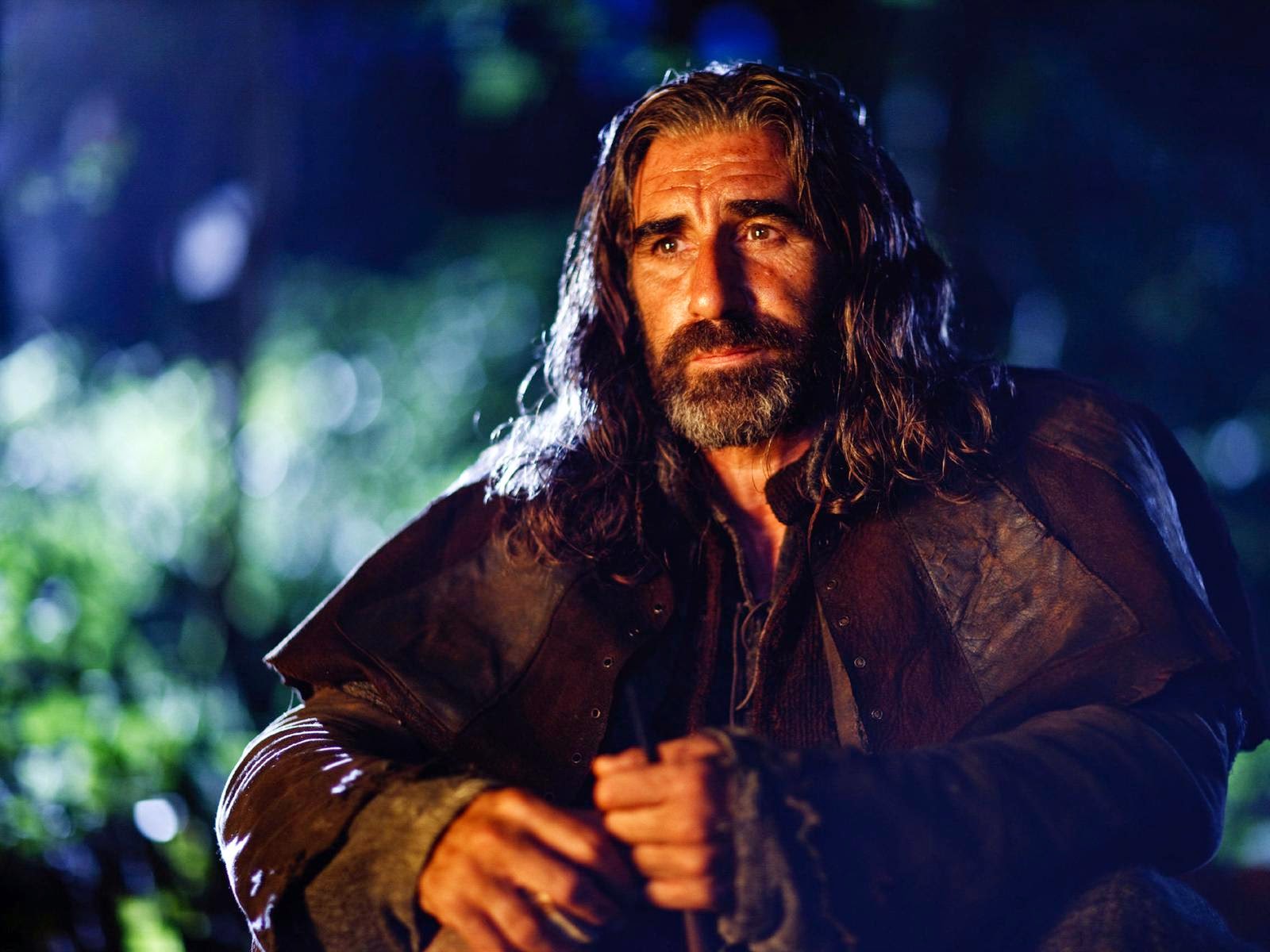 Merlin begs Balinor to come back to Camelot and help, but Balinor refuses since Uther imprisoned his dragon and tried to have Balinor killed going so far as to track him into another king’s territory to do it. Balinor explains that he had to leave the woman he loved (Merlin’s mama) and the life they’d made together to live in a damn cave, so even though innocent people are dying, Uther can go fuck himself. 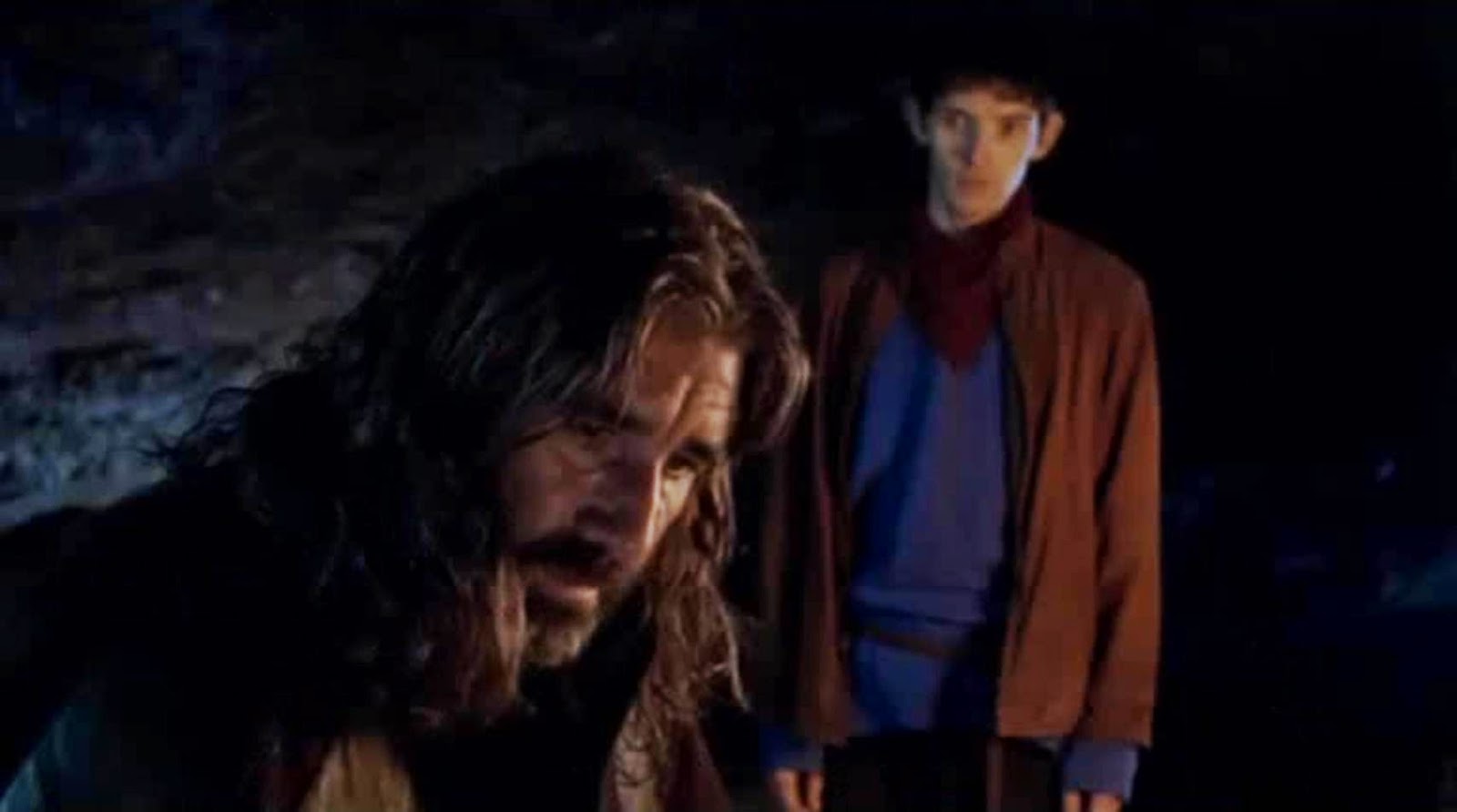 The next morning, Arthur wakes up and he feels fantastic. Until he finds out that Balinor has no intention of returning to Camelot with them. They leave, defeated, but Balinor has a change of heart and ends up joining them on their journey.  That night, while Arthur is sleeping, Merlin tells Balinor that he’s his son and they bond and talk about Dragon Lord stuff and Merlin’s mother. And Balinor tells merlin that being a Dragon Lord is passed from father to son. Merlin says that after the dragon has been taken care of, he’s going to take Balinor to see Hunith. But in the way of 45 minute long TV programs, we all know this will never come to pass. 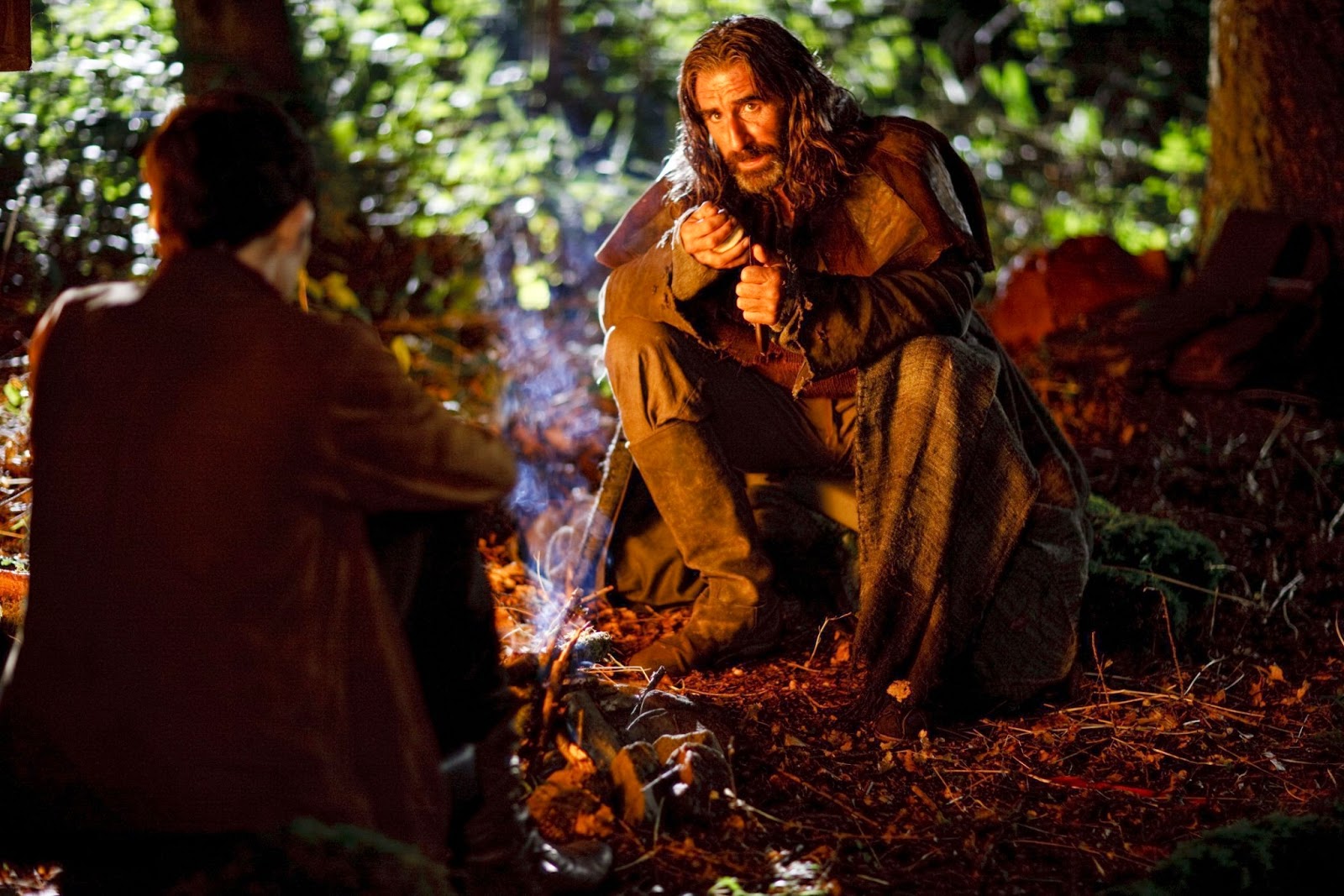 The next morning, Merlin wakes to see that his father has carved him a wooden dragon, but before he can really appreciate it, Cenred’s men attack their encampment and Balinor is killed protecting Merlin. Merlin is gutted. I will totally admit, I cried like a damn lunatic the first time I saw this. It was just AWFUL. I didn’t cry as much the second time through because, dude, I was trying to keep up with all the #MerlinClub tweets. 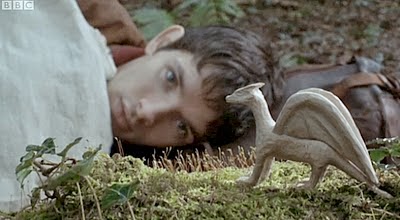 Merlin and Arthur return to Camelot and Uther is ready to give up at the news that Balinor is dead. But still not ready to take responsibility for his actions. Because he’s a douchecanoe. Arthur asks for volunteers to fight the dragon and a few knights step forward. Merlin insists on going with Arthur and they have a touching moment where Merlin says that he’s going because he can’t bear for Arthur’s armor to be destroyed. It’s pretty adorable. 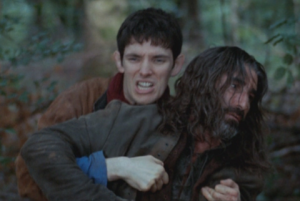 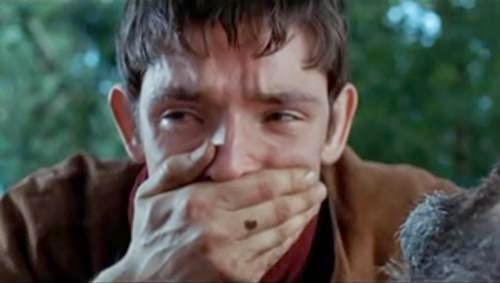 Merlin is upset because he thinks he has no chance to be a Dragon Lord and help Camelot. But Gaius tells him that in order to inherit the powers of a Dragon Lord, the original Dragon Lord has to die.
Merlin, Arthur and the knights go out to a super handy, empty field in the midst of the forest that surrounds Camelot to wait for the dragon. The dragon shows up and attacks and conveniently knocks out Arthur while killing everyone else. 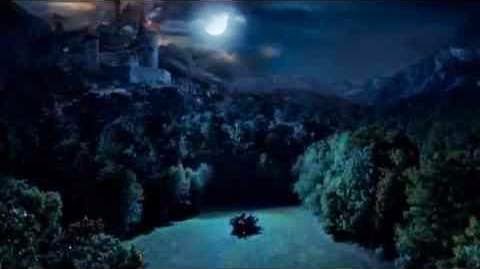 Merlin tames them with the magic trick of staring into all of their yellow eyes without blinking once and they were frightened and called him the most wild thing of all and made him king of all wild things.

Merlin uses his Dragon Lord voice and forces the dragon to do his bidding through the power of his sexy Dragon Lord voice. It should be noted that this voice will also cause Jess Jarman’s panties to fall off. Side effects, people. 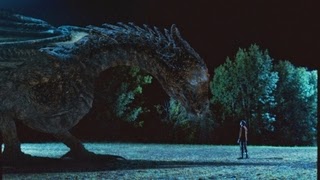 So Merlin tells the dragon to leave and never harm Camelot again, and the dragon, because Merlin showed him mercy, promises to help Merlin should he need it.

Arthur wakes up. Merlin lies to him again and tells him that he dealt the dragon a mortal blow and they stumbled back to Camelot alone where Uther is watching through the window waiting for his son to return.

And now, the questions.


1.       If I’d written this episode...I would have maybe had Uther take *some* kind of responsibility for this shit. Seriously dude - this is ALL on you.
2.    The thing I loved/hated most about this episode. I'm really pretty fond of this episode, and I can't really think of anything I straight up hate - though, I do think the convenient cleared dragon field is a bit silly. But I loved that Merlin at least got to meet his dad. And I loved Merlin and Arthur having a conversation about Arthur's armor when they were really talking about Arthur. *heart melts*
3.    Something you’ve never noticed about this episode before. Okay, so all this time, the dragon has been on Merlin's ass to do the right thing, to protect Arthur and make sure he survives to be king, because he's the only one who can unite Albion, etc. But he's gonna go ahead and attack Arthur with the likelihood of killing him? What the hell, dragon - I get that you're pissed at Uther, but if you want Arthur to survive so badly, why are being all attack-y? 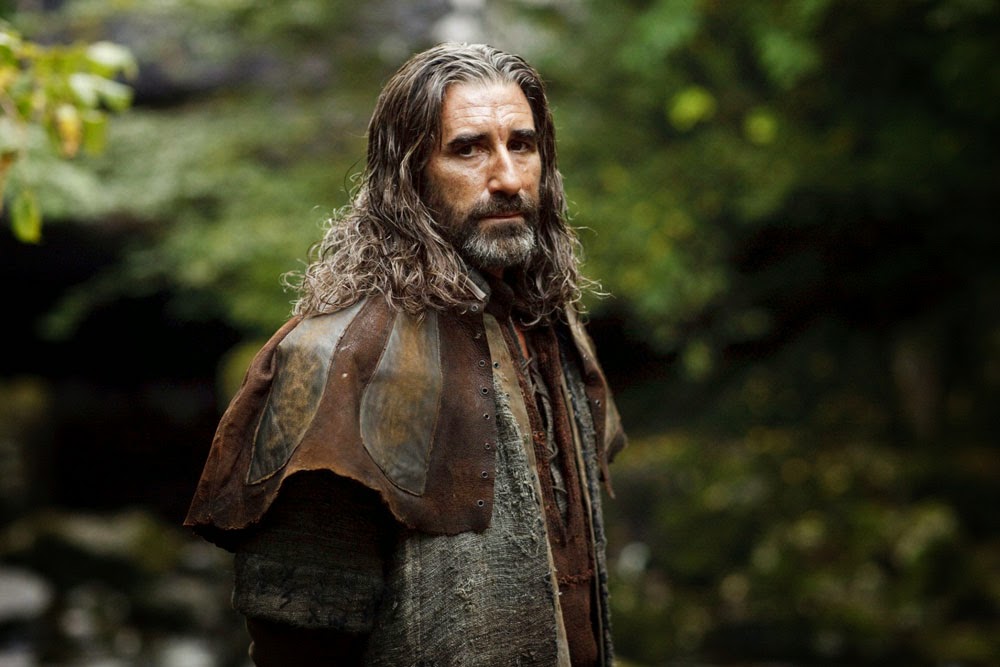 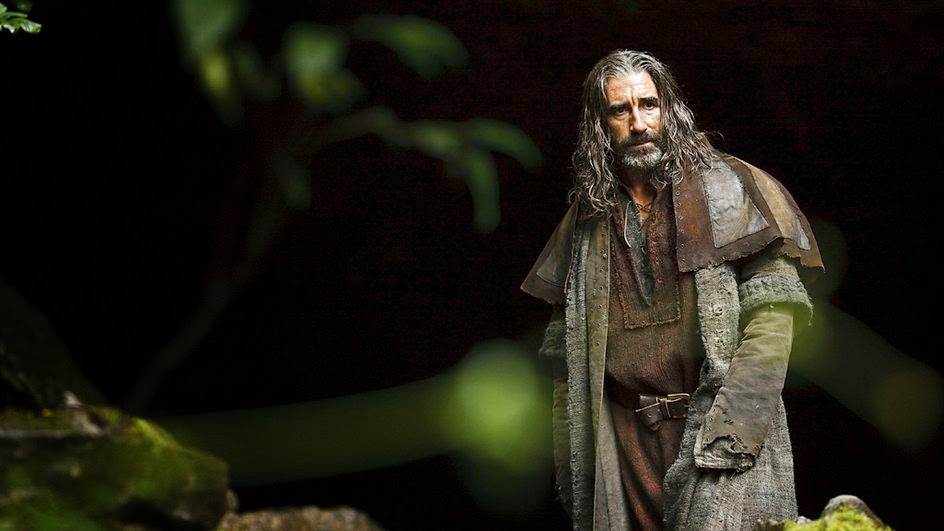 5.    Here is Proof of some random head canon I’ve created. Nothing this week.


6.    What Merthur moment did Jess have the naughtiest thoughts about? A couple - one when Arthur and Merlin were laying in their separate beds and Arthur was trying to get Merlin to tell him what was bothering him. And the last scene where they're having a conversation about Arthur's armor...only not.
7.   What made Jen lose her shit (in a good or bad way) in a bad way? The knights trying to fight the dragon...with fire.

Lotta love for the Balinor coat this week.