Merlin Club: The Witch’s Quickening or The One Where Merlin Hears Druids. Again. 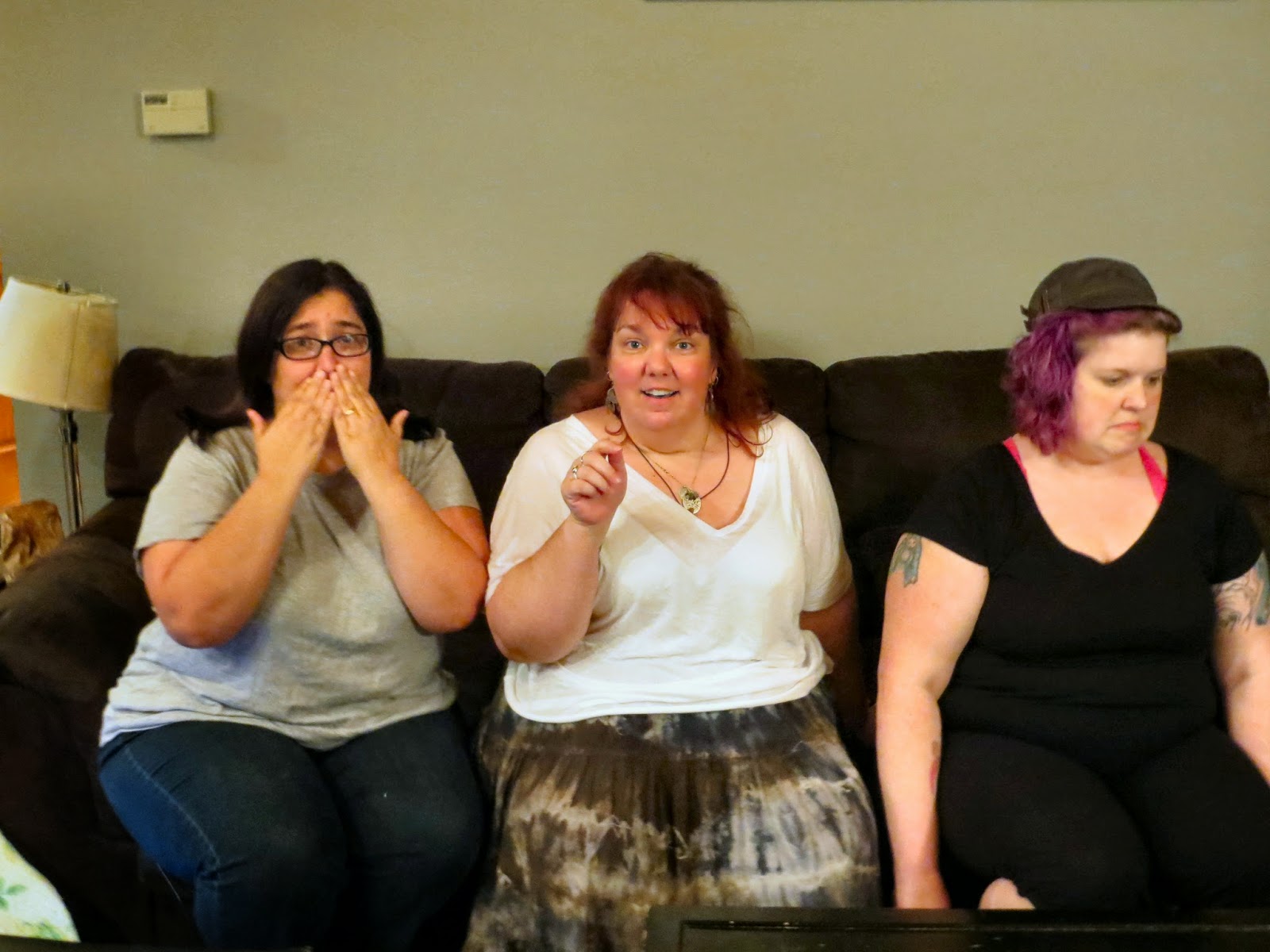 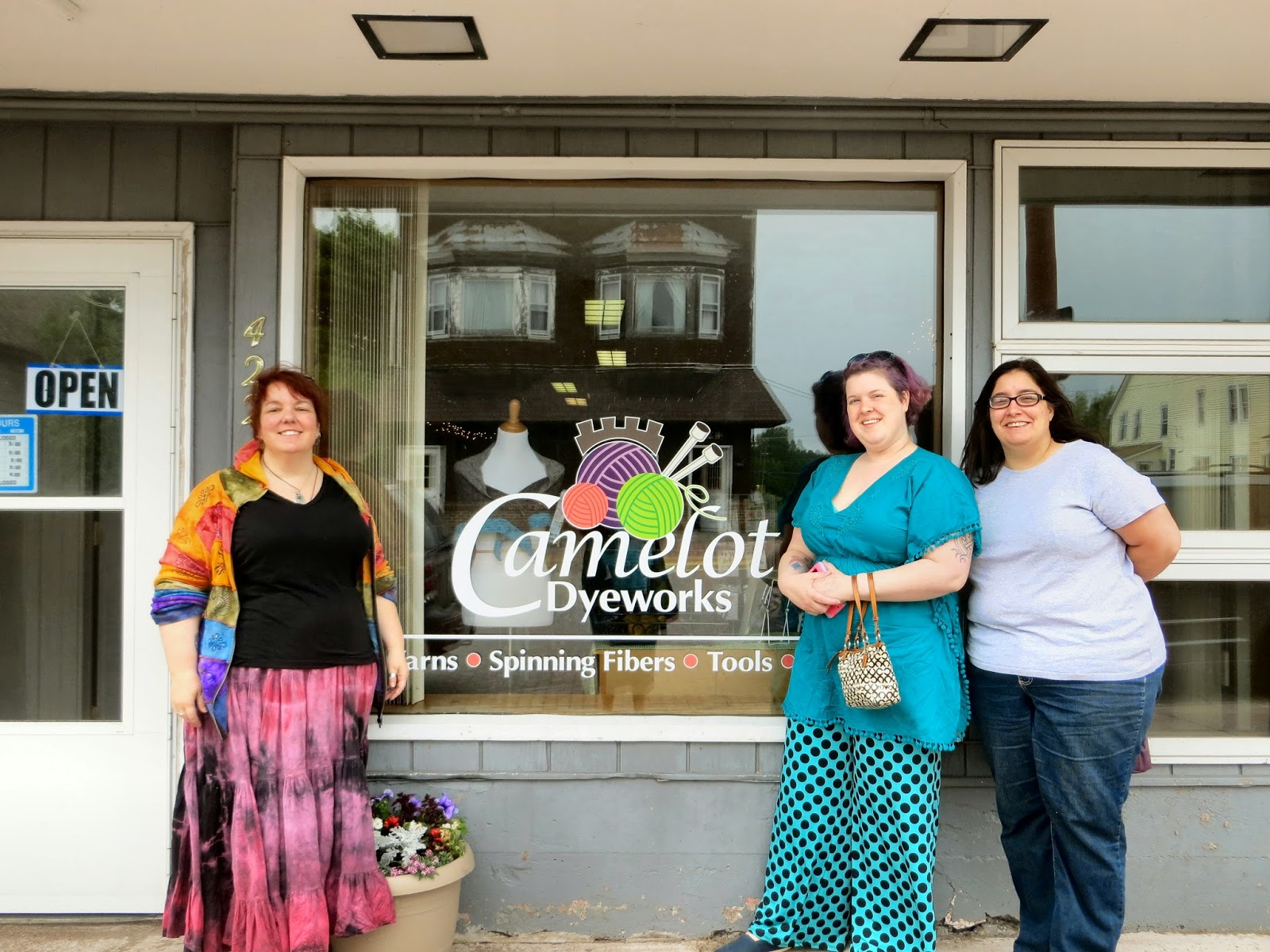 And this is when we went on a quest to discover the true location of Camelot. As it turns out, it's an AMAZING yarn store in Calumet, MI. My fellow yarnheads can check it out, here.

Okay, on to the episode!

The episode opens with a knight of Camelot stopping on a deserted forest road to help a man who appears to be injured. He’s not – surprise – and kills the knight, stealing his armor. Dressed as one of Camelot’s finest, he smuggles Mordred, the creepy druid boy from several episodes back into the castle courtyard. 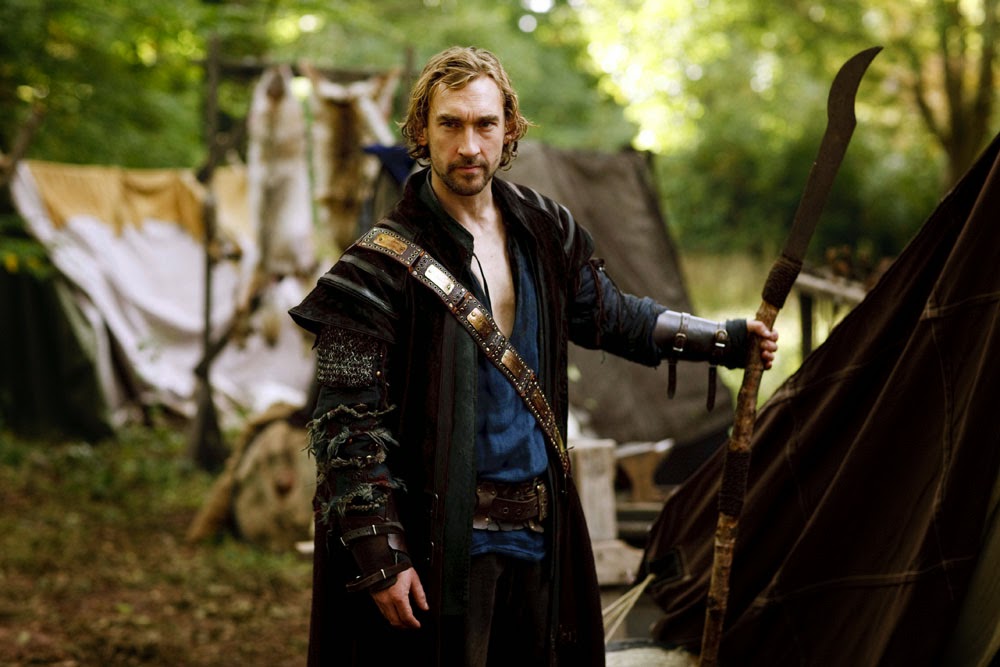 Once there, Mordred directs the fake knight to Morgana’s chambers using his telepathic abilities and Merlin overhears them and recognizes Mordred’s voice. He gets up and goes to investigate. Meanwhile, the alarm bells are sounding and Mordred and his druid friend magic their way into Morgana’s bedroom, waking her up. They beg her for help. They need some crystal that Uther has locked in his Vatican style vaults. And only someone who has access to Arthur’s keys (and is sympathetic to druids) can get in there. 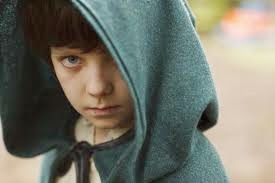 Merlin runs into Arthur and his knights and tells Arthur that the intruders are in Morgana’s room. Arthur goes in there, and of course, no one but Morgana is there. She yells at him, tells him to leave and he does, and bitches Merlin out as he goes. Morgana is, of course, hiding the druids. And she agrees to help them. 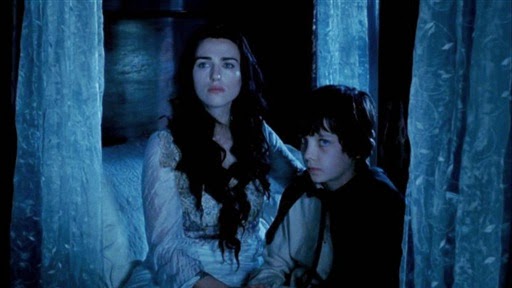 The next day, she sneaks in to Arthur’s room and steals the keys. Merlin catches her there, but she lies her way out – rather unconvincingly, I might add. That night, she sneaks down in the vault and steals the crystal. The warning bells go off again and Arthur and Merlin go down the vault and discover that crystal was stolen. Arthur bitches out Merlin and Uther bitches out Arthur – the circle of blame continues. But Arthur lies to his father to save Merlin. 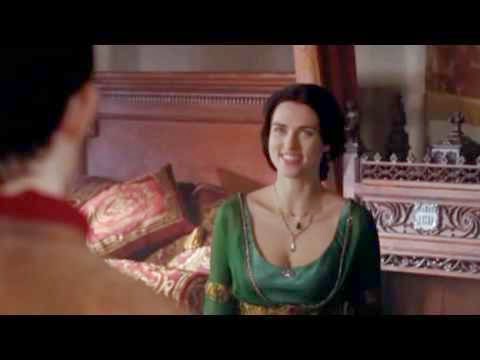 Merlin tells Gaius that Morgana stole the crystal. Gaius tells Merlin that the crystal holds the secret to time itself and only the dragon knows more. The dragon bitches about wanting to be set free then tells Merlin about the crystal - basically, it’s a scrying device. Then he tells him that there’s a prophecy that Mordred and Morgana will unite in evil and Merlin needs to stop it. 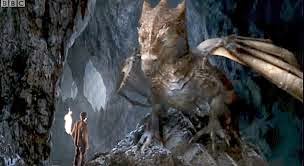 That evening Morgana sneaks out of the castle and Merlin, doing his creeper thing, follows her until she reaches the druid encampment. She gives the crystal to Mordred and the druid dude.

The druid dude flirts with her and makes her feel all special, we know he’s playing her, because he’s got a girlfriend on the side. Morgana returns to Camelot convinced she did the right thing. 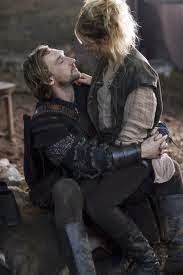 Merlin tells all to Gaius and Gaius goes to Uther and lies, saying that he treated a patient who knows where the crystal is. Uther falls for it, of course, and sends Arthur and the knights out to retrieve it. Morgana rides out before the knights to warn Mordred and the druid dude. But Arthur, Merlin and the knights are right behind her.

Thanks to Morgana, the druids are prepared and attack the knights – the battle is fierce, and Mordred levitates a couple spears in the air and kills two of Arthur’s men. Merlin is conflicted and can’t bring himself to kill the creepy kid, so Mordred escapes. But Arthur is victorious and takes the druid dude prisoner and retrieves the crystal. 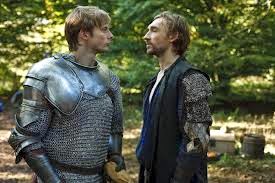 That night, they make camp on their way back to Camelot and Arthur gives Merlin the crystal to guard. Merlin, unable to resist temptation as usual, looks into the crystal and sees terrible things. Death…destruction…dragons…and is more than a little freaked out by it. 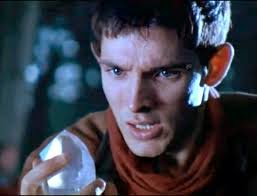 Back in Camelot, Uther sentences the druid dude to death and Morgana Flips. Shit. about Uther killing the druid and all of the rest of the magic users he’s offed over the years. Uther is taken aback, but tells her to go to her chambers and she tells him to go to hell. 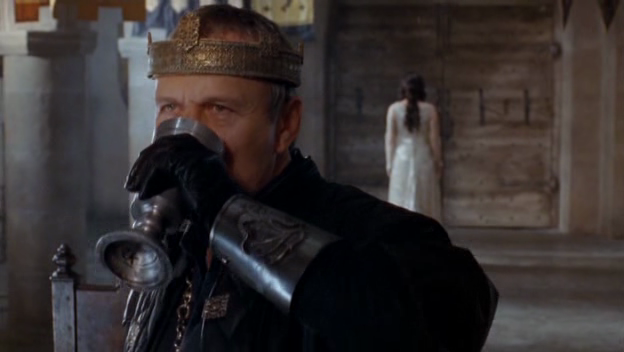 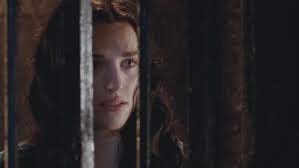 The episode ends with the dragon waking Merlin telepathically and demanding to be set free.

And now, the questions.


1.       If I’d written this episode...I would have liked to see the druids actually *do* something with the crystal. It seemed like a lot of this plot happened because Merlin needed to hold the crystal in order to have some heavy duty foreshadowing.
2.    The thing I loved/hated most about this episode. I loved Morgana calling Uther out on his persecution of magic users. She. Was. Glorious.
3.    Something you’ve never noticed about this episode before. There's a dead raven in Gaius' chamber, just hanging out near the table. That just doesn't seem sanitary.

4.    Favorite Costume. This picture isn't from this episode, but Arthur's costume is - I just couldn't find a picture of it. I just love this vest on him.

5.    Here is Proof of some random head canon I’ve created. I'm still in the Uther and Morgana are not father/daughter camp. I know I'm proved wrong by sloppy storytelling later, but the fight that they have is so intense and it really seems more like lovers or former lovers arguing.


6.    What Merthur moment did Jess have the naughtiest thoughts about? When Arthur lied to his father to protect Merlin.
7.   What made Jen lose her shit (in a good or bad way) in a bad way? Hmmm...I'm gonna go with Uther's copious use of leather gloves in this episode.
Jess' take on the episode is here, and Jen's is here.
Posted by Bronwyn Green at 6:00 AM

I crack up every time I see that live-action MC Banner. LOL

It WAS very sweet of Arthur to lie for Merlin, but let's be honest, he needed to do SOMETHING to make up for his assholery the rest of the episode. Geesh.