Merlin Club: Sins of the Father or The One Where Arthur Almost Finds Out the Truth but Everyone Perpetuates the Lie (For His Own Good)

Okay, so this episode opens with a blonde sorceress wearing one of Miranda Lambert's cast off award show dresses and casting a spell that involves Arthur and scrying into this crystal which immediately got Fleetwood Mac's Dreams stuck in my head. 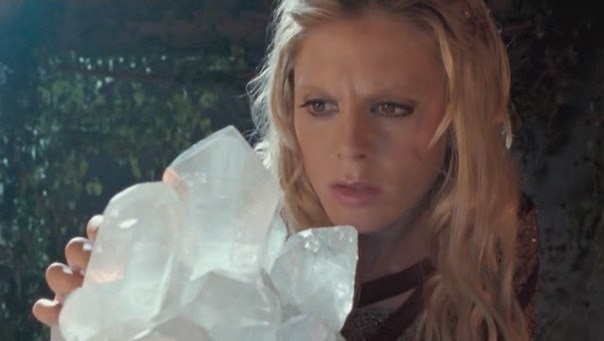 Meanwhile, back at Camelot, a knighting ceremony is going on and Uther waxes all poetic about how all the knights should strive to be like Arthur because he's the best knight whoever did knight things. Cut to clips of an unknown knight sauntering into Camelot and killing five guards before entering the room where the knighting ceremony is being held. 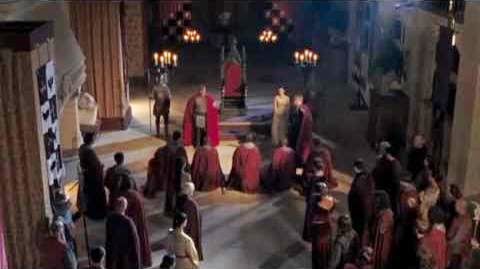 The mysterious knight throws down a gauntlet, Arthur picks it up, the knight removes her helm revealing herself to be the blonde sorceress, Morgause. Arthur's a little freaked about fighting a woman, but since she refuses to back down, Arthur goes ahead with it. He wounds her and she drops her sword, but he allows her to pick it up. That's his undoing, because she bests him, holding a sword to his throat. She tells him she'll let him live if he he goes to her in three days and accepts whatever challenge she sets. (Shades of Sir Gwain and the Green Knight, anyone?) He agrees and Uther looks like the most disappointed father in the history of disappointed fathers because his son was beaten by a woman. 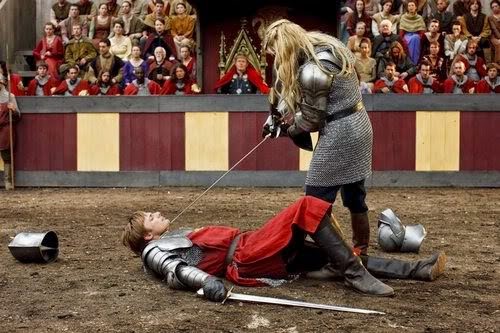 Gaius tends Morgause's wound and he recognizes from her bracelet that she's from the House of Goloris and therefore, Morgana's half sister. Morgana feels a strange pull toward Morgause and goes to the other woman's chamber to speak to her and  Morgause tries to give her the bracelet. Morgana feels like she's met Morgause before, but everyone says they haven't met. That night, Morgause sneaks into Morgana's chambers, puts a spell on the bracelet and leaves it for Morgana. Morgana has her best night of sleep ever with no nightmares. 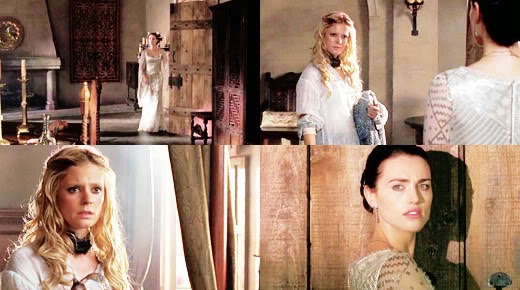 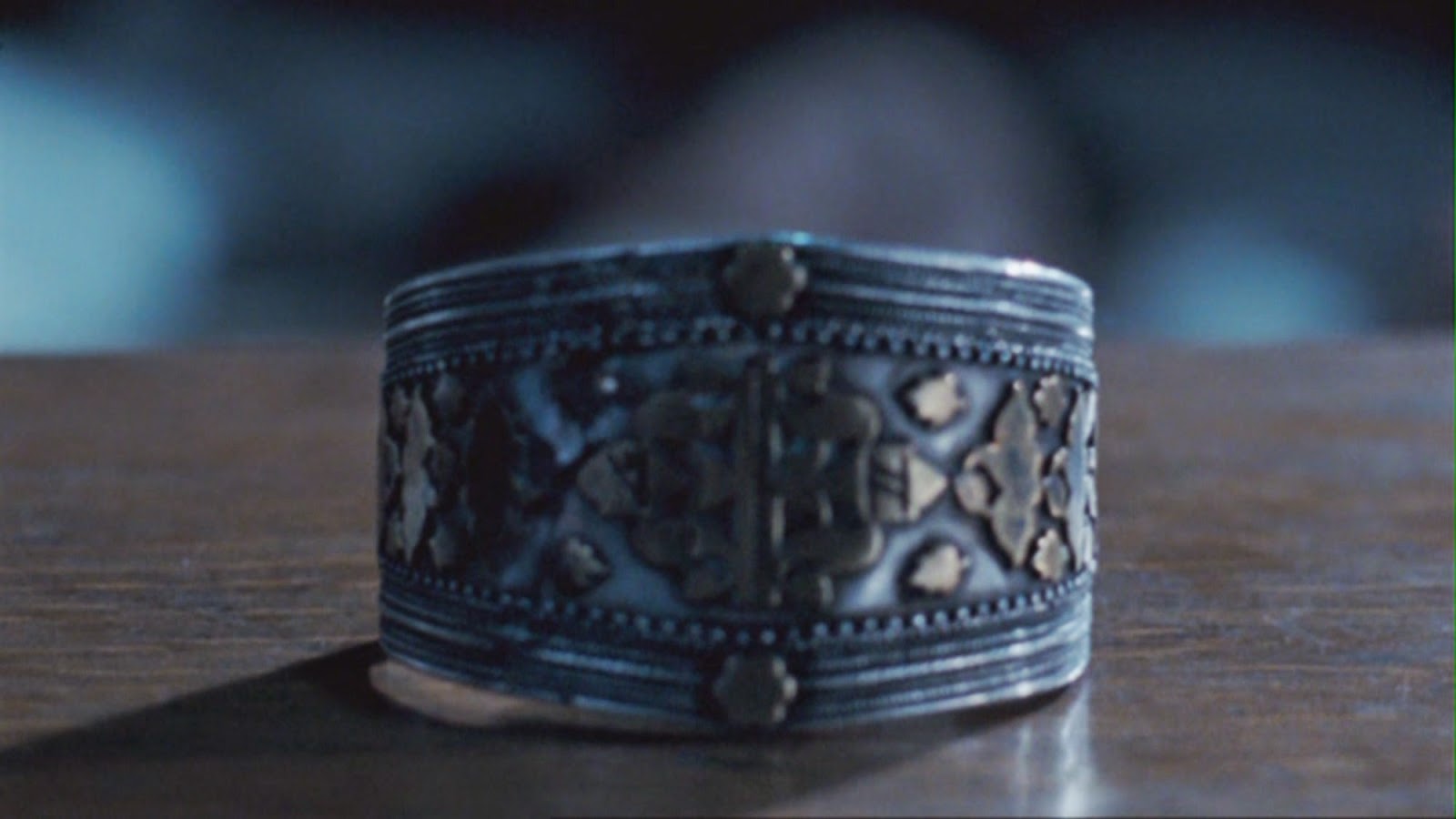 The next morning, Morgause is getting ready to leave and she lets slip that she knew Arthur's mother. Arthur is more determined than ever to see the challenge through so he can find out more about his mother since Uther refuses to speak of her. When Uther hears that Morgause mentioned Ygraine, he flips shit and sends Arthur to his room and refuses to let him leave the castle. 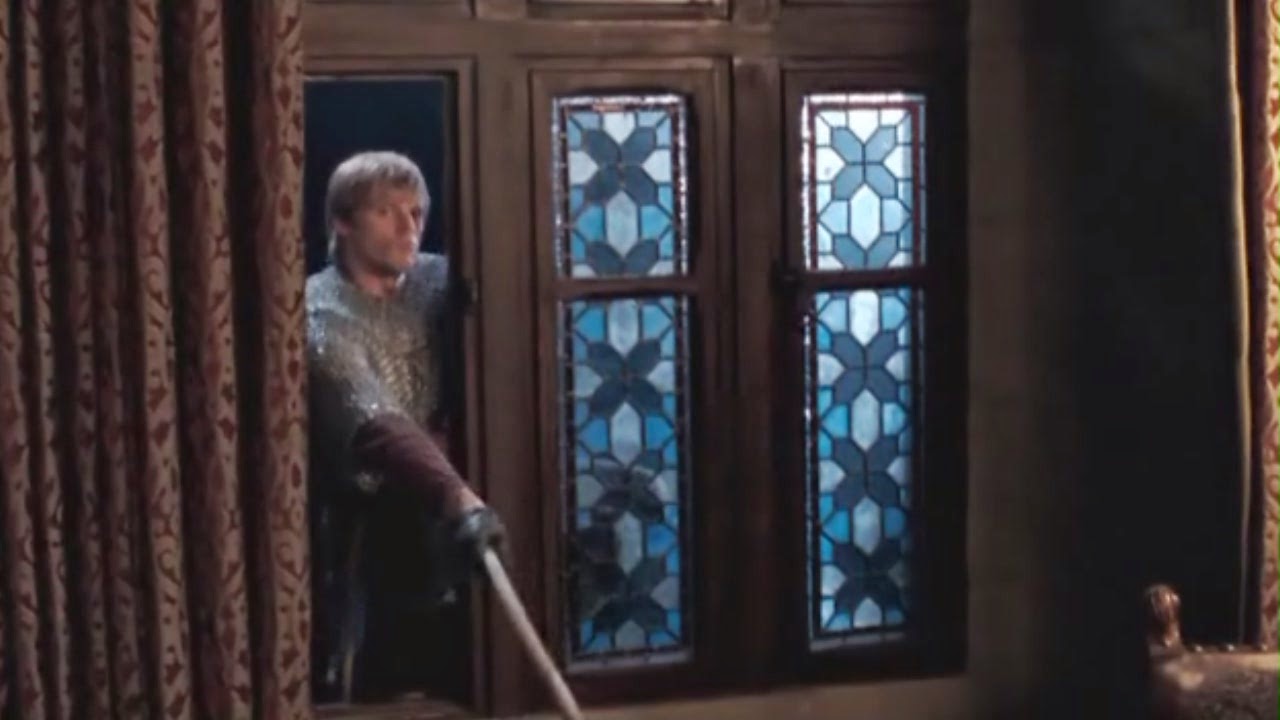 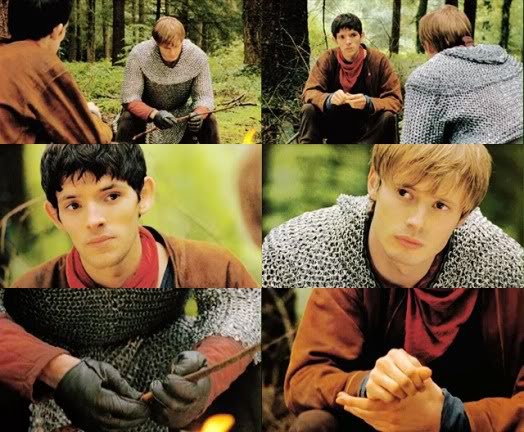 The next day, they complete the ride to Morgause's place which is through a lake and a waterfall to a hidden realm beyond. Morgause meets them and tells Arthur to put his head on a chopping block. When he does, she picks up an axe. (More shades of Sir Gwain and the Green Knight...) 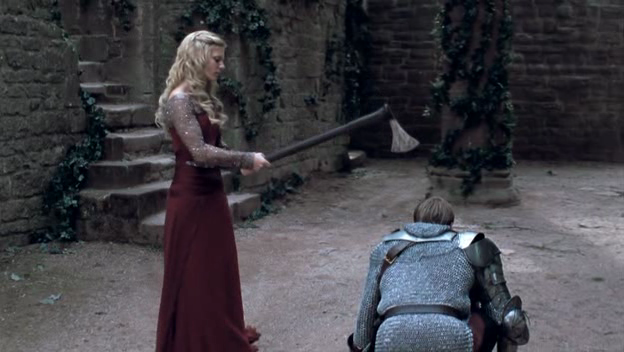 Because he did everything she asked of him, Morgause grants Arthur a wish. his wish is to find out as much as she knows about this mother. Morgause conjures Ygraine's spirit...I guess...but she's solid and they're able to hug. Anyway, Ygraine tells Arthur how Uther got Nimueh to use magic so Ygraine would be able to conceive Arthur and because that sort of magic requires a life for a life, Uther sacrificed Ygraine to continue the Pendragon line.And then Ygraine vanishes leaving Arthur again. 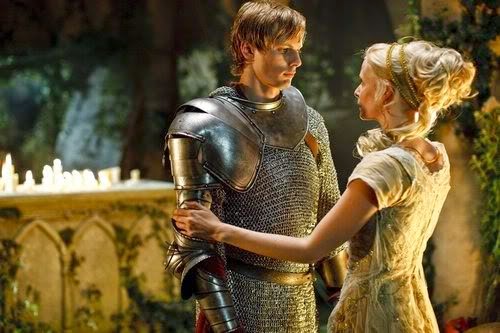 Arthur is piiiiiiiiiiiiisssssssssssssssssssssssed, and they ride back to Camelot where he confronts Uther and they have this giant showdown that ends in a sword fight. After confronting Gaius about Uther's hypocrisy, Merlin busts in at the last minute when Arthur has his sword to his father's throat. Merlin convinces Arthur not to kill Uther by lying and telling him that Morgause had lied because she was an evil, terrible sorcerer like all magic users are.

Arthur finally stands down and lets Uther live. Arthur is sad and broken. Later, Arthur thanks Merlin and Uther goes to Merlin's chambers to thank him, too.This will in no way keep Uther from threatening Merlin's life in later episodes.


And now, the questions!


1.       If I’d written this episode... Honestly, I really love this episode. I'm not sure I'd change anything.
2.    The thing I loved/hated most about this episode. Loved: Seeing a badass female knight. Yeah, I know she's evil and all and wears horrid dresses, but I really like her fighting style. I also liked seeing seeing Arthur and Merlin bond over their missing parents. And I *loved* seeing Arthur rip into Uther like that. That scene is fantastic. And the sword fight between Uther and Arthur was spectacular.
Hated: Morgause's dress with the fiery passion of a thousand burning suns.
.
3.    Something you’ve never noticed about this episode before.How bare Uther's table looks without fruit. It was actually fruitless in a couple scenes.
4.    Favorite Costume. Okay, I'm shaking things up a little and going with least favorite costume and that's Morgause's Miranda Lambert get-up. I was once forced to watch Miranda Lambert perform at Lilith Fair. It was both surreal and a little awful. #notafan 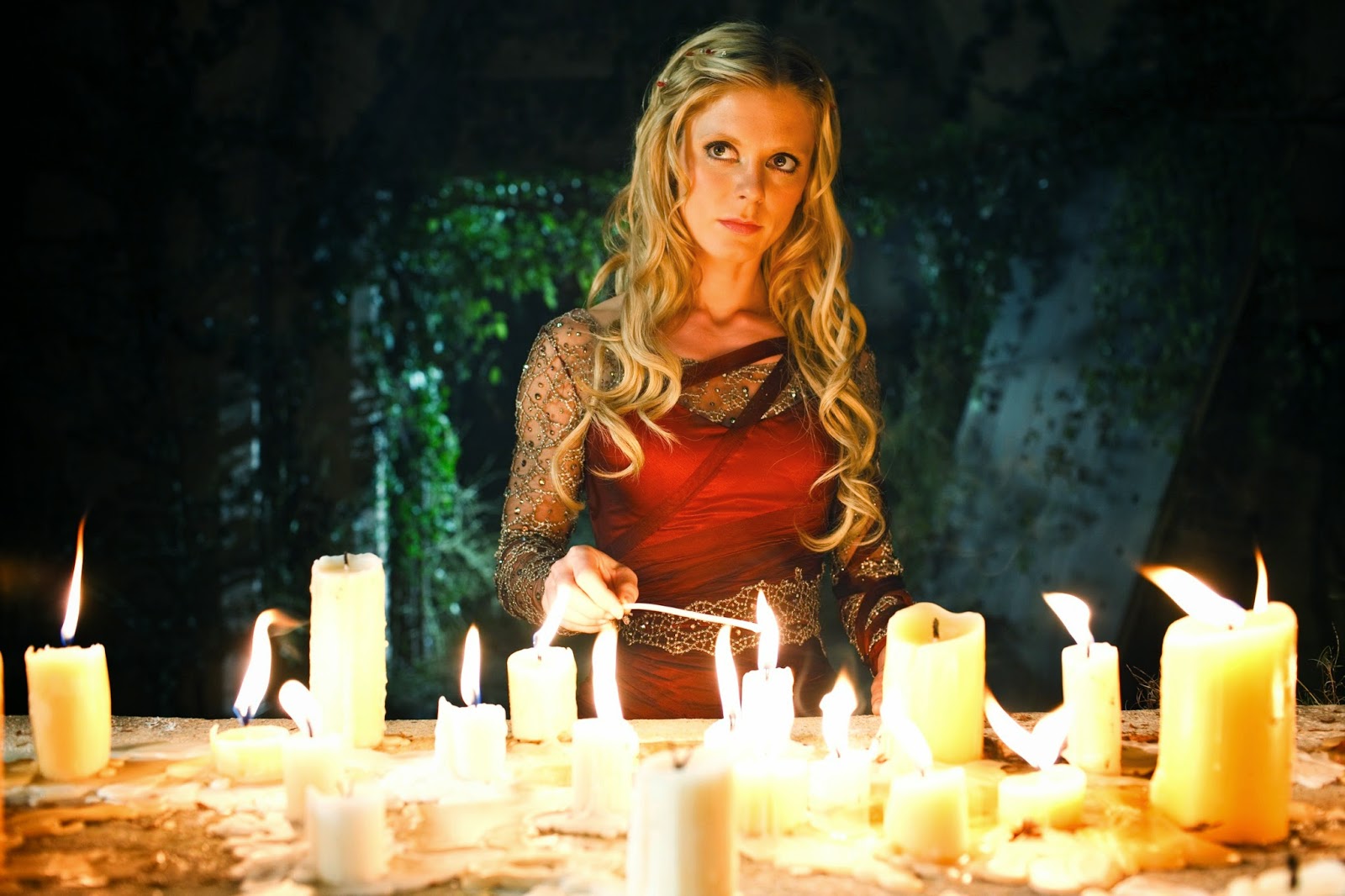 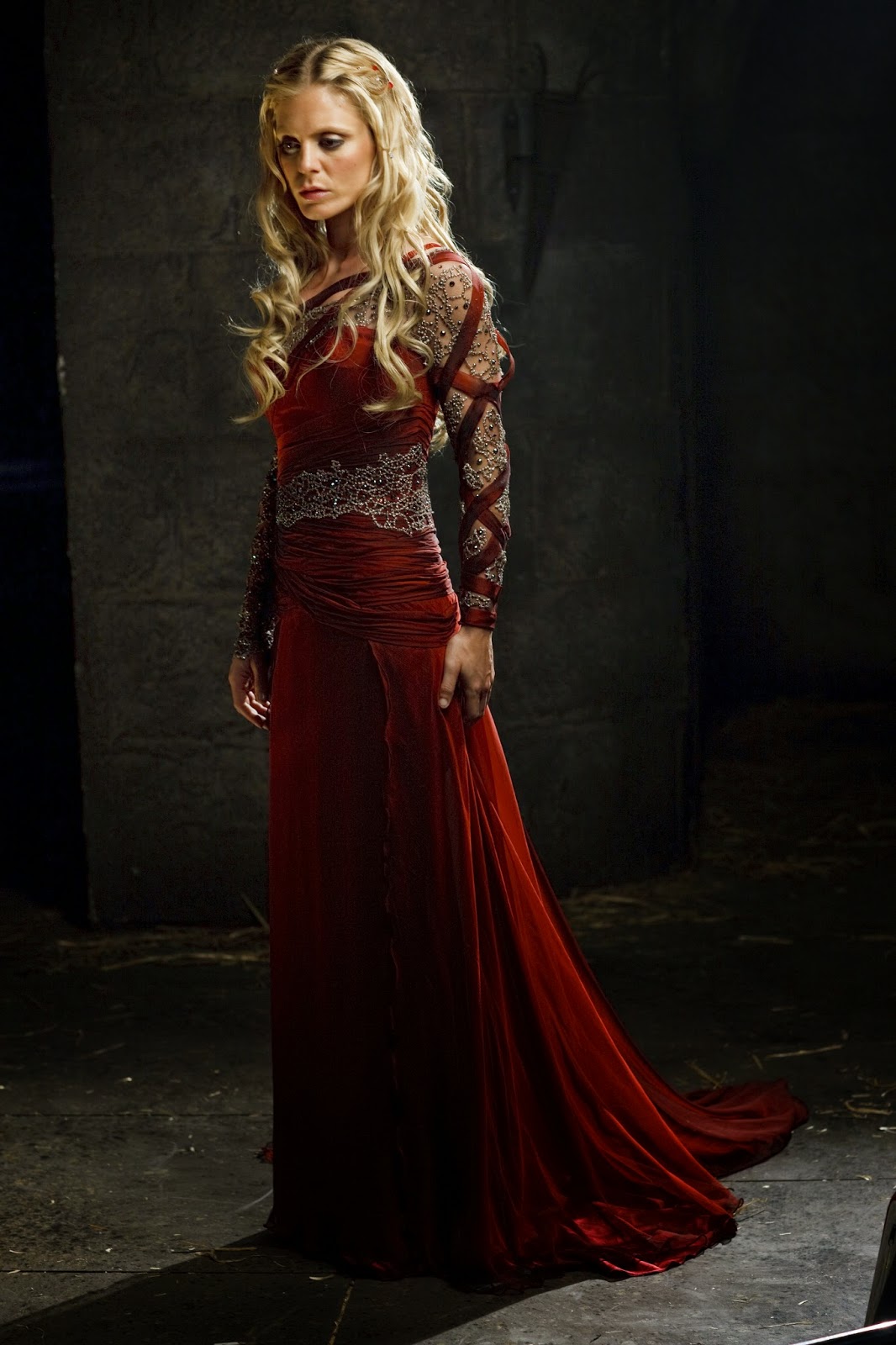 5.    Here is Proof of some random head canon I’ve created. Okay, this isn't my canon, but this is something that Jess and I have discussed, and I can't go into to much detail right now, because spoilers, but there seems to be something a little more intense going on between Morgana and Morgause - more than the viewer sees on the surface.

6.    What Merthur moment did Jess have the naughtiest thoughts about? I think she had sweet Merthur thoughts when they were bonding over their missing parents. And also when Merlin was lying to Arthur (for his own good) because he was putting aside what he wanted in order to protect Arthur. .
7.   What made Jen lose her shit (in a good or bad way) in a bad way? Three words. Uther. Sword. Fighting.

OMG, you asked me to go to that Lilith Fair. I would have strangled you. Miranda Lambert would have been the friendship ender.

I didn't know she was gonna be there! It was the worst surprise EVER!

Any yes, the dress...*sigh* And I believe we see her in it again at some point. It should be burned.