So today is all about celebrity crushes. I'll straight up admit that this likely overwhelming post is just a small, small sampling of the first few people who sprang to mind when this topic was introduced. And like most writers, I'll admit to modeling more than a few characters off actors and musicians.

Anyhow...these are a few current and long term crushes in no particular order whatsoever, because I find that shit stressful.

Let's open with... Benedict Cumberbatch. Who doesn't love this man - well, besides Jenny Trout who says he looks like a lizard wearing a man suit. Whatever, Trout. More for the rest of us.I adore him in Sherlock, Star Trek and various fantasies.

Next up I give me you Tom Hiddleston. Screw that. I give him to me because Tom Freaking Hiddleston. He's got the best smile, his voice is like warm English accented honey, dear god, that man... 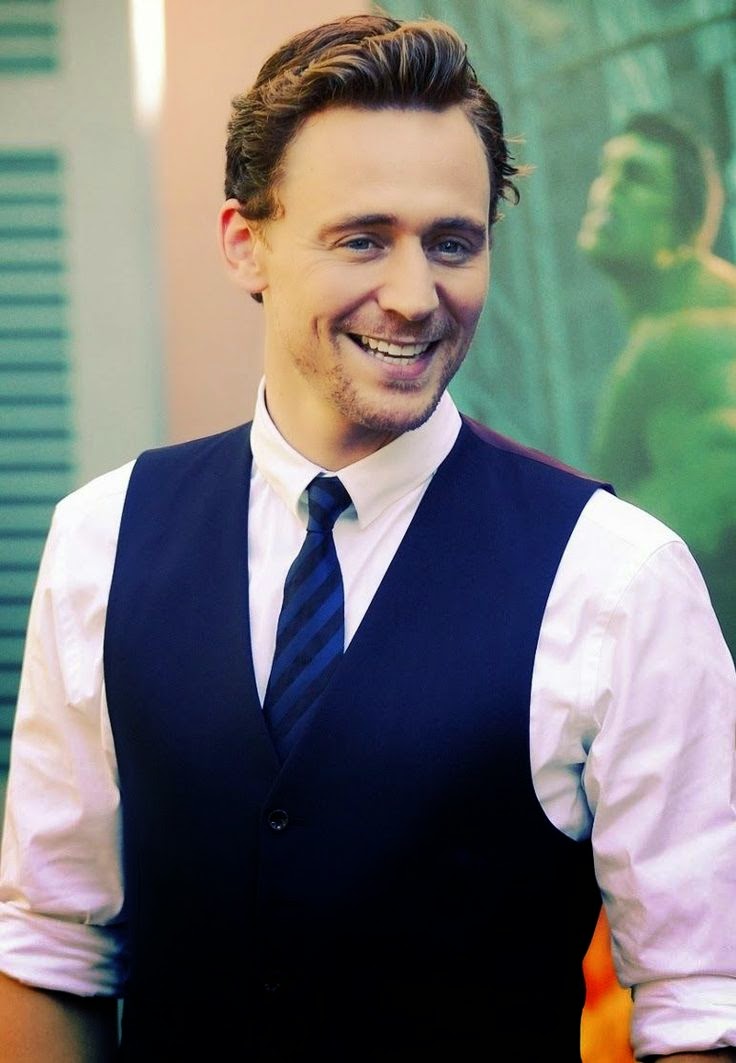 Moving over to Ireland, there's the yummy Colin O'Donoghue - better known at Captain Hook on Once Upon a Time. 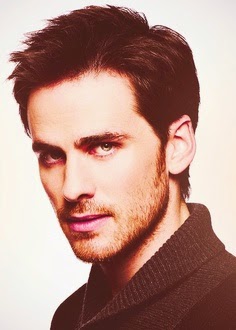 And while we're in Ireland, let's check out Katie McGrath because I'm absolutely in love with her. My sister thinks Katie looks better as a blonde. Now, my sister isn't often wrong, but in this case, so very wrong. 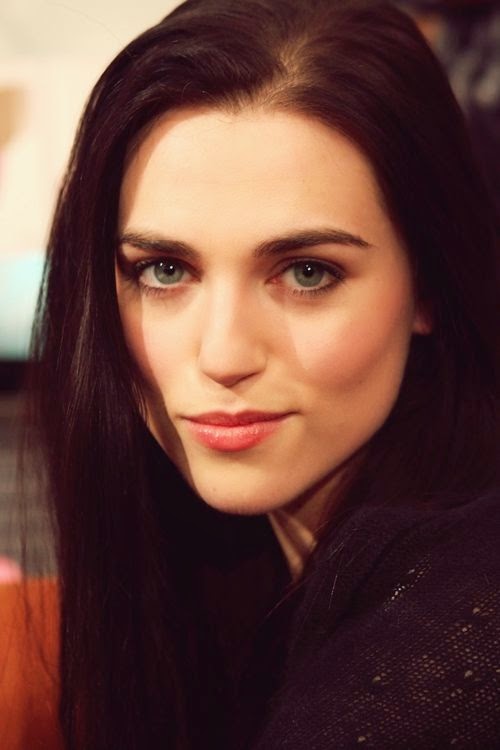 And I can't forget about fellow Irishman, Colin Morgan - while I don't love him as fiercely as Jess, does, I do appreciate him. Particularly when he's scruffy. 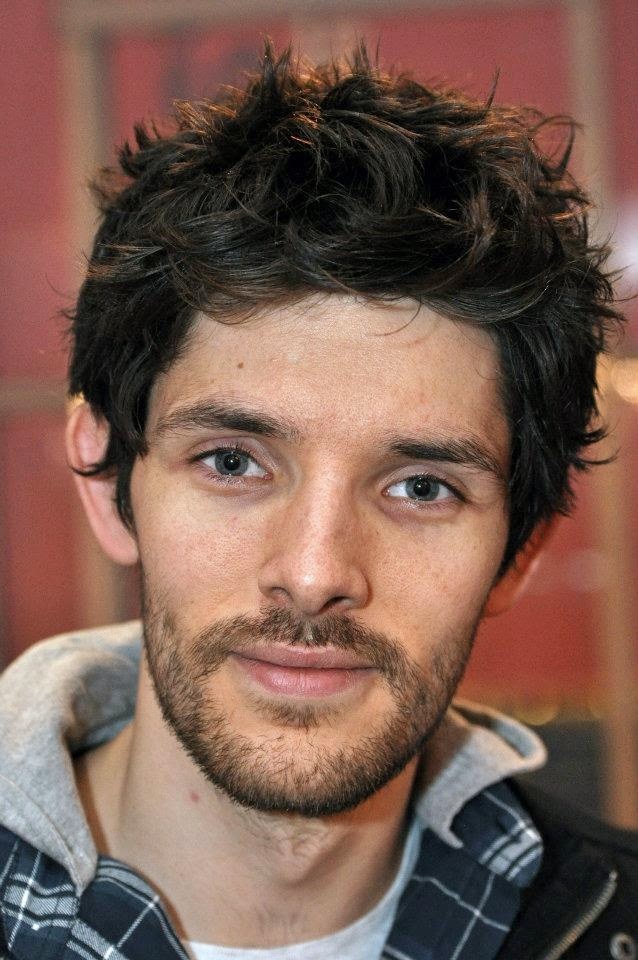 At this point, lest you all think I have a "type," I give you Sir Patrick Stewart. I don't care that he's old-ish, I've adored him since I saw Excalibur when I was like twelve or something. 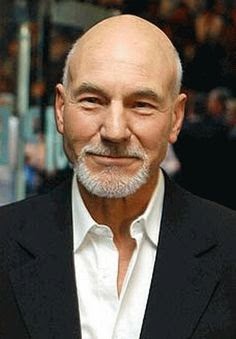 Gina Torres. Gina Freaking Torres. I love her so damn much. She's insanely gorgeous, smart, sexy, and did I mention gorgeous? And also plays one of my favorite characters of all time - Zoe on Firefly? Fuck yeah, Gina. 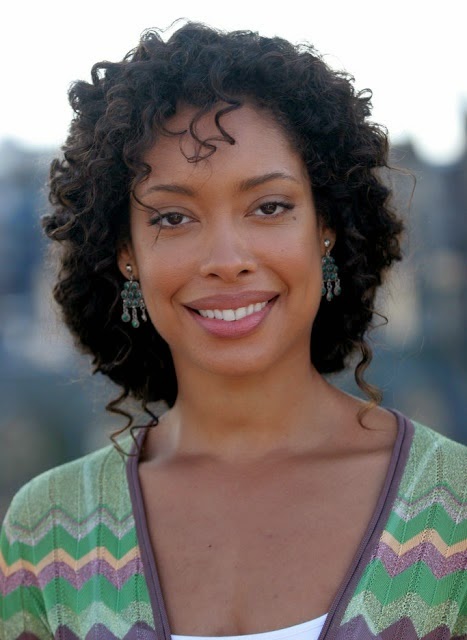 Oh Jensen Ackles, you're my favorite part of Supernatural, what with your bad boy ways and your pouty mouth. And I'm a sucker for green eyes. 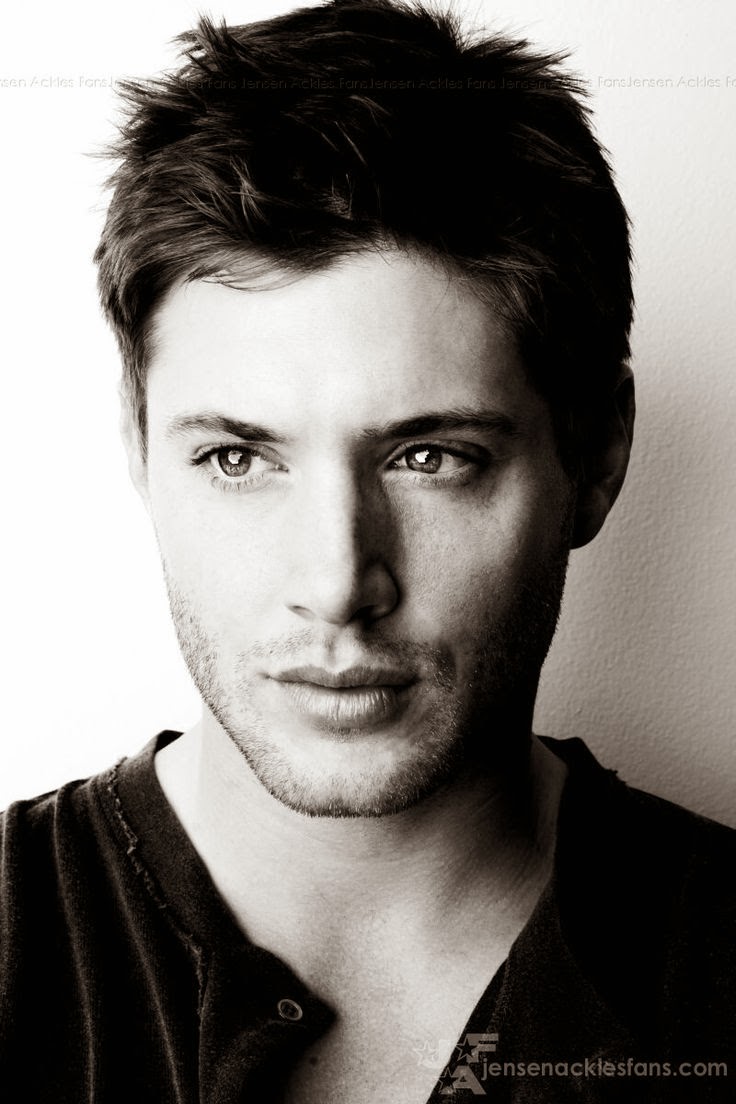 Now, I'm not big on blonde men. I'm just not - they don't do it for me (not that you'd be able to tell from the aforementioned men) but there's something about Bradley James that really does do it for me, so he gets a spot. 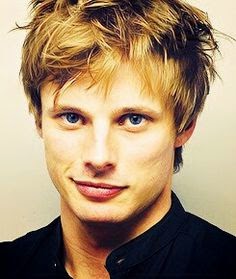 Oh, Hugh Dancy (back to dark and scruffy - don't judge me!) I do adore you and your portrayal of Will Graham makes my week. 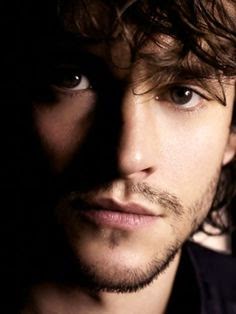 And while we're visiting Dark and Scruffy Land, how about some Kit Harrington? Don't mind if I do... 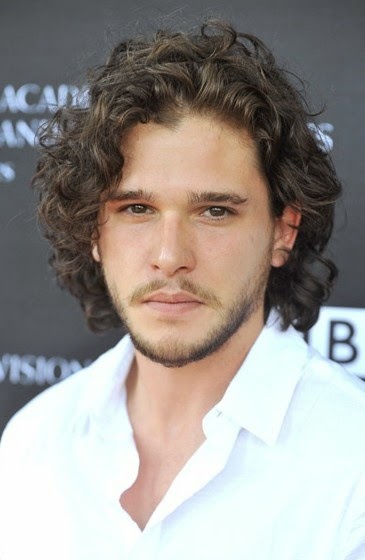 Since I'm still not ready to leave Dark and Scruffy Land, let's stop and take a minute to visit with Russell Brand. I love this guy - yeah, he's kind of an ass sometimes, but he's also incredibly smart, hilarious and passionate about making the world a better place. What's not to love? 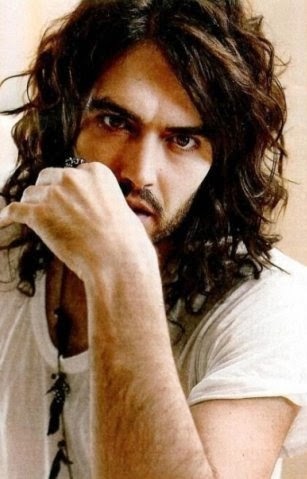 Also making the world a better place is Tim Minchin - comic and composer *and* he just played Judas in Jesus Christ Superstar last year. Also, he wrote the musical, Matilda and he's just amazing. And hilarious. And a ginger. 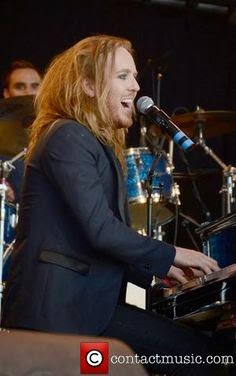 Oh David Tennant...how do I love thee. If I counted all the ways, I'd never get to bed. 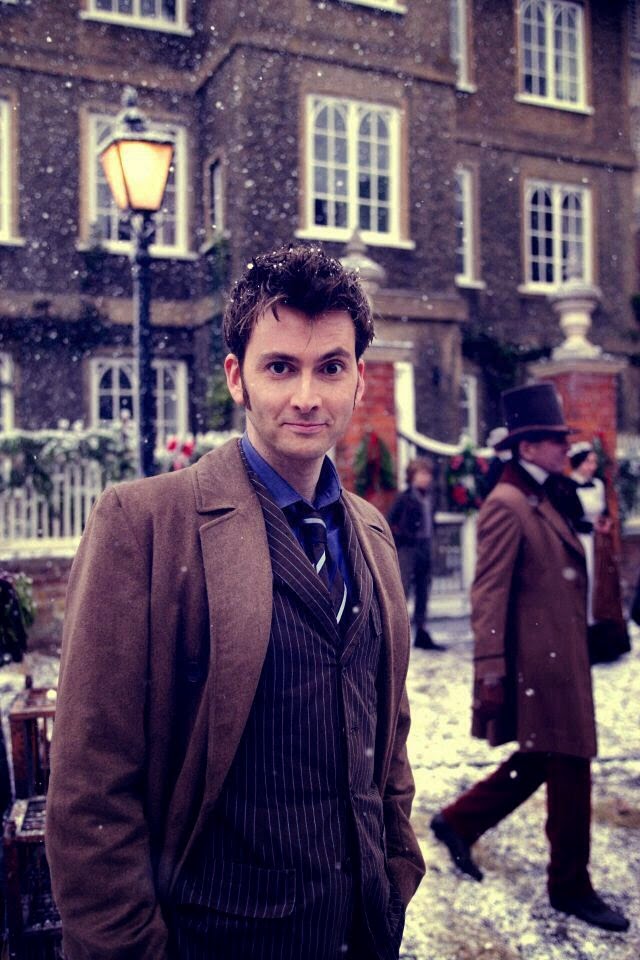 Apparently, I'm still not done with Britain, yet, because Anthony Stewart Head! I've loved him since Buffy. 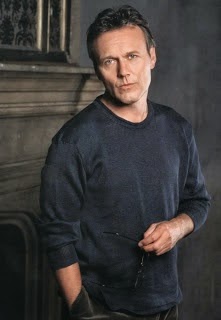 Felicia Day is absolutely delightful and I love her. Funny, smart, geeky, adorable, and also Charlie, one of my favorite recurring Supernatural characters. I heart her. 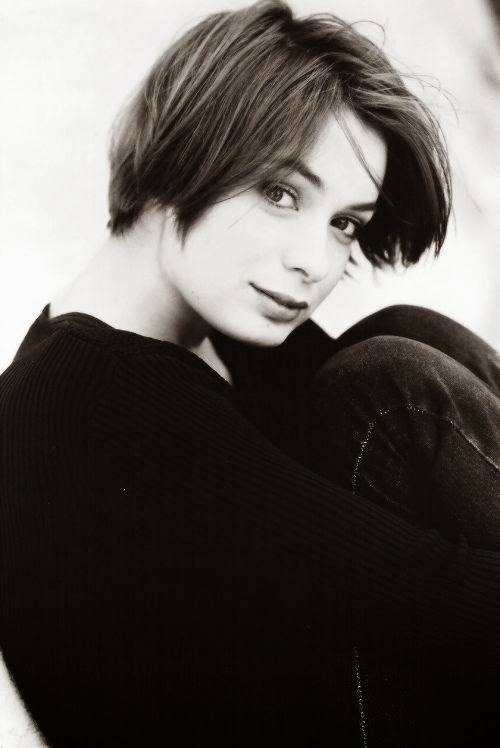 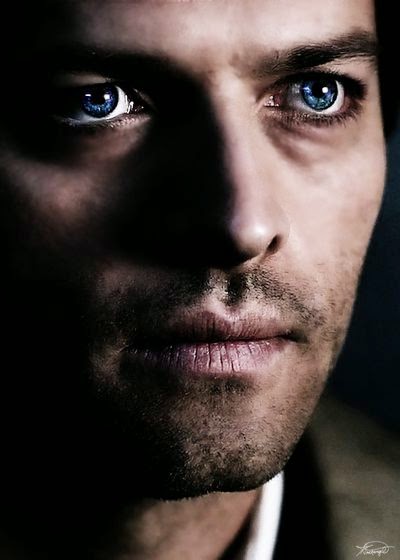 Oh, Keith Hamilton Cobb, I miss your dreads, but damn, you're still beautiful. So beautiful. 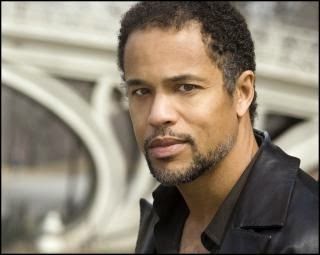 Mads Mikkelsen...he's positively hypnotic. I can't not watch him. He's fascinating. Not unlike a dangerous animal and I don't think that's just his portrayal of Hannibal. 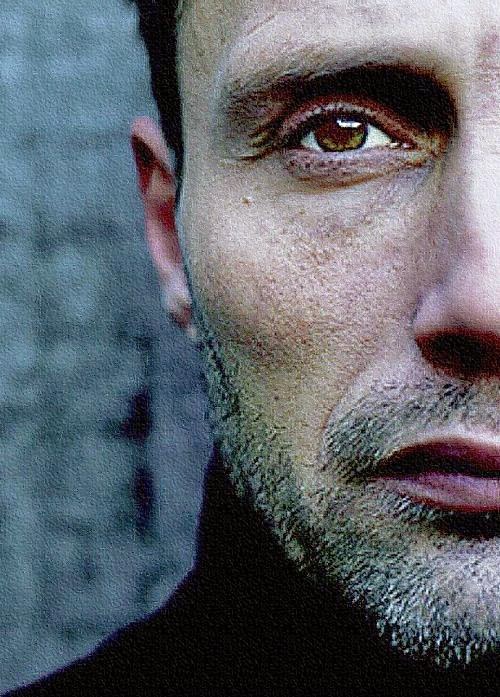 And last, but certainly not least, Richard Armitage. Dear lord, that man... 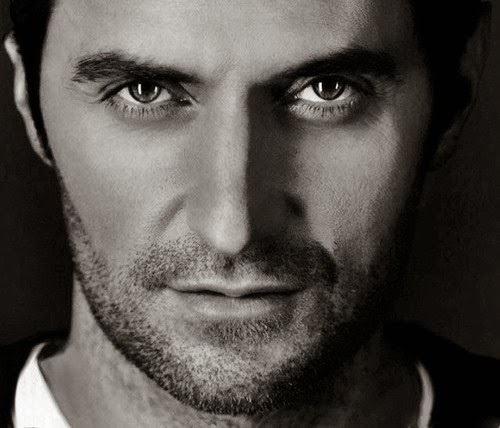 There are so many more, but I really want to sleep at some point tonight. But, I'm anxious to see who everyone else listed and how many crossovers there are.Click a name to find the lists.

Why doesn't it surprise me that our lists overlap quite a bit...

Also, just to clarify...I don't need an excuse to look up Colin Morgan pics. It is simply part of my day. ;-)

Your sister is so wrong. Katie is sooooo much hotter with dark hair.

And Cucumberbat looks like an alien masquerading as a human. His name might as well be Ford Prefect.

Very nice... Some of them I've never heard of. :) But a few faves overlap (although I was drawing a complete blank when writing my post).

Oh wow! I didn't even recognize Keith Hamilton Cobb without the dreads! Still looking hot but mmmm those dreads.

Colin O'Donoghue is beautifully sexy with his guy liner as Capt'n Hook in OUaT but without it he's just a'ight.

I will probably be sorry to admit this but I have yet to watch anything Cumberbatch is in as such I have yet to understand the sexiness that everyone else sees. I figure it must be a character or the way he moves sort of thing.

Seriously... Sam Winchester didn't get a mention... how are we friends. No crossovers. Yeah, I knew this would happen. I have unique tastes in men.

@coffeeandprozac - Dude...I was just having a hard time reining myself in!

@MissyMonster - I miss the dreads - that man was insanely beautiful and I've got two characters that were unashamedly based on him.

@Kris - We've got Viggo crossover - I just forgot to list him. Also...it will always be DEAN!

Oooh yes, yes, to all.
But these days, especially Will Graham. I cannot get ENOUGH of that series!!

Richard Armitage! Face palm! How did I forget him?

As for Tom Hiddleston, I'll be happy to take him off your hands.:)

I think my heart skipped a beat when I hit Colin O'Donahughe. And Hugh Dancy. And Richart Armitage.

You obviously have great taste! haha