Anya's got a new release - well, technically, she's got like three, but today, she's here to talk about Guarded Heart and also a little bit about her self because I ask nosy questions. (And I also use a lot of commas.)

But first, let's find out a little about Guarded Heart and then the nosy questions! 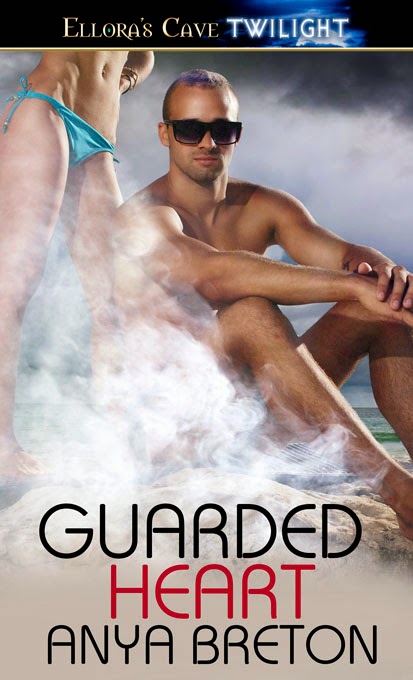 
Blurb:
Someone is trying to kill high priest Morgan Seaton, but the last person he wants protecting him is people-hater Brook Calder—a fellow Water witch from his youth. He values the witches of his coven too much to put them in danger from her shoot-first-ask-questions-later methods. But the head of Neptune’s Rangers assures Morgan that Brook is the best of the best, and attempts on his life are a weekly occurrence, so Morgan has no choice but to accept the help from the one witch he’s never been able to persuade.

If they can stop giving into their scorching desire everywhere—including the back of a limo or the bathroom floor—he might survive long enough to find out who wants him dead.

Now it's time to get to know Anya better, and that means...nosy question time! And also bio and links! 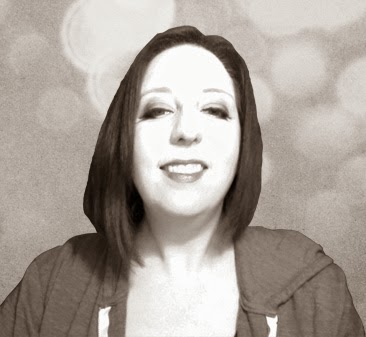 Author Bio:
Anya Breton is a web monkey with an obsession for nail polish and rubber chickens. Her fears include Peeps and people who hate clowns. She lives in the Midwest with her significant other.

o   Do you have any collections?

§  I collect rubber chickens of all sizes. I have little baby, 1 inch long chickens and some larger ones that hang from my rear view mirror. Looking for my car? Just find the chickens!

o   Are there any skills you’d like to learn?

o   What sound do you love?

o   What sound do you hate?

§  Christ on a cracker

o   Creating the characters and endings I want.

o   Do you have a day job aside from writing?

1.     I'm always interested in the world building involved in paranormal stories. What can you tell us about Neptune's Rangers?

a.       When building my world, I decided I needed more roles in the magical community than just regular witches and their leaders (priests/priestesses). So I came up with Clerics, Rangers, and Cleaners (borrowing a few D&D terms :D).

Rangers are badass private security. They only appear when called on. They can root out the bad element, provide protection, and even punish those who broke the rules. I envisioned Rangers for each “school” of magic. However, Rangers might work with any flavor of witch.

2.       Are there any characters in this book (or any other book) that you strongly identify with, and why?

3.       Are there other books in this series either released or upcoming? Do/Will they deal with the other elements?

a.       I have several books that take place in this same world as Guarded Heart. So in that, it’s kind of like a series. The other Ellora’s Cave books feature Air witches. My Sorceress urban fantasy series features the heads of all the covens. And Fire & Flame is a story about Fire witches.

4.       What draws you to writing about magic users in general and these characters in particular?

a.       It’s not so much the magic that I like writing about. It’s the society built around it. I’ve created several layers of prejudice, obligation, and even class distinction. I like being able to play with these themes outside of the society we actually live in.

5.       Bonus question: I see you're a nail polish junkie, and this fellow junkie wants to know what your favorite brands are.

a.       I have so many bottles of polish by different brands (Julep, Essie, China Glaze, etc) but the ORLY bottles end up getting used more than any of the others. So I’d say they’re my favorite J For decent, super cheap polish, I’d go with Color Show by Maybelline. You can get those for $3 or less.

Posted by Bronwyn Green at 3:00 AM

Thanks so much for hosting me!