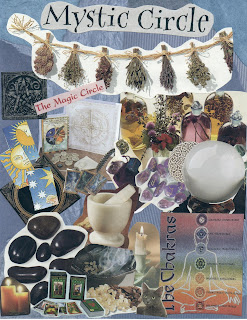 I'm pretty geeked. I just found out that my upcoming
release is FLE free. No final line edits except for a couple
commas that needed to be extracted as I like commas far more than the publishing industry. I also got my author copies this morning too - woohoo. 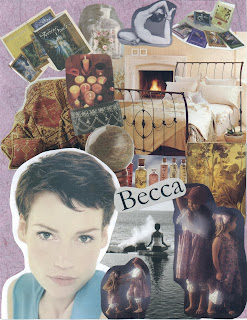 In celebration of lack 'o fles, I'm posting the picture pages for Mystic Circle and an excerpt. These are some of my earlier pages and I'm less fond of them than I am some of the later ones...particlarly Jack's page, but oh well. I'm not about to re-do them. 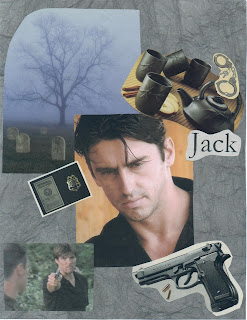 ~Excerpt from Mystic Circle ~
“Look,” she cut him off. “I’ll tell you everything I know. Then, I imagine you’ll invite me downtown.” She held his gaze, her voice steady. “Let’s just skip the part where you’re a jerk.”
“Okay, witchypoo. Do your thing. Cast your spell and tell me what I need to know.” God, he was a bastard today. Who was he kidding? Today wasn’t any different.
She narrowed her eyes. “Antagonistic. Let’s skip that part too.”
"Sorry,” he murmured, almost contrite.
The sculpted muscles of her arms and shoulders tightened with tension. She dropped her gaze, seeming unnerved by his apology. Defeat tugged at the corners of her mouth.
He cleared his throat. “Go ahead and tell me what happened.”
“I couldn’t sleep last night,” she began. “So I ran a bath.”
He tried to force the image of her lying back in a tub, droplets of water beaded on her breasts from his mind.
Absently fiddling with a silver locket that dangled between her breasts, she glanced at him quizzically—as if she knew his thoughts. Yeah, right.
“I know you’re going to think I’m crazy,” she blurted. “But I’m telling you the truth.”
His pen hovered above the notepad. “Go ahead.”
She took a breath as if sucking in courage. “I lit some candles.”
He closed his eyes, haunted by the thought candle light shimmering on her damp breasts.
“Anyway, I kind of zoned out, just staring at the flames reflected in the water. And I saw it.” Her voice broke and she swallowed hard.
He waited for her to continue. Unless she said she saw the abduction of Sharon Delong through her bathroom window, she was lying.
“I saw a man dragging a tall, blonde woman out of her house. She broke a glass pane in her front door as she was trying to hang on and cut herself.”
The coroner had pulled tiny shards of glass from the victim’s right hand. Jack rubbed the back of his neck, warding off the tickle of unease that crept over his skin.
“He tied her hands and put a black cloth over her head. Then he shoved her in a van.”
Jack glanced at Becca. Her eyes were closed and tears seeped down her cheeks. A pang of regret prodded him but he fought the stupid urge to comfort her.
“I saw street signs as they traveled but then they got blurry. The van stopped in front of a white two story house. I got out of the tub and tried to call the police but my phone was dead.” She winced apologetically. “I always forget to put it on the charger. I threw on some clothes and ran down to the payphone outside of Sid’s Market.” 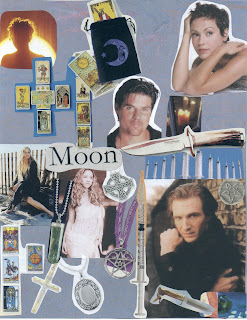 “That's your story?”
Her eyes flew open and she pinned him with her shiny gaze. “It's the truth.”
He shook his head. “The only way you could possibly have these details is if you participated.”
She shot to her feet. “I would never harm anyone. I certainly wouldn't torture a person and carve into her flesh.”
Bingo . He had her. “You didn't mention that little detail earlier.”
“I saw it while I was waiting for someone to pick up the phone. I saw her tied to a table and…and then he cut her.”

“Who is he?” Jack asked.
“I have no idea.”
He tried a different tack. “What did he look like?”
She shook her head helplessly. “I don't know. His features were blurred out like the street signs. It was as if he'd warded himself.”
“Warded.”
“It's the metaphysical equivalent of being in disguise. I think he shielded himself somehow.”
“With a magic spell?” Jack couldn't keep the incredulity from his voice.
Becca looked away, her lips compressed as if she refused to say anything else. She slung a huge patchwork bag over her shoulder and pushed her feet into a pair of sandals near the desk.
Studying her, he rose. The corners of her mouth turned downward, and resignation dulled her eyes. Remorse pummeled him. What the hell was he feeling guilty about?
It didn't matter that this woman seemed fragile and lost. Defeated. He wasn't about to feel sorry for her. She'd just sat here and lied to him about one of the more brutal murders he'd ever seen.
She cleared her throat. “I'm guessing this is the part where you take me downtown.”
No question about that. He just needed to figure out how he wanted to play this. Be her friend, stop and get her some coffee, coax her into confiding in him? Or scare it out of her?
Sighing, he pinched the bridge of his nose, in an attempt to stave off the throbbing behind his eyes. He didn't have the patience to play nice. The scent of spilled blood still lingered in his nostrils, and the victim's expression of unmitigated terror was seared onto his brain.
Becca stared at him expectantly, then turned around. She placed her wrists together behind her back, offering herself to him. Her shoulders straightened as she awaited her fate. She looked like Goddamn Joan of Arc headed for the stake.
Guilt sucker-punched him for the second time that morning. “You’ll need to leave your purse.”
She let it slip to the floor and resumed her position. Cursing inwardly, he circled a slender wrist with his fingers. Her skin slid softly beneath his roughened hand and he paused. She met his gaze. Hope flared in those dove gray eyes. Even when the cold clank of the handcuffs crushed it, she refused to look away from him.
Posted by Bronwyn Green at 7:58 AM

I like how you do the storyboards. I wish I was that organized. I write the story as it comes to me

Oh, yes, soon, soon. Really looking forward to this one.

Wow, Bron, this sounds great. Now tell me, is she reading his mind? His naughty naughty mind?

Love the picture pages! Still gathering images for mine...

I wish I was creative like that. I love the idea of picture story boards. That is so neat.

I also can not wait to read this one, very exciting!

Yikes, Bronwyn! Your excerpt gave me goosebumps. What a thriller!

Awwwwwwwwww see! My picture page pales in comparison even though *you* were the one who got me fixated on it. And here I was gonna post it this week when I got the nerve. *sigh*

Yay for being FLE free (which sounds like you are wearing a collar or something... but yay!)
xo
S

Like Sommer, I am SO gonna' steal this idea for my current novel. I love the pictures.

I'm sure you've said somewhere, but do you do them on paper or on the computer? I'm much more computer-oriented, but am not sure what program I'd use to create them...

Congrats on the non-fle fle.

Sommer, I think you did a great job on yours - I really liked it.

Shanna, I find a lot of the images online and in catalogs and magazines, then I cut everything out and glue them to the page. And yes...it's a *brilliant* procrastination tool.