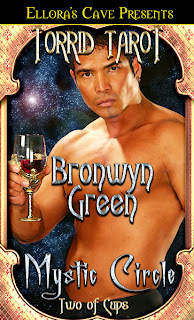 Is the cover guy Asian? Could he be?

holy hell!! Tell me that's in pring some where and I can go out and get it!!!

I'm so not above begging.

Congrats on your new release! Added it to my TBB list:)

I love your humor, what a great excerpt. Definitely a book I would love to read.

Congrats on the new book. Hope you get lots of sales.

I didn't know we could take a police/citizen course. I should do that for research. Cool idea. I'll have to see if my local PD has that.

This looks great! Love the cover. Wishing you many sales, Bron!

WOW!! What a great excerpt!! This sounds like it is going to be an awesome book! I hope that your life will calm down, it is such a shame about your sons friends mom! What a tragedy! Hope you get to feeling better too!!

Couldn't stop laughing. Thanks for the teaser.

Congrats on the New Release!

What? You're not supposed to steal the police car and drive it wildly down the highway??

OH MY GOSH I'm so excited for this!!! You fabulous writer, you. I mean, Me. Yay!!! Happy happy happy release day.

Fred. (who is dying to read MC)

Ha! I love that the comments all mention "release" after reading this excerpt. Or maybe I have the mind of a 14 year old. Hmmm.
So, is there a "Cops" YouTube?
All kidding aside, I heart Jack, always have.