I've come to the conclusion that I like water. A lot.

Well, I'm back from vacation. I'm glad to be home, but I'm going to miss falling asleep to the sounds of waves on the shore, wind in the trees and coyote howls. I'm also going to miss campfires and seeing bazillions of stars at night.

I will not, however, miss the too small bed or the bathroom that's even tinier than our current bathroom. (Hint: I can stand in the middle of the room and touch all four walls without moving other than to spin...and I have T-Rex arms.)

But, on to the pictures. These are just some really pretty flowers growing down by Indian Lake where we stayed. After I took this picture, my niece picked them and braided them into my hair. 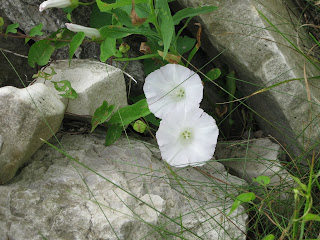 This is a log that washed out of the lake a few years ago. It's particularly cool, because it was clearly meant to be part of someone's cabin. Around the turn of the century, people would transport the logs across the lake by pulling them over the ice. The owners of the cabins we stayed in figured that this one broke through the ice and decades later, finally made it to shore. It makes a lovely bench. 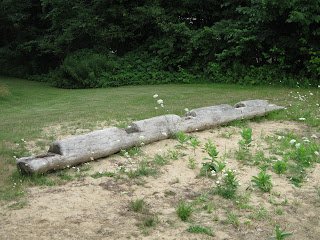 A storm blowing in off Lake Michigan while we were swimming. 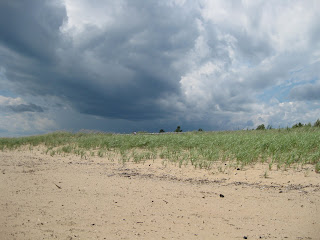 Indian Lake after the storm. There was a rainbow, too, but it didn't photograph well. 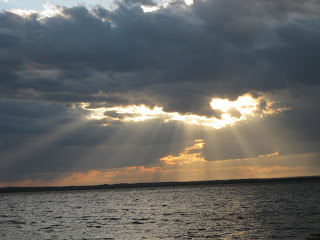 Lake Superior at Grand Marais. It was the first time I'd ever been here. I love it and I'll definitely be going back next year. 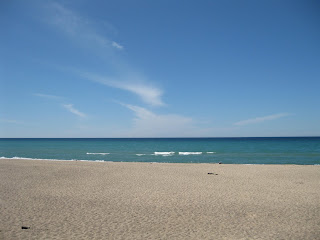 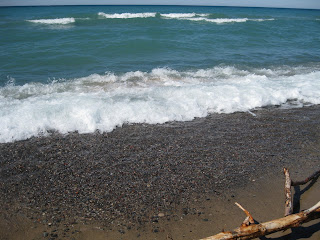 I bet after all this water, it looks pretty weird to see a building, but this one is special. I drove all the way up to Copper Harbor on Thursday and on the way I drove through Houghton where Matt went to school and then into Hancock where we lived for a year. This is our first apartment! The downstairs used to be a chiropractor's office and a video store and there were two apartments upstairs. Ours was the one on the right. The huge window above the kitchen sink stared at nothing but the cinder block wall of the building next door. I always wanted to paint a mural on the wall, but I never got around to it. I loved this place. 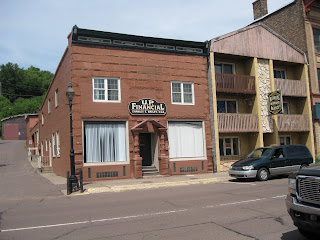 Oh look...it's more water. What a shocker that must be for you all. This is the western-most edge of Michigan and yet another one of Lake Superior's beaches. 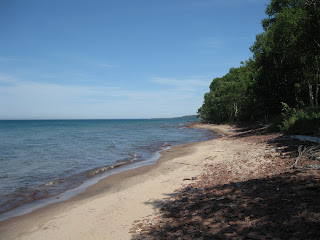 This is Jacob's Falls located on Highway 26 right before you head into Eagle Harbor. There are waterfalls all over the U.P. 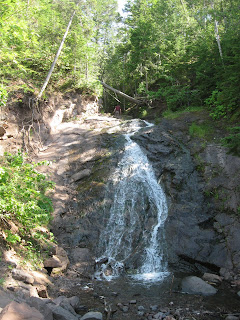 This is a place I've been trying to remember for years. When Matt was in college, we took several day trips with friends and these stairs lead up to a terrifyingly gorgeous spot along Lake Superior. 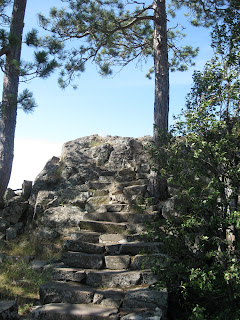 The locals called it Devil's Wash Basin. It's a rock formation that juts out into the water and there's a circular opening between the rocks. Basically, if you were unlucky enough to fall in the water you'd most likely end up with a broken neck or a head injury since there's really no getting out. 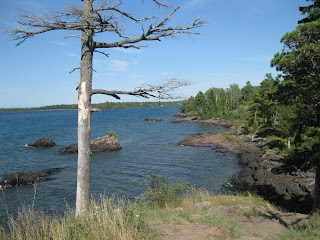 And yes...we were stupid enough to climb on them. I have no idea what we were thinking aside from being young incredibly stupid. 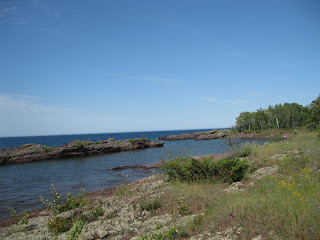 You might be wondering about this Road Ends sign. This is as far as you can drive in Michigan. This is it. From here on out, you're on foot 'til you hit the water. 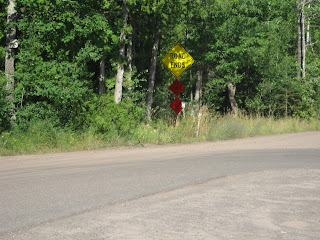 This is just a really pretty stream along Highway 41. 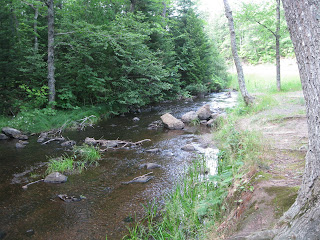 Sunset over the southern shore of Lake Superior shortly before the storm from hell came and stranded me along Highway 94. The rain was cold, the road was warm so it was nothing but mist, darkness and rain so heavy I literally couldn't see to drive. At all. And I had to pee. 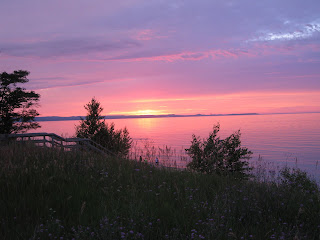 More of that same sunset. 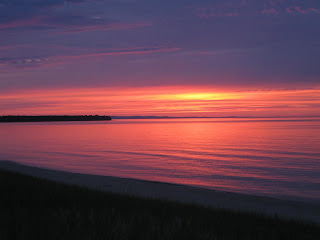 Sunset on the last night on Indian Lake. 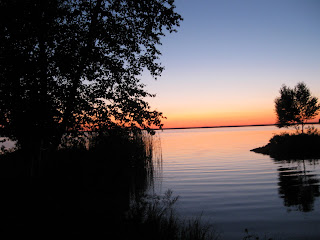 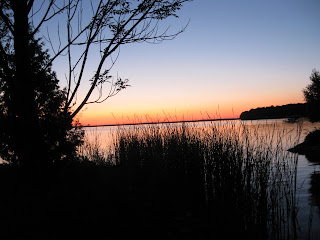 I'm already planning for next year!
Posted by Bronwyn Green at 7:09 PM

Labels: Bron goes on vacation and hangs out by a lot of water, Vacation pictures

Gorgeous, gorgeous sunset!! Wow. As someone who loves water and rocks, I appreciated this post especially. :) And the tag was awesome!

Welcome back, even if being back's not as awesome as being on vacation..

Awesome pics! Thanks for sharing!

I missed you!
~smooches~

So pretty! No wonder you love it there!

Oh wow, these images are so peaceful, and you are an amazing photographer!

Wow they were so beautiful! You have an eye for great shots too. I'm in Ontario so not to far away. We are very lucky to have such views here.

The pictures are beautiful! My cousin is doing her Doctorate in Houghton and we are going to her wedding in Eagle River.

Great pictures! I love being by the water, too. It's so calming. And I'll bet it was good for your muse, too!