Peace at the Drive-Thru 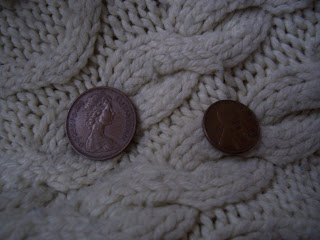 Four years ago, my grandpa was in the process of dying and it sucked...a lot. However, there were some bright spots in the process. Because of the nature of my job and the ages of my kids, I was able to spend several days a week with him, making him tea, hanging out and talking, making sure he had whatever he needed and just generally looking after him.

I'd go over in the morning after I dropped my kids off at school and relieve whichever of my relatives had spent the night and someone else would trade places with me when it was time for me to pick up my kids in the afternoon.

I never questioned the fact that he saw my Grandmother. I have a couple friends and a family member that see the dead, so why not my Grandpa - it made sense to me since he was so close to death himself. Even though I knew it was coming, and even though I knew it was for the best, I had a hard time making peace with it - until the morning of February 1st.

I was running late and I didn't have time to grab breakfast so I ran through the drive-thru at McDonald's...yeah, not the healthiest choice, but it was quick. After I paid for my meal, I was putting my change away and I noticed something odd. Instead of a penny, I had a British pence in my hand along with the other coins. I'm assuming that perhaps the cashier thought it was a Canadian penny since we get a lot of those in Michigan, but the Canadian penny is the same size as the U.S. penny and as you can see from the picture, this one is quite a bit bigger.

In fact, it was the same denomination that my Gram put in my shoe for luck the day I got married. According to her, it was supposed to be a six-pence in my shoe for luck, but at the time we couldn't find one, so we used a two-pence instead, because as she said, "something's better than nothing." I'm not sure if that's a tradition in all of the U.K. or if it's just a Welsh thing, but I walked around for an entire day with a coin in my shoe.

Anyway, as I sat there in the drive-thru staring at the coin, I realized it was my Gram's birthday that day and I felt this overwhelming sense of peace. I honestly felt like it was her way of letting me know that it was okay to let go of my Grandpa and that everything was going to be okay. He died in the early morning hours of February 3rd, surrounded by family and I have no doubt Ruby was waiting for him.

It's funny - life is full of little miracles...especially when we're least expecting them.
Posted by Bronwyn Green at 12:01 AM

Labels: Bronwyn Green, Grandparents, Something cool in the midst of something sad

It's true, life is a blessed thing if we look for the blessings.

The "coin in the shoe" story reminded me that when I got married, your mother tried to give me a six pence for my shoe, but she accidentally gave me a bus token.

I still have it in my jewelry box.

I have yet to meet or hear of someone who's dying who DOESN'T see a loved one. Sometimes they come and prep them a week or more ahead of time, talking, answering questions and generally calming them.

Gonna have to ask God about that one day.

Kelly, that is very, very special.
Thanks for sharing.

What a lovely memory. Thank you so much for sharing it.

The night before my uncle died (in his 80's--of complications from a cancer that should have been treatable)The nurse told him goodnight at the end of his shift and "I'll see you tomorrow." He told her "I won't be here tomorrow." She checked his chart to see if he was being transferred and he said, "I'm going with Dorothy." His wife, who had died maybe a year earlier.

In the morning, he was gone.

Life is full of strange and wonderful, and yeah, sad, things. That does sound like a sign.

I never knew that about six pence.