One of the coolest things about the writers retreat/vacation was the some of the people we met.

One of the people, I'd already met. You remember Bill the DNR guy? The one whose life I ruined? Well, I took him out to lunch on Thursday and Jess and Mia came with. Bill also brought his Boner of the Year award for me to see, because yes, he's just that awesome.

During Jess Jarman and my Copper Harbor tour, we saw a sign that said Grandpa's Barn. We thought it was going to be an antique shop. How delightfully wrong we were! It was a book store! A bookstore full of antique furniture and books for us to lust over. Aaaaannnnnd we met the very lovely Lesley DuTemple. She's another Michigan author, and she's an absolute doll.

Pro tip: I learned that if you make a crack about tax deductions while buying books, you'll meet awesome authors.

In addition to picking up Lesley's book, Stars in the Water, (which of course I had signed) I picked up a gorgeous art book with photographs by Steve Brimm, called Michigan's Upper Peninsula: Spirit of Place. Lesley directed us to his gallery where we went to check out his work and get my book signed. His artwork is absolutely phenomenal. Seriously, if I could crawl inside some of these pictures, I would. And bonus, he's a super nice, laid back guy.

Jess and I took the coast road back to the cabin and I'll post some of  pictures at the end of the post. But we stopped at various spots along the way back, played in the water, laughed our butts off, picked up rocks...the usual.

On the way back home Saturday, Mia Watts and I had a fab time meeting people. We passed a sign for a "Huge Book Sale" so of course, we had to stop. We met a lovely fiber artist named Jean who has an entire library set up in her barn, so of course we had to browse. She was a wonderful guide who not only shared her barn and books with us, but also gave us a tour and the history of her studio which was once the granary on the farm where she lives. The history of her home was fascinating. If it's okay with Jean, I'll share it with you all in another post.

After that stop, we went to an estate sale. While we didn't find anything there, we did enjoy looking around the lady's stained glass studio, aaaaand she kindly agreed to repair my busted stained glass faery that some evil children broke while playing ball in the house.

On the way out of Houghton, we stopped at this run-down looking building that was advertising Green Stone jewelry. Now, I've been fascinated by this building for years. I used to pass it on my way in and out of Houghton every time I went to see Matt. Which was a lot. But at that time, it was pretty much abandoned. Now it's a studio and living area for an awesome jeweler. Originally, it was meant to be a copper processing plant waaaaaaaaaaaaaay back in the day, but the bottom fell out of the market so it was shut down before it was ever operational. After that it was converted into a dance hall. I believe he said it was called the Michigan Ballroom and was apparently the place to party in the 1920s and 30s. It's been plenty of other things over the years, but I thought that was pretty cool.

In addition to getting a fascinating history of the place, he also showed us his workspace and let us handle the stones. One of the coolest things about meeting Paul is discovering that he made one of the rings that I wear everyday. It's a daffodil ring that I bought from an etsy store located in Marquette where he sells some of his jewelry. What are the odds of that?

We pretty much stayed in the car until we hit Munising (southern shore of Lake Superior) and we stopped at this awesome little pottery studio that I've been dying to visit every time I'm in town, but it's always closed. I am SO glad it was open when we came through. It's run by a husband and wife team, and while the wife wasn't there, Thomas was. He's a potter and the most delightful hippie ever. I adore him. I bought several of his giant mugs (Killian insists that they're steins) and they're perfect for huge vats of tea. He was also kind enough to let me use the bathroom in his place since he didn't have a public restroom. He and his wife live above the shop and I swear, it was like walking into my Aunt Malita's house. Driftwood and rocks everywhere, antiques, pottery, books - cluttered but comforting. Probably one of the nicest guys I've ever met. I'll definitely be going back up there with Matt and the boys later this month. Killian wants a vat of his own.

Here are some pictures Jess and I took on our Copper Harbor adventure. Interestingly enough, all of the people we met (with the exception of Bill and possibly Paul) are all people who chose to move to the UP - none of them were born there. And most are from other states altogether. I find that incredibly interesting.

These are all shots from the western coastline of Lake Superior except for the last four which are Jacob's Falls and sunrise on Superior in front of our cabin on the last day. (Click to embiggen for a better view.) 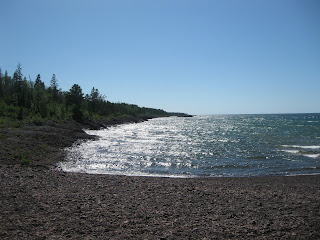 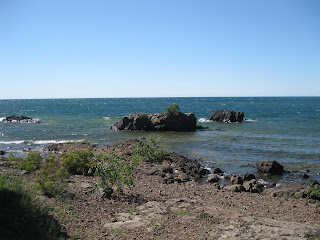 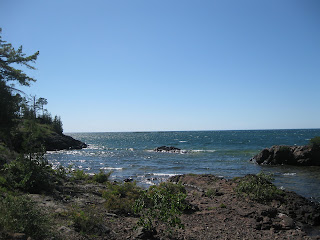 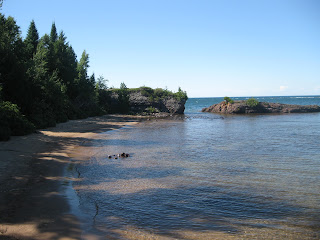 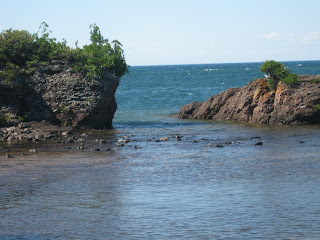 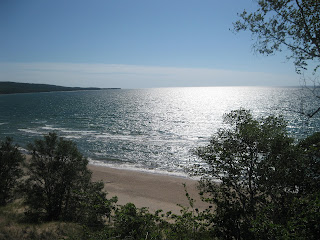 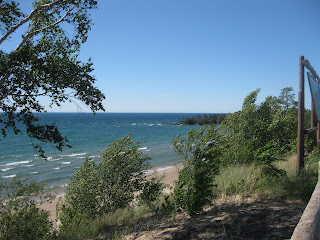 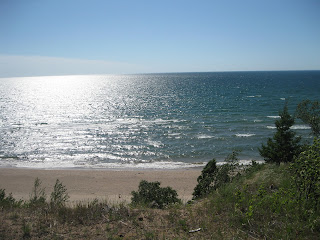 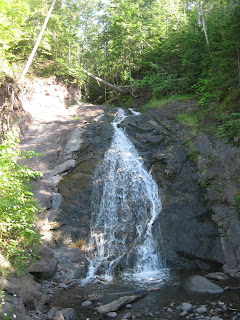 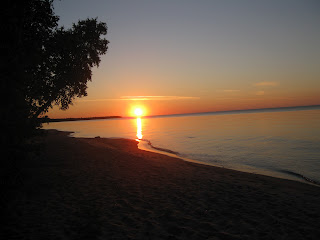 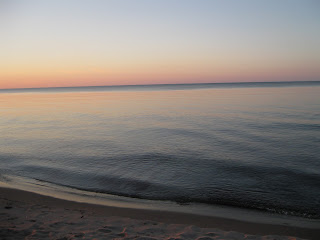 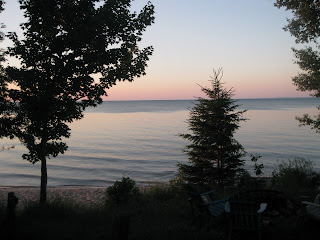 Posted by Bronwyn Green at 9:33 PM

It all sounds so inspiring! I'm sure your muses were pleased.

Sounds like you had some very cool experiences - and you got some great photos. :)

Aren't you glad you came to Copper Harbor and made a crack about tax deductions?! You were the bookstore highlight of my day, probably my summer.

Great pictures! Sounds like you had a wonderful and productive time. Hope you share more at Saturday's meeting!

You're such a cool person! Love the photos!

@ Margaret - My muses were freaking ecstatic!

@ Chris - Thank you! It was wonderful!

@ Lesley - Awwwww, thank you! I absolutely loved meeting you, too! :D